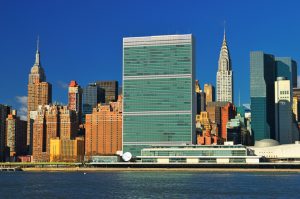 As a Korea specialist who regularly visits both North and South Korea (at least annually) and speaks with high-ranking officials, among others, I have noticed a disturbing trend over the last several months. In February, just after the inauguration of US President Donald Trump, one of the highest-ranking officials in Pyongyang indicated to me that the North Koreans had monitored all of Trump’s statements about North Korea during the presidential election, but would judge his intentions by his real actions, not his words. Thus, they were preparing for a period acute of confrontation with the new administration in its early months. Given what we have observed so far of Trump’s North Korea policy, a direct military action seems unlikely, but an exceptionally long and exhausting stand-off seems inevitable. In the meantime, the North Koreans are ready to respond to any scenario to ensure the ultimate survival of their political and economical system.

Recently, multiple governments and international organizations have intensified efforts to “impenetrably” seal North Korea’s borders with China and Russia, with recommendations to block the traffic through the main railway bridge across the Yalu River and cut off access to the cross-border pipeline. To facilitate such an unprecedented move, US military officials have even requested Congressional authority for the right to examine North Korean commercial ships at other countries’ harbors, including the Russian Federation.[1]

It is well known that the tensions over North Korea’s nuclear program development have escalated in recent years, attracting mainstream attention. In that process, however, there are a growing number of critical voices who have only a vague understanding where North Korea is even located. Mainstream media coverage of North Korea has portrayed Kim Jong Un as a villain, and followed a common logic, “Carthage must be destroyed.” I recall, in terror, that this was the case in 1950, when the United Nations went against its symbol—“the pigeon of peace”—and officially became a party of war against North Korea. Recent events, to a large extent, are reminiscent of the situation in 1950. Surely, both then and now, there are serious reasons—naturally seen as diametrically opposite by the parties involved—to escalate the North Korea issue, requiring an “exemplary punishment of a bad actor.”

Being in contact with a wide circle of international experts professionally studying Korea, I am assured that I am not the only one frustrated by renewed attempts by the UN, presented as the main agent of justice and peace in the world, to impose a de facto economic embargo on the DPRK, a state with a population of 25 million people; in essence, it is an unarmed war.

If the habit to discriminatorily punish “bad guys,” selected by the “stakeholders” in the UN’s elite at their own will persists, the majority of the ordinary members of the UN General Assembly may rebel and start asking rather sticky questions: if such a practice becomes standard, what will become of the UN itself?

While the popular belief these days is that negotiations with North Korea have never worked, it is important to remember the progress made under the US-North Korea Agreed Framework. For the time the agreement was in place, key components of North Korea’s nuclear weapons infrastructure were irreparably shuttered while the two countries worked toward normalization of relations. Had it been kept in place, it might have found a suitable way to deal with issues of cheating. But its abrupt end made subsequent efforts to negotiate difficult to start, with mistrust high on both sides, leading to the complex and dangerous situation we are in today. In order to get back to negotiations now, which most stakeholders seem to want—conditions for talks would need to be seriously discussed.

For this reason, I would like to highlight another problem, which in my opinion is equally fundamental–the near-term future of the United Nations. The states directing the UN, mobilizing its mechanism and possibilities, and above all exercising its authority, are trying to induce a total economic embargo on the DPRK, a UN member state, for actions that can be understood as mainly asserting its right to live in a way it has chosen for itself in accordance with its national traditions. Moreover, let’s keep in mind that for a long time, there has been considerable debate about the need for deep reformation of the UN. Apparently, there are strong reasons for it, but so far, such discussions have been carried out mainly in a peaceful, philosophical and academic sense.

But would happen if the UN succeeds in imposing an embargo against one of its member states? What will be the reaction of other members of the UN that are not part of the privileged minority and thriving G-20? Most likely, the reaction will be a rather emotional and long-lasting one with far-reaching consequences.

If the UN succeeds in imposing an economic embargo against North Korea, it is possible that members of the UN General Assembly could immediately and firmly raise a question of radical reformation of the UN’s structure and its authorities with principle and fundamental revision of their rights and powers. In my opinion, the deeper, institutional consequences of attempting actions such as trying to impose large-scale punitive sanctions against North Korea should not be ignored by the international diplomatic, academic and expert community.

[1] This provision has not been confirmed by US government officials, but has been widely reported in Russian media. See for instance (in Russian): https://svpressa.ru/world/article/171856/; http://tass.ru/politika/4235908; http://stockinfocus.ru/2017/05/05/ssha-obyavili-sebya-xozyaevami-v-primorskix-portax-rossii/; and https://topwar.ru/115068-kongress-ssha-o-kontrole-rossiyskih-portov-nas-ne-tak-ponyali.html. It should be noted that at least one of the reports acknowledges the possibility of misunderstanding.