A June 23 Rodong Sinmun article calling President Trump a “rough and reckless war maniac” and a “lunatic” is the latest—and harshest—in a series of commentaries attacking the President by name. However, whether this is a high water mark or the start of a new, highly negative public approach toward the United States cannot yet be determined. 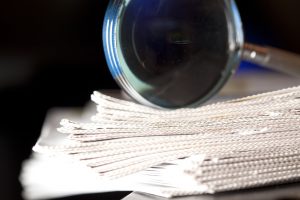 For the past month, Pyongyang has slowly been lifting the restrictions on rhetorical attacks that had been put in place at the beginning of the new US administration. From January through March, internal guidelines for the media treatment of the US were fairly stringent—criticism of the administration’s actions and statements by US officials were permissible, but there could be only little mention of the president personally, and no direct attacks on him.

That restraint slowly slipped away starting in mid-April after the administration announced the results of its North Korea policy review. Nastier terminology (e.g., “Trump gang,” “Trump henchmen,” “Trump cronies”) began to appear in commentaries in the party newspaper, Rodong Sinmun. Around the same time, North Korean media began to mention the President personally, and even to pull from the files statements he had made months earlier but which the North had not acknowledged at the time. As tougher notes were sounded, there were continued signs of caution—rather than a blanket condemnation of the administration, criticism was aimed at “some maniacs” in the administration or “some bellicose elements.” It wasn’t until May 20 that KCNA acknowledged the President’s “twitter warnings” to the DPRK.

The coarsening language toward the administration, and toward the president himself, seems to reflect a slowly sharpening discussion within the regime over how to react once Washington announced its new policy of “maximum pressure and dialogue.” The appearance of a May 26 Rodong Sinmun “Commentator” article—an authoritative vehicle sometimes used around key decision points—suggests the policy was under serious internal discussion at that point (a couple of weeks after a ranking DPRK Foreign Ministry official had met with a US State Department official in Oslo). Following the “Commentator” article, more coverage and tougher treatment of the President appeared in North Korean media, including references to the President’s “crisis of impeachment,” and warnings, as early as June 8, that the President’s own crisis could lead him to try reckless action.

Typically, North Korean media blows hot and cold on US and South Korean leaders until a decision is reached that engagement with them is out of the question. A single instance of negative rhetoric at routine, non-authoritative levels of comment is never definitive by itself. What matters is the trend, i.e., whether harsh personal characterizations become routine. The drift over the past few months has been increasingly albeit cautiously negative, in part as a reaction to what the North sees as negative developments in the US approach. Nevertheless, it is still early in the Trump administration for Pyongyang to have closed and bolted the door to engagement.