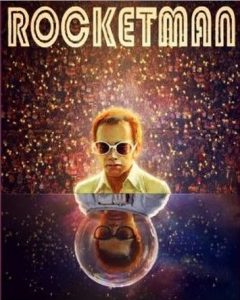 When I walked into the restaurant, the place was completely empty, or so I thought until I noticed one table, in the far corner. From what I could see, there was a man, in a rather loud checkered sports coat, resting his head on the table. A pair of white-framed sunglasses were to one side, next to a bottle of Finnish vodka. My first thought was that he was dead, but on closer look, I determined he was not.

At that point I spied something unusual. “An earring, O? Is that allowed?”

“De rigueur,” he said. “And don’t act so surprised, Church, I used to be stationed in Marseille.”

“I honestly didn’t know that,” I said. “But it leaves the question of the earring. How long have you had it?”

“A while,” he said. He paused and gave me a meaningful look.

Whatever it was went over my head. “Really? I don’t think you had it last time. And that was in January. What’s happened since?”

“Plenty, or have you been dozing. Listen,” O said. “I have no idea how to do this. I’ve been through the London phone books. Searched the web. I called every John Elton there was. No luck.”

I hesitated. The picture was coming into focus. “You aren’t part of a comedy show, are you? Going to play a prank?”

The Inspector frowned, a serious frown. “I know what you’re thinking, and you might as well stop thinking it. If anyone had anything to do with whatever it is you’re intimating, I had no part in it, never would, not my cuppa.”

I moved my chair slightly away. “So good, you’re getting the English thing down, sort of, but let me ask if you don’t mind, why do you need to see this person?”

“This is between you and me, as always, right? We want to invite this person to the spring art’s festival next year. You could call it a command performance. The girl band will play, there will be a few pictures of the Unha-3 in the background, then he comes on. We have a new piano for him. Slipped it in under a shipment of sugar from Cuba. It’s been decided,” O looked casually toward the ceiling, “that there is no sense in trying to match your esteemed president. He takes the pie.”

“The Propaganda and Agitation Department is revising its instruction manuals. Where did your guy learn his stuff? It’s superb. Really. They’re falling over themselves in Pyongyang trying to catch up.”

“And this person you need to invite, you think that is part of the magic.”

“Well, isn’t it? Do you think I had my ears pierced for fun? The Strategic Force choir is learning four-part harmony for ‘Don’t even think of breaking my heart.’ The techs at Punggye-ri have been told no more tests until they all memorize the words to ‘Madman across the water.’”

“Doesn’t matter. We’ve been through the entire record library in the People’s Study Hall, and every karaoke machine in the country collecting songs.”

“Nope. Records, tapes, and CD’s were sanctioned right after jockey shorts and Argyll socks. We’re hurting, bro.” He smiled. “So, are you going to help me get this hep cat or not?”

“You’re mixing eras, O. You’ll hurt yourself if you’re not careful. I’ll give you this much, try switching the names around, see if that helps. And, ah, who’s learning the words to the other song, I mean, you know, that other one, if I could ask.”

O put his finger to his lips. “The Space Center choir is going to surprise,” he paused and pointed to the ceiling. “That’s why I need to get to this guy. No one understands the words, not exactly. Sure, we know what they say, but we aren’t positive what they mean. They asked me to translate, but I figured that could get me in trouble.” He put on the sunglasses. “You like?”

“Yeah, well, we have plenty of textiles now. And fish.” He stood up to leave. “Like this fellow says, it’s sad and it’s sweet when I wore a younger man’s clothes.”

He smiled. “All the same bro.”

“What about the threats?”

“What about them? Good lyrics and you can dance to them. They’re in the groove. As fast as we copy them down, a new one pops up. Hard to keep track.” He shook his head. “This is the life, eh?” His walk was jaunty. “You might as well take it easy and have a drink, maybe two.“