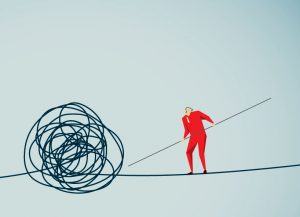 As North Korea moves closer to its goal of being able to target key parts of the United States with nuclear weapons, it has produced a near universal consensus in Washington that it is “time to get tough” with Pyongyang. By and large this consensus still centers on the same policy tools it has for the past dozen years: economic sanctions capable of coercing Pyongyang into capitulating to US and UN demands that it end its nuclear and ballistic missile programs. Sanctions are clearly preferable to war, but they do not offer a viable strategy for untying the Gordian Knot that is North Korea.

Those advocating the “get tough with sanctions” approach to the North Korean nuclear and missile problem in turn base their approach on two dubious assumptions.[1] First, they believe that there is a great deal of additional economic pressure that can be put on North Korea. Some who share this assumption believe the US has a number of unilateral tools that could achieve US objectives. Others—like President Trump—believe that China holds the key by threatening economic pressure on Pyongyang and that China can be persuaded or coerced into using its leverage on Kim Jong Un. Second, advocates of this approach believe that this additional pressure will likely produce a positive result: North Korean capitulation to US demands or—failing that—a change of regime in the DPRK.

Some parts of the economic pressure argument are borne out by the facts. From about 2005 until late 2011, the Iran and North Korean sanctions regimes were quite similar. Both were primarily targeted on the two countries’ nuclear and missile programs and their purposes were to deny those programs material, technology or financial support. But, from about 2010 onward—prompted in no small part by actions of the US Congress—Iranian sanctions increasingly targeted broader economic activities. This included the sale of gasoline, investment in Iranian oil infrastructure, shipping and airlines.

Most important, with the passage of the National Defense Authorization Act in the United States and the promulgation of an EU action almost at the same time, Iranian oil exports and the repatriation to Iran of proceeds from such exports were targeted. The US legislation, in particular, included secondary sanctions of global reach requiring all foreign consumers of Iranian oil to significantly reduce their purchases of Iranian oil or face draconian US financial sanctions. This was backed by a robust sanctions outreach effort by the Departments of Treasury, State and Energy and—unnoticed by many—significant contributions by a network of non-government entities that tracked the behavior of Iranian shipping, oil exporting and sanctions evasion entities. It is, therefore, accurate to state that Iranian sanctions were tougher in nature and in implementation than the sanctions record against North Korea. [2]

There are several problems, however, with using Iran as the model for the resolution of the North Korean nuclear and missile issue:

Thus, in terms of vulnerability to sanctions, political structure, diplomatic context and strategic orientation, Iran posed a very different sanctions problem than the challenge the international community faces with North Korea. In the case of North Korea, these countries are seeking to coerce a personalist dictator with a narrow governing elite and little remaining political competition, with enormous coercive power at home, and extensive control of his country’s resource allocation to give up a fundamental component of what he believes to be crucial to his national (and personal) survival. To put it clearly, the last dollar available in North Korea will go to Kim; the next-to-the last will go to his bodyguards; and the third-to-the last to the nuclear and missile program—no matter who starves or what else collapses.

The other key assumption of a “get tough” approach is that crippling sanctions might persuade the Kim regime to capitulate rather than collapse. But there is another possibility: the North Korean regime would conclude that capitulation to the sanctions would have no better result for it than it did for Libyan strong man Gaddafi. They might consider it better to gamble on an “Assad gambit”: a final horrible fight hoping the US and South Korea would recoil at the carnage or that Beijing or Moscow might step in to preserve them. In this respect, there is a cautionary tale to consider from another US confrontation with an East Asian dictatorship.

In July 1941, in response to the Japanese invasion of Indochina, President Roosevelt took a series of steps that look very much like the sanctions advocated by those who want to get tough on the DPRK. He froze Japanese assets and required that Japan obtain specific export licenses to obtain any US goods—including oil upon which the Japanese economy and military was dependent. Subsequently, the US government denied Japan the right to use the US dollar to purchase goods, thus making it impossible to obtain oil even if licenses were granted. Those who made the decision to take this step were confident Japan would not go to war over the sanctions, since both US and Japanese leaders knew it would be a suicidal act for Japan to do so. The Japanese military chose to gamble on an attack on the US fleet and a simultaneous invasion of South East Asian oil fields. Four years of total war in the Pacific ensued. The Japanese decision was indeed suicidal, but it cost a great deal in American blood and treasure to confirm it.

Iraq presents a much closer analogue to the North Korea situation when considering a “get tough” sanctions campaign. Very shortly after the 1990 Iraqi invasion of Kuwait, the UN Security Council passed UNSCR 661.[4] This resolution in simple and in unequivocal terms placed a full-scale arms, trade and financial embargo on Iraq and Iraqi-occupied Kuwait.[5] Within three weeks, the UNSC backed up the embargo with an authorization for member states to enforce the trade embargo with a maritime interdiction force—essentially a legal blockade.[6] Thus, from the very outset the Iraqi sanctions regime was nearly total in scope and backed by the threat of military enforcement. It would soon also add an additional coercive element: a time limit connected with a threat to move on to the use of force to implement the Council’s demands on the Iraqi withdrawal from Kuwait in UNSCR 678.

The combination of extensive economy-killing sanctions with the threat of force would carry over into the post-conflict era in connection primarily with unresolved questions about Saddam Hussein’s WMD and missile programs. The cease-fire resolution[7] explicitly links the cessation of hostilities following Hussein’s crushing military defeat with resolution of these questions. Moreover, the United States and its coalition partners reserved and exercised the right to use force in order to implement that resolution. This is what the extreme case of “getting tough” with sanctions really looks like. Yet, despite the vast impact of sanctions and the overwhelming military and political coalition lined up against him, Hussein refused to withdraw from Kuwait (believing that it was and had always been Iraqi territory) and even after defeat refused to take the steps necessary to get sanctions lifted.

The problems policymakers faced in Iraq and the nature and motivations of the opponent are very similar to those presented by the Kim regime. The Iraq sanctions regime was tougher than anything Iran, North Korea or almost any other country has faced. This underscores how difficult it is even with the most coercive sanctions available to force a regime based on one-man control and vicious coercive capabilities to yield, especially when the dictator can simply reallocate pain away from his henchmen to the general population. There are, no doubt, a number of reasons unique to Saddam Hussein that contributed to the failure of Iraqi sanctions to achieve their objectives, but there are also factors that will play in a “get tough” effort against Pyongyang. These include the following:

Tough sanctions on North Korea are going to be a component of any effort to deal with the North Korean nuclear and missile issue. They at least delay and perhaps can prevent the slide towards miscalculation and war that we see today. But we need to be very careful about adopting models from the (historically rare) instances when sanctions succeeded. We also need to be wary of the assumptions behind the current suggestions for getting tough on Pyongyang through sanctions. The record shows even the most draconian sanctions may not move a repressive one-man regime in the right direction and that, in some circumstances, they can ignite the very conflict they were designed to prevent. A subsequent column will discuss how tough sanctions might be merged with a broader political-military effort to stabilize the situation.