Sanctions on North Korea, as many observers have noted, may have started to “bite,” but mainly in unintended ways—principally, by shrinking the overall pie at a time when the North Korean government is attempting to diversify the economy and introduce more market-oriented incentives. There is a risk that sanctions will hamper the creation of more diverse medium-sized enterprises and make it easier for major companies close to powerful state institutions to protect their dominant role in the DPRK economy. The case of Myanmar, where sanctions led to the creation of sprawling corporate empires dependent on and very close to the state, offers an instructive lesson on the unintended and often negative effects of sanctions. 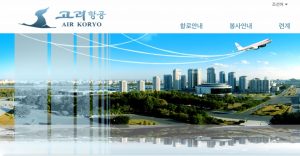 In the past year or two, some of North Korea’s more prominent brand names have begun appearing on a wider range of products. While there seems to be a trend towards diversifying product lines, it is not yet clear if any of these companies will set up banks, the way Japanese Zaibatsu did, to sit at the heart of growing business empires. It’s also unclear if they will formalize holding companies that sit atop smaller, sector-focused companies, the way many South Korean chaebol are organized. Indeed, a great deal of commercial activity in North Korea remains legally undefined and much private economic activity takes place under the umbrella of large, official organizations, so it is difficult to predict the form in which conglomerates will develop in the DPRK.

What is clearer is that companies with brand recognition are expanding into wide-ranging product lines. Here are a few notable examples:

Cronies and Conglomerates in Myanmar: A Comparative Study

Imagine you could somehow go back to when US sanctions on Burma began in 1988. If you could tell Congress and President Reagan that over two decades, sanctions would not only cost ordinary citizens great hardships, but would entrench a class of mega-rich cronies whose fortunes were inexorably tied to the military government, would they still go ahead and begin the process of targeting the country?

In 1988, Burma was renamed Myanmar, but in a more important shift, it also reconsidered socialism and embraced a market economy. The same year, however, the Junta killed hundreds of people in a vicious crackdown on protesters. Holding and then ignoring election results for two years later and further outrages against Aung San Suu Kyi led to the US imposing round after round of unilateral sanctions.

Unfortunately, this meant that just as the country was privatizing industries, access to training, foreign direct investment (FDI) and international financing became scarce. A new class of businessmen, leveraging political relationships with the military, took early concessions in extractive industries, import licenses or construction projects, and then reinvested revenues into expanding into a range of sectors. The scarcity of inputs meant there was no catching up for subsequent players.

The Max Myanmar Construction Company, for example, started by importing buses from Japan in 1993, but was soon in the jade trade, construction, rubber farming and other sectors. It also got into the sports, banking and hotel business and helped construct the new capital, Naypyidaw. For smaller companies, finding capital to invest in modern hotels or rubber farms was impossible. By the time Zaw Zaw and his company were put on the US Specially Designated Nationals list in 2009, he was in a safe position, with interests in line with the regime.[1] His experience was not dissimilar to dozens of cronies, often with far more dubious businesses and practices.

Indeed, shared interests under sanctions tend to ensure big economic players work even more closely with the authorities when things become difficult. When regime-friendly businesspeople find themselves threatened by sanctions they are often given new concessions to compensate. Those concessions can come at the expense of those with weaker connections to the regime.

The best study of this dynamic in Myanmar was conducted by a Japanese researcher in 2008.[2] The study looked at the effects of The Burmese Freedom and Democracy Act of 2003, which banned the import of Myanmar-made textiles to the United States. At the time, some 80 percent of textile exports went to the United States, worth about $400 million annually.[3]

As the market for garments shrank, competition became more severe. This hit smaller companies hardest, as bigger companies with better connections or stronger ties to foreign companies were better able to adjust and squeeze out competitors. Companies exporting $10,000 or less dropped from 41 firms in 2000 to just nine in 2004. The top five firms’ market share grew from 15 to 20 percent in the same period.[4] Military-related enterprises did better than other private firms with the former “more entrenched in their position in the industry than they were before the sanctions.[5]”

North Korea has been surviving under significant sanctions since 2005 while also haltingly and often awkwardly trying to create a more market-oriented economy. Recent rounds of UN sanctions, however, have made it so that nearly all of the DPRK’s major export commodities have been banned and imports of fuel are extremely restricted. In a sense, almost everything now has to be smuggled (in and out of the country). In an environment where opportunities to export banned goods and source inputs for your businesses are limited, being closer to the state probably means a higher chance of survival.

In the Rason Special Economic Zone, there are reports that the seafood ban under UNSCR 2375 and 2371 has caused some disruption to business in two seafood-processing factories. Since last year, it has become necessary to bribe Chinese officials or smuggle to get seafood into China, raising costs and pushing out those who do not have the capital or connections to make that happen. This means some more independent producers may have to walk away or fold themselves into larger enterprises on disadvantageous terms.

It is also likely that some degree of fuel scarcity has affected such businesses, with spikes in the cost of gasoline reported last April and September. If fuel supply into a region like Rason is limited or erratic, a company connected with the most powerful institutions—the military or the Ministry of State Security—will likely get first pick. Smaller, less-connected companies will wither without this key input. Likewise, if Air Koryo gas stations in Pyongyang are facing scarcity, their taxis will be given preference over other vehicles. Put simply, conglomerations can help cope with sanctions-related pressures.

Another effect that fuel-scarcity may already be having is in the private conveyance sector. With higher fuel prices, there is a need to use bigger vehicles in order create better economies of scale. That requires investment in larger or more fuel-efficient vehicles that only well-established companies can afford. Smaller service-vehicle companies may run at a loss for a while to maintain market share, but can’t go on competing for long.

Of course, sanctions are not the only factor deciding winners and losers: in almost any economy it pays to be close to political clout. And powerful, productive parts of the state would always have an advantage over weaker, ineffective ones when the economic rules began to change. Nonetheless, external pressures on economic actors in North Korea have come just at a time when, as in Myanmar in the late 1980s, the state is embracing marketization that has redistributed economic power far beyond the central organs of the DPRK.

Sanctions have often been derided as a “blunt instrument,” but this is a poor metaphor. A better comparison might be to an untested toxin or medicine injected into a patient. Some effects are understandable and predictable but the unintended side-effects can be extensive, enduring and in the end, contradictory to the goals of sanctions.

In recent years, Pyongyang has made it easier for new companies to be formed and to link with the international economy. They have even legitimated domestic private investment and created other market-based mechanisms to modernize and diversify the economy and to lessen the heavy hand of the state in setting prices and allocating resources. If sanctions come off relatively soon, we may look back and see a broader variety of players entered the market while they were applied.

Whether or not those new companies and domestic investors can achieve success while competing with the country’s bigger companies remains an open question, but a long-term sanctions regime is probably not going to be helpful to these smaller actors. For those who hope to see a diffusion of wealth and increased agency for North Korea’s small and medium-sized businesses, this is bad news.