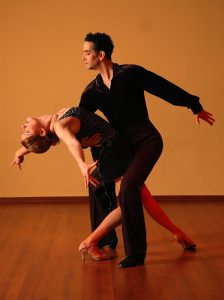 The announcement of a US-DPRK summit took virtually everyone by surprise and upended much of the previous diplomacy connected with North Korea’s nuclear program. Nonetheless, this process already reveals certain “takeaways” that merit careful scrutiny and analysis. Such analysis is essential because the US has hitherto proceeded on the basis of rhetoric and simple demands for denuclearization. Now, however, it must formulate a carefully conceived program and agenda of what it wants to achieve through this summit and ensuing developments. Otherwise, this crisis might worsen and the summit, like most previous encounters with Pyongyang, will end in frustration.

The first takeaway relates to the process leading up the President’s agreement to meet with Kim Jong Un. The Trump administration and Seoul are already stating that maximum pressure worked. But maximum economic pressure, coupled with visible military threats and uncertainty as to whether Trump would actually launch military strikes, only succeeded because of two other factors: South Korean diplomacy and the nature of Kim Jong Un’s domestic policies.

South Korea’s outreach worked only in coordination with US pressure and threats. Were they separate and uncoordinated initiatives—as has happened before—they would have failed and the crisis would have remained at its previously intense level. But beyond Seoul’s adept footwork, the pressure also worked because within the byungjin (dual nuclear and economic development) policy framework, Kim Jong Un cares much more about the domestic economic development and prosperity of North Koreans than did his predecessors. Therefore, the clearly tightening economic pressure creates major obstacles to both his domestic and military programs. But without Seoul’s careful public and back channel diplomacy with North Korea in 2017-18, Kim probably would not have made his Olympic initiative that led to the forthcoming summits with South Korean President Moon and US President Trump. This means that allied coordination is essential throughout all phases of what could prove to be a long and difficult process going forward, especially the impending bilateral summit with the US. Absent such coordination, the members of the Six Party Process will surely fail to denuclearize North Korea and more importantly, advance the cause of peace and American interests in Northeast Asia.

A second takeaway is that Kim appears to be quite confident in the military capabilities North Korea has already displayed, particularly those relating to its weapons of mass destruction. He seems to believe that these capabilities are sufficiently strong so that he can suspend testing them for some months without any noticeable loss of capability or making other concessions to gain the prize of recognition from Washington—that is, a first meeting with a sitting US President—without incurring any more costs than delaying weapons tests. The economic and political pressure on the Kim regime is growing, as is the interest of the UN in toughening sanctions, and this may have influenced Kim to accept summits with China, South Korea and the US. But Kim also has the confidence that his predecessors may have lacked—a sense of strategic parity with the big powers—to make a move towards Washington that promises great gains while his concessions to suspend testing can be retracted whenever necessary.

The third takeaway is that apparently the Trump administration is still not prepared for serious negotiations or yet able to implement a coherent policy toward North Korea based on a well-organized and disciplined policy process. The chaos in the State Department and the ouster of General McMaster at the NSC do not inspire confidence in a coherent and rigorous policy review or policy process. Going forward, the effects of this incoherence will be compounded by the lack of North Korean expertise within the US government. Decisions of the greatest consequence were made on what appears to be Trump’s impulse with critical centers of expertise and experience in the State Department and NSC missing in action. This can hardly bode well for the summit, let alone for what will hopefully be the sustained and complex negotiations resulting from it.

The fourth takeaway is the embarrassing absence of coordination in the US-Japanese relationship. While the South Koreans brokered the meeting, there was no consultation or coordination between Washington and Tokyo before reaching the decision to have a summit, even though Japanese Prime Minister Abe was stalwart in his support of the Trump administration’s “maximum pressure” strategy toward North Korea. Just as coordination with Seoul is essential to positive outcomes, so is coordination with Tokyo because the issue of the DPRK’s nuclearization cannot be separated from its geostrategic setting in Northeast Asia. It is as much a regional security issue as it is a proliferation issue, and the failure to consider that fact has hobbled US policy for a generation.

Viewing North Korea’s nuclear program primarily as a proliferation issue tends to lead policymakers away from realizing that however the issue is resolved, it will determine the structure of inter-state relationships in Northeast Asia for years to come. Therefore negotiations to denuclearize North Korea must keep that larger objective in mind, i.e. restructuring Northeast Asian relationships according to allied interests and values. The failure to grasp this has not only allowed Pyongyang to keep its nuclear weapons, it also has facilitated an erosion of the overall American position in the region.

A fifth takeaway is that the US administration continues to deceive itself that it has made no concessions. By accepting a high level summit meeting, Trump has essentially unilaterally recognized North Korea and its leader, and in effect legitimized its status as a nuclear weapons state, without requiring any substantive progress on denuclearization from Pyongyang in advance, as had always been the condition required for securing meeting with the US President. Now if negotiations fall apart, or don’t even get off the ground, Kim can always resume nuclear and ballistic missile testing if he feels it necessary, while other parts of the program—such as fissile material or even missile production—have not skipped a beat.

The fact that President Trump and Vice President Pence continue to deny making concessions in public suggests that they believe their own propaganda—always a dangerous thing for politicians to do—and that they still do not understand the nature of the problem they are confronting. Thus, the idea that North Korea will merely give up its nuclear weapons under US pressure and/or that this outcome will occur quickly without a lengthy negotiation appears to be wishful thinking. This too does not bode well for future negotiations because under any realistic scenario, denuclearization of the North can only be the result of a process not a precondition to that process. Insisting that Pyongyang relinquish nuclear weapons in advance is quixotic and suggests a persistent delusional quality to the US posture, setting the US up for certain failure and frustration. So while a Trump-Kim summit is a victory for South Korean diplomacy and the policy of maximum pressure, it is also a tremendous victory for Kim Jong Un and this must be recognized.

A sixth takeaway, which has been entirely overlooked, concerns the marginalization of China and Russia. For all the insistence that only China has leverage on North Korea and pressuring Beijing will lead it to do America’s bidding with Pyongyang, this process has confounded that wrongheaded assumption. Clearly, Kim Jong Un has considerably emancipated himself from China. Whatever else the recent DPRK-PRC summit indicates is that while both sides need each other’s support and China retains strong cards to play, North Korea nevertheless has attained a real measure of freedom vis-à-vis China. One outcome that virtually all media reports indicated is that China was concerned about its possible exclusion from the talks with the US, thus confirming that North Korea has the power to court the US directly without Chinese intermediation.

Indeed, his nuclear weapons program aims to reduce China’s ability to impose its preferences upon Pyongyang and to give North Korea greater space to pursue a more independent foreign policy. Kim Jong Un has shown that he need not go through China to reach out to Washington for negotiations. Therefore, we should not be surprised that immediately after the announcement of the Trump-Kim summit the Chinese press warned Chinese citizens not to feel that China had been marginalized, reflecting a real sense that it had been marginalized in North-South diplomacy and the process leading up to US-DPRK summit. This marginalization applies even more to Russia. Despite Moscow’s considerable efforts to enhance its voice, influence and presence in North Korea, Kim Jong Un also showed he can disregard Moscow, and even to some degree Beijing, with impunity and gain major rewards from Washington.

As the summit comes closer and we move to a new phase in this complex situation, there will undoubtedly be more lessons learned and takeaways. But the overriding conclusion is that if the US wants to take the lead on solving the North Korean nuclear issue, there is an urgent need for a careful, well-conceived strategy—not the disjointed policy process and impulsive decisions on matters of the greatest consequence that we have seen so far from the Trump administration. A historic US-DPRK summit could lead to either major positive or negative outcomes. To a large degree, the outcome will depend on how well the administration prepares for and maintains solidarity with South Korea and Japan. Sobriety, judiciousness and a clear sense of reality will be required to turn Trump’s grand gesture into outcomes that advance US interests. Unfortunately it is not yet clear that any of those values are on display in Washington at present.