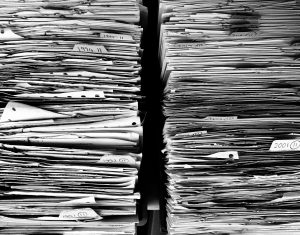 The July 7 DPRK Foreign Ministry spokesman’s statement appears to be a warning message to the US, carefully tinged with a tone more in sorrow than in anger. Overall, the key formulations are carefully balanced (e.g., frequently noting the task or dangers ahead for “both sides”) and buffered to leave the way open for further engagement. Most important, instead of any hint of criticism of President Trump, the statement ends on a positive note: “We still cherish our good faith in President Trump,” underlining that the problem is not the President but rather “headwind against the wills of the two top leaders…” The point is not whether the North Koreans actually believe this, but that they are crafting their public position to leave the door open to future dealings between the two leaders.

To reinforce the picture of the personal links at the top level, the spokesman’s statement went out of its way to note that the North had passed a “personal letter” from Kim Jong Un to the President “[b]efore the talks” began. The timing of the letter may also have been meant to indicate that Kim would not meet Secretary Pompeo during this visit. The complaints contained in the spokesman’s statement were like clouds on the horizon ever since the June 12 Singapore summit document appeared. At least judging by the public US position in the intervening weeks, there was, from the start, a fundamental disconnect in the two side’s understanding of the outlines of what had been agreed to in Singapore.

This train wreck in the making, however, may now have been avoided as a result of last week’s meeting. No one not at the table can be sure of what happened—and sometimes even those who were there do not absorb it right away—but it looks as if the two sides have made progress narrowing the gap on how the negotiations would proceed, how to measure progress, and how progress on one front can support progress on the others.

The first three points in the June 12 summit statement had exactly reflected Pyongyang’s position—that denuclearization (listed third) would come as a result of, or at least in synch with, (1) establishing “new” US-DPRK relations, and (2) creating a “lasting and stable peace regime” on the Korean Peninsula. Last week’s Foreign Ministry pronouncement reemphasized that position, laying out the steps the North had proposed at the July 6-7 meeting with Secretary Pompeo that, in effect, ticked all three boxes:

The central North Korean message to Washington in the statement was that the “shortcut” (shortcut is a favorite Kim Jong Un concept, one his subordinates are encouraged to adopt) to denuclearization was:

“[A] step-by-step approach and follow the principle of simultaneous actions in resolving what is feasible one by one while giving priority to creating trust.”

For this, “both sides should be bold enough to be free from old ways which had only recorded failures and resolve the problem in a fresh manner which is never bound by the existing ways.” Note the reference to “both sides,” a construction the North Koreans typically use when they want to be seen as flexible and accommodating.

What threat there was in the Foreign Ministry statement was constructed with utmost care:

“Should the headwind begin to blow, it would cause a great disappointment not only to the international society aspiring after global peace and security but also to both the DPRK and the U.S. If so, this will finally make each side seek for another choice and there is no guarantee that this will not result into yet another tragedy.”

Here again, note the deliberate use of the construction that puts the onus and consequences for failure on both sides. In a darker scenario, at this point the statement would have taken a more hard-edged tack, asserting that the danger was to the US alone and that the North could endure whatever the consequences.

The Foreign Ministry pronouncement was apparently not carried by Pyongyang domestic media for the internal audience. If that’s the case, it suggests an effort to keep the main internal message over the past several months fully intact, i.e., that the way is open for a significant improvement in DPRK-US relations, and that along with this, big changes are coming in the economic sector. The only whiff of problems the domestic audience got was a brief report on the departure of Secretary Pompeo’s party noting that issues had been discussed “in depth.”