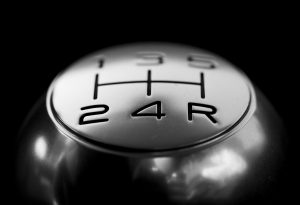 Pyongyang media managed to mark the July 27 anniversary of the North’s “victory” in the Korean War without a single mention of whom the war was fought against or over whom victory was achieved. The norm over the years has been to tout July 27th as the date of victory over the “US-led imperialist aggressors.” This year’s coverage went no further than simply referring to “imperialists.”

In addition to softer rhetoric, this year’s anniversary had a relatively low profile, even though it was a quinquennial—normally the occasion for expanded treatment. This year’s anniversary dropped the normal national meeting with high-level turnout. Although Pyongyang did host the 5th National Conference of War Veterans, Kim Jong Un only posed for a photo with the group. At the fourth conference, in 2015, he had addressed the meeting.

Last month, Pyongyang had similarly played down the celebration of the June 25th anniversary of the outbreak of the Korean War. The restraint on these two war anniversaries probably has a two-fold purpose. First is to signal to both internal and external audiences that the situation vis-à-vis the US has changed since the June Singapore Summit, and that the US is no longer being portrayed as the enemy. Second is to signal the that the Korean War should no longer be seen as a current issue between the US and the DPRK but rather a historical event that can finally be declared as having been swept aside to make room for a new relationship. Internally, finally getting past the Korean War is crucial for Kim to be able to move ahead with his economic plans, which will require a loosening of internal controls and a reallocation of resources from national defense to civilian spending.

All of this raises in the minds of many observers the question, what has happened to “byungjin,” the two-line policy emphasizing both the nuclear build-up against the US and economic development? Anyone who has ever seen the Monty Python “Dead Parrot sketch” will understand. Substitute byungjin for the parrot and you’ve got it. With the party plenum in April and adoption of the “new strategic line,” Kim in effect said byungjin is done, over, finished. It succeeded (of course) and so time to move on. Now it’s everything for the economy. Presumably, that is much the same message Kim gave to his military at the enlarged Central Military Commission meeting in May, effectively downgrading the status of the military, and might be why there is no one from the military on the Politburo Presidium at this moment.

Kim has recently adopted a new role as economic scold in order to press the point that he is serious about the new focus on the economy. His criticisms during inspection tours are aimed not just at local officials but all the way up the line to the Cabinet.  In some respects, what we are seeing now is the ready-for-prime time implementation of the smaller reforms Kim has been experimenting with since he took over. The criticisms are not narrowly focused on economic performance but at the entire culture of neglect and shoulder-shrugging that has grown up over the decades. Kim is out to change all of that and more, and it may well form the broader context in which he views the issue of denuclearization.