Kim Jong Un is in the midst of a complex juggling act. He has to keep at least four crucial, long-term initiatives in the air, and he cannot afford to drop any of them. Roughly speaking, Kim’s concerns seem to be the following: 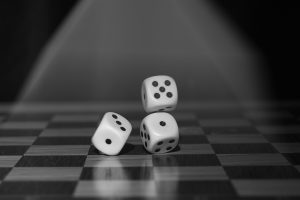 How extensive the scenario planning for such a complicated and intertwined set of policy goals has been we can’t know, but despite the impression that they are impulsive and short-sighted, in many ways, the North Koreans tend to be meticulous and long-range in their approach. The evidence we do have suggests planning started at least in 2017 and possibly as early as the May 2016 Workers’ Party of Korea (WPK) Congress.

In a sense, there were a series of preliminary, positioning moves earlier this year, but the opening gun to launch the entire process was the April 2018 Party plenum, at which Kim declared his two-line (nuclear and economic) byungjin policy a success and that it had now given way to a new strategic line: “Everything for the economy.” Summits with China, the ROK and the US followed in short order. At that point, Kim turned to internal matters, aiming his attention to the Cabinet. Harsh public criticism began in early July—not long after the Singapore summit—and has been repeated several times over the past month. In the sharpest, most devastating barb to date, in an article on August 17 in the Rodong Sinmun (in Korean), Kim noted that progress in constructing a newly planned, extensive hot springs facility in South Pyongyang could proceed quickly:

…only when it is carried out not by the cabinet, ministries, and central institutions which always complain about circumstances in doing anything but by the people’s army, the creator of the people’s happiness and the explorer of civilization…we had better assign everything to the people’s army— from providing a construction force to the supply of materials—so that it can transform the hot spring area at the highest level and excellently and can then present it to the state by 10 October next year.

While the criticism here is aimed at central institutions, in other statements Kim has taken the full range of officials—central, provincial and local—to task. This appears to be more than a simple, transitory campaign of the “pull up your socks” variety, and it would not be a surprise to see a major reshuffle of Cabinet personnel—including the prime minister—later this year. For Kim’s economic plans to work, it will need not just a change in the external environment but also wholesale changes in how people take responsibility for their work, something up to now the system has encouraged rhetorically but rarely in practice.

As the above quote suggests, Kim is throwing roses at the army at the expense of the Cabinet. In part, that may be because at an enlarged meeting of the Central Military Commission in May he took the military down a peg in its overall status in the regime, warning that priorities had changed, that the party’s new strategic line was mandatory for everyone—including the KPA—and, presumably, that roles and resources would have to be adjusted accordingly. There is nothing new in the North Korean military’s involvement in construction projects; what is new is for Kim so openly to suggest the army now has an expanded role in the overall process because of ineptness on the part of civilian entities.

In a reflection of the new priorities, Kim has made sure that the chair on the party’s Politburo Presidium normally reserved for a military official is glaringly vacant. He also has made only one appearance at a combat military unit or military related activity so far this year. Last year at this time it was around 15. Such a shift is no doubt delicate. Apart from dealing with the egos he has probably bruised, Kim has to figure out how to keep the military occupied and contributing to the economic goals. He could decide to downsize the army, but if he does, he then must deal with tens of thousands of discharged, unemployed soldiers.

Battening Down the Hatches

There are recent signs that Kim sees trouble ahead for the US-part of his initiatives. An extraordinary article in Rodong Sinmun on August 18 absolves not only President Trump, but also Secretary Pompeo and, indeed, the entire US negotiating team from blame for the failure of the July negotiations, suggesting that “oppositional factional forces” in the US were the culprit. That criticism is clearly aimed at John Bolton, though it never mentions him by name. Beyond Bolton, however, the article for the first time raises the larger issue of the president’s embattled overall political position:

Congress is tackling the president’s feet, the judicial branch is grabbing him by the collar, and news media are bashing him.

[in the past]…infighting between vested interests inside US politics did more damage than differences of opinions between North Korea and the United States did.

We see it as a higher priority to straighten out fragmented and messed-up US politics than a quick improvement in North Korea-US relations, which is important.

The article ends with a ringing endorsement of the president’s personal approach, and of Secretary Pompeo’s as well:

President Trump has a ‘dream,’ which is about achieving the epochal cause of improving North Korea-US relations and establishing world peace, but he has too many enemies.

His administration and even his advisors are sleeping in the same bed with the president but dreaming different dreams. They are speaking and acting in a way that is inconsistent with the president’s wish, and they are misleading facts to blur the president’s eyes and ears and steering him toward making unintended decisions.

President Trump made the ‘fantastic meeting’ come true, something that no other president in US history was able to do, and earned cheers from the world and great support from the public because, as the president himself said, he acted according to his decision and wish, while standing firm against the opposition factions’ offensives and taking what he hears from his advisors with a grain of salt.

Secretary of State Pompeo, for his part, must stick with his principles and guts instead of getting forced into ‘an unfortunate fate,’ sternly smash the opposition factions’ unjust and foolish claims, and exercise wisdom and negotiating skills as the top diplomat of the United States in name and substance to make the president’s wish come true.

This lays it on pretty thick, unabashedly so, and the question is, why?

The fact that this argument, putting the failure of the July talks not on the US per se but rather on hostile forces within the US, appeared in Rodong Sinmun[1] and was played for the domestic audience on Pyongyang radio, raises the possibility that it is part of an internal discussion (“debate” may be too strong a word) about how to deal with the US. The implicit logic of the quote below from the article is that by being overly critical after the July talks and creating the impression that they were a failure, the North played into the hands of those in the US who were looking for just such an outcome:

When the DPRK-US high-level talks ended fruitlessly as they wanted, the opposition factions gloatingly maligned the DPRK-US Joint Statement again by saying that ‘nothing has been gained other than empty denuclearization pledges’ and attacked the Trump administration, demanding a U-turn toward a hard line against the DPRK.

Thus, the article implies it would be more sensible to look for every way to make the next round of talks “successful,” denying the opponents of talks within the US ammunition for attacking the president. Whether that means the irascible Kim Yong Chol will be given strict orders to behave himself at the talks no matter how much he has to grit his teeth (or, indeed, if he will finally be replaced as the lead negotiator) remains to be seen.

One issue that has recently appeared as a serious bone of contention between Washington and Pyongyang has been the timing of a declaration on the end of the Korean War. The August 18 article appears to try to play down the whole thing, shrugging off any statement on the end of the war as “merely a political declaration.” That potentially is double-edged. It minimizes the significance of such a declaration if the US finally agrees to it, but also gives the North room to move toward a compromise position if that proves necessary and useful. By contrast, the July 7 Foreign Ministry spokesman’s statement put considerable emphasis on how important that declaration was:

The U.S. side never mentioned the issue of establishing a peace regime on the Korean peninsula which is essential for defusing tension and preventing a war.

It took the position that it would even backtrack on the issue it had agreed on to end the status of war under certain conditions and excuses.

As for the issue of announcing the declaration of the end of war at an early date, it is the first process of defusing tension and establishing a lasting peace regime on the Korean peninsula, and at the same time, it constitutes a first factor in creating trust between the DPRK and the U.S. This issue was also stipulated in Panmunjom Declaration as a historical task to terminate the war status on the Korean peninsula which continues for nearly 70 years.

Well before Singapore, DPRK commentary and official statements had shifted to positive treatment of the US President. That was even a hallmark of the July 7 Foreign Ministry spokesman’s statement that was highly critical of the US position but noted that the North “still cherished good faith in President Trump.” For his part, the president has remained laudatory toward Kim Jong Un in his public statements. It may be that the North has decided that this virtuous circle of praise by the leaders is a crucial element for keeping the process afloat.

In some ways, the easiest interpretation is that this article is meant to be read in conjunction with the North’s position in recent, behind the scenes US-DPRK contacts in preparation for another visit by the US Secretary of State. This is tricky because sometimes these public and private messages are in sync, which is the easiest case for US government analysts to understand. Other times, the stance behind the scenes may be tougher than what appears in public. In that case, the normal conclusion is that the former is the “real” policy while the latter can be discarded as propaganda. In fact, what often happens is that the public line is opening space for a new position, one which the North is not yet prepared to take in the private exchanges.

Until now, in terms of dealing with the US, Kim Jong Un has appeared to be betting everything on the president’s instincts, perceptions and willingness to act decisively. The Rodong Sinmun article contains the first evidence that Pyongyang has finally come to terms with the reality that this may not be the opening they’d hoped for, and that the president’s situation is sufficiently fragile to require either 1) an extremely bold step on their part very soon to move the process ahead very far, very fast, or 2) preparations in case the initiative toward the US stalls out completely. In this regard, Kim’s remarks in recent days during on-site economic guidance trips can be interpreted either way. Kim has pointed to the need to redouble efforts at economic construction in the face of “persistent sanctions and obstructive moves” on the part of “hostile forces.” That formulation carefully leaves out who those “hostile forces” are, short of letting Kim criticize the US itself. But, by beating the drum of pressure from an external enemy, Kim is utilizing an old-fashioned propaganda approach not only to mobilize the population but also to warn against expectations of easier, slacker times ahead.