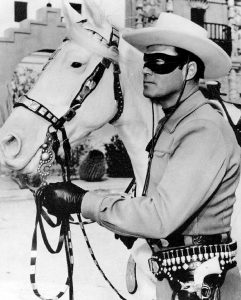 I was still in shock when Inspector O walked over to my table and sat down.

“You look even less healthy than usual, Church. Something the matter? Let me get you a drink.” He motioned a waitress over and ordered a double brandy for me. “And make it snappy,” he called after her, with somewhat more authority than I’d heard him use in the past. She turned to glare, then slow-walked to the bar.

We sat for a few minutes without speaking, O smiling to himself, me glancing furtively at the figure he’d just been with. When the brandy finally arrived, I took two large swallows. “My god, O. Do you know who that is?” I nodded subtly at the other table.

“The man with the walrus mustache? I think so.” O turned and waved. “We’ve met a few times. Nice fellow. Quick with the jokes. Quite a bit more helpful in explaining things than you are, Church. No offense.”

“You’ve met before?” I took two more swallows of my drink. “Do your people know?”

“Church,” O’s voice took on a patronizing tone, “since when do you get to ask me questions like that? Let’s just say, I’m not crazy enough to ‘Lone Stranger’ this.”

“Lone Ranger.” I paused while considering how best to explain the reference. I chose what seemed the most expedient. “It’s an old TV show about a masked man.”

Again, O looked over at the other table, this time with a strange look on his face. “He wears a mask? Sounds kinky.” He took a notebook from his breast pocket and made a quick notation.

I realized I needed to get more details before O made excuses and slipped away. “Does he know, er, where you’re from?”

O smiled. “Hard to tell. He has a very elliptical way about him. Mostly he talks about Libya.”

“Yes, well, it used to be Carthage if our maps are accurate.” O flipped a page and looked in his notebook. “Not Carthage exactly, I suppose. Anyway, he is proud of what he claims to have accomplished there. The fact that Gaddafi was a nut case seems not to factor into his understanding. I do have one question for you.”

“Not about Carthage, I hope.”

“Listen up, Church, this could be important. He kept referring to someone. It sounded like a friend of his, but I wasn’t sure. Maybe I need to go talk to this other person.”

“We move in somewhat different circles,” I said dryly. “And I doubt if I know his friends, but I’ll give it a try.” I put the glass to my lips to finish the last mouthful of brandy.

O looked at his notebook. “Someone called E. A. Peaser.”

I spat out the brandy and commenced a coughing fit that consumed several minutes. People at nearby tables looked annoyed. O merely narrowed his eyes and watched. Finally, he handed me a glass of water. “Hit a nerve, did I? So, you do know his friend. I’d appreciate a phone number or an email address.”

“…but on this, he was quite emphatic. He said it was ‘Chowder House Rule,’ so I can’t really reveal much.”

“Chatham House. Anyway, you know everything you tell me never gets repeated.”

O lowered his voice and leaned across the table. “OK, he says he wants to meet Kim Yong Chol.”

“Really?” I took off my glasses which at that point were steaming up. “You’re sure you heard right?”

“Church, if you are going to question my hearing, you might as well ‘swim with the dolphins.’”

“You said it, Church,” O shook his head. “Chatham House. But just between you and me and the microphone under this lovely vase, I had the feeling that he thought the two of them…” the inspector paused, deeply thoughtful for a moment. Then he pursed his lips, as if they were suddenly sealed.

It was clear this was the crucial moment. I needed to press him quickly or lose the game. “Yes, go on, Inspector!”

O shrugged. “This is just my surmise, nothing he said exactly, you understand. Though on one thing, he was specific about timing.”

I held my breath.

O continued. “He said, ‘Not now, maybe afterward, after it all falls apart,’ is how he put it. It seemed to me that he is of the mind that the two of them, each in his own way, are working the same side of the street, more or less in harness, ‘brothers under the skin,’ you might say. Same bed, same dreams, enemy of my enemy, that sort of thing, I guess.”

I held up my glass for a refill. O searched my face. “Crazy world, huh?” He pushed back his chair and stood up. “Well, I’ve got places to go, people to see, reports to write. Enjoy the rest of your brandy, my friend. Put it on my tab.” He smiled as he looked around the room. “I think my work here is done, ‘Tintin.’”

“Tonto,” I yelled after him, but he had already disappeared out the door.