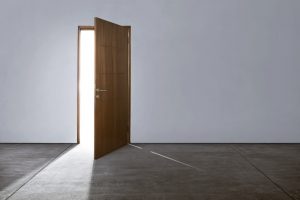 In what appears to be an authoritative-level article in Rodong Sinmun on September 15, Pyongyang has strongly reasserted its commitment to a new relationship with the US and to the process of denuclearization.[1] Cast as criticism of “US conservative politicians,” the article can also be read as an attack on opponents within the North. No doubt as it is intended to do, the article gives Kim Jong Un more space to maneuver in dealing with the US and with South Korea, especially in the upcoming summit with ROK President Moon Jae-in.

The article cites the important new Kim Jong Un formulation from a few days ago:

When our respected and beloved supreme commander met a South Korean special delegation a while ago, he clearly stated again that it is our resolute position and his own will to completely remove the risk of armed clash and the fear of war from the Korean Peninsula and make this land a peaceful place without nuclear weapons or nuclear threat.

The article then deploys a formulation designed to signal (internally as well as externally) that this top-level commitment is unshakeable, no matter what the vicissitudes of the process: “Doing what we say we will do and seeing what we have started through to the end is our mettle and our temperament.”

Rather than fall back into typical warnings about how the process is sliding backwards because of critical voices in the US (or, the author implies, even in the North), the article portrays things as moving irrevocably ahead:

The DPRK-US relationship has already shaken off the wrongful habits and prejudice of the past and entered a new historic track.

Those who are like bubbles expelled by the powerful current of a great river will not make the people of the two countries of North Korea and the United States unable to do what they are to do, or make the driving force of improving relations weaken, by putting out sophistry and tugging on the hind legs.

The article is in line with the approach the author (Cho Nam Chin/Jo Nam Jin) has taken in other recent commentaries in terms of warm treatment of President Trump, even directly citing the President’s “thanks” to the North for its positive actions thus far. Moreover, on the key issue of the timing of an end of war declaration, the article avoids claiming that the President has already committed himself but suggests he has left the way open: “President Trump has stated thus far he wants to maintain a good relationship with us; we have not heard him saying that he will not do a declaration of the end of war as long as the North does not take additional denuclearization measures.”

Not only does the article portray the end of war declaration as a key “starting point” for moving ahead on denuclearization, but it also suggests a declaration is linked to the North’s economic development, i.e., an important factor in allowing Kim Jong Un to move ahead with his new economic policies: “With the danger of war constantly looming, it is not possible for us to unilaterally abandon the nuclear weapons that guarantee our sovereignty, right to exist, and right to develop.”