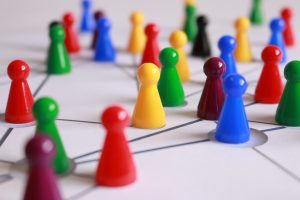 Sino-DPRK relations have undergone major changes since the beginning of 2018. Not only did North Korean leader Kim Jong Un visit China in March for the first time since taking power, he visited two more times in a short period of three months. Although there had been rumors that Chinese President Xi Jinping would visit Pyongyang to attend ceremonies commemorating the 70th anniversary of North Korea’s founding on September 9, it has just been confirmed that Xi will send his right-hand man, Politburo Standing Committee member Li Zhanshu instead.

Postponing a visit by Xi to Pyongyang is a prudent decision by the Chinese given both the current political climate around negotiations on trade and with North Korea and Xi’s busy schedule this week. Since July, the US-China trade war has cast a complex shadow over the interactions between China and North Korea. Xi’s trip would have taken place at a time when President Trump is pointing fingers at China for “…[not] helping with the process of denuclearization” due to so-called trade tensions. However, the attitude in Beijing is of deep resentment of what they see as President Trump negating his promise of a better trade deal with China if it cooperated on North Korea. China did cooperate on sanctions measures against North Korea over the past year beyond what many experts expected them to do but was hit hard with tariffs anyway. What Beijing has learned from that experience is that cooperation with Trump on North Korea only frees the US up to make harsher moves against China on other fronts. Therefore, it will be much more difficult to convince China to accept the US demands for its cooperation on North Korea for the foreseeable future.

North Korea’s charm offensive launched at the beginning of this year has created two contradictory effects on China. On the one hand, after a year of rising tensions and worrying about war breaking out on the Korean Peninsula in 2017, the improvement of relations between North Korea, South Korea and the US has been good news for China, alleviating Beijing’s worries about the imminence of a war.

On the other hand, the rapid rapprochement between Pyongyang and Washington fed a rather prevalent anxiety among the Chinese policy community about being excluded from Korean Peninsular affairs. This fear of exclusion immediately turned into actions to pull North Korea closer into China’s orbit. Xi’s invitation to Kim Jong Un to visit China, long delayed for seven years, came within ten days of Trump accepting a summit meeting with Kim. Beijing understands that the key to maintaining some role on the Korean Peninsula lies with North Korea. If Pyongyang decided to pursue a deal without China, Beijing would have had limited ability to impose itself later in the game.

Exploiting this quintessential weakness in China’s position, North Korea’s manipulation of China against the US was guaranteed a success. By presenting itself as nearing a breakthrough with the US, and by listing China as an optional rather than mandatory participant in the declaration of the ending of the Korean War in the Panmunjom Declaration, North Korea heightened China’s concern to an unprecedented level. Similarly, China’s embrace of Kim Jong Un ensures that the US and South Korea cannot exclude China in their dealings with North Korea going forward. For instance, Beijing is relying on Kim to reject any proposal to exclude China in negotiations to secure an end of war declaration no matter how hard people question the legality of China’s involvement in the Korean Armistice Agreement.

Tactically, China came out of the Singapore Summit a winner. It presented itself as delivering North Korea to the negotiation table through economic sanctions and morally holds the Trump administration liable for reciprocity given Trump’s 2017 comment about the transactional nature of the trade and North Korea issues with China. More importantly, it successfully shifted the pressure and responsibility for denuclearization negotiations to the Trump administration away from the narrative of North Korea being “China’s problem.” Despite its distrust of North Korea and the abrupt course change of Sino-DPRK relations engineered by Pyongyang, China has worked quickly to disperse the immediate possibility of a war and of being sidelined on Korean Peninsula affairs, two of Beijing’s biggest fears.

The Myth of China’s Economic Sanctions

China’s implementation of international sanctions on North Korea is highly scrutinized as a key indicator of China’s level of cooperation on denuclearization. As Sino-DPRK bilateral ties thaw, many observers assume that China must be easing some sanctions on the North as well. However, the answer depends on the kinds of sanctions we are talking about. On trade, UN sanctions on North Korean exports do not appear to have been eased based on official Chinese data. According to the Chinese Customs, Sino-DPRK trade in the first half of 2018 was 7 billion RMB, down 59% from the same period in 2017, including a decrease in Chinese exports to North Korea of 43%, or 6.38 billion RMB; and a decrease in imports from North Korea of 88.7%, or 690 million RMB. The same set of data also suggests that Chinese imports from North Korea have been in decline for 10 consecutive months since 2017.

It is easy to understand why China, even if it wanted to, wouldn’t simply resume the import of North Korean coal or seafood. Shipment of such large commodities is a pure violation of UN sanctions and is too easily caught by satellite surveillance. But this doesn’t mean that China cannot increase its support of North Korea in other ways. According to Chinese interlocutors, China has lifted most of the unilateral sanctions it imposed on North Korea since 2017, including the resumption of suspended Chinese group tours to North Korea and flights between Pyongyang and Beijing as well as Shanghai. Moreover, assistance—especially agricultural assistance—is a key area not included in the UN sanctions when it is categorized as for humanitarian purposes. As early as this past May, Chinese fertilizer manufacturers were thrilled about an upcoming government procurement of 200,000 tons of urea fertilizer to be supplied to North Korea.

The thawing of Sino-DPRK relations is primarily motivated by Beijing’s fear of negotiations about the future of the Korean Peninsula proceeding without an essential role for China. Denuclearization remains high on China’s priority list as it has no desire for a nuclear North Korea on its border, but prominent Chinese experts have expressed concerns that North Korea has shown no intention to abandon its nuclear capability. To that end, Beijing is likely to criticize the US for any potential leniency on denuclearization, although it has a much longer-term vision of how it will be accomplished. However, China’s desired approach is still for a US-China grand bargain over the future of the Korean Peninsula, including but not limited to the question of the future US-ROK alliance.

In the short run, the closer ties between China and North Korea mitigate Pyongyang’s international isolation and diversify its sources of support, which some experts believe disincentivizes a speedy compromise by North Korea on the nuclear issue. But from Beijing’s perspective, if everyone is engaging North Korea, why shouldn’t China? Moreover, China is pleased by North Korea’s demonstrated interest in prioritizing economic development. And it sees the potential of enhanced political cooperation to help the North maintain its domestic political stability and regime security if it does embark down a path of reform and opening up, which many Chinese believe could lead to denuclearization in the long run.

There is no question that China sees North Korea and the trade issue as correlated and through the lens of US-China relations. If anything, the fluctuations, the linking and delinking of these two issues in President Trump’s China policy underscores for Beijing the undesirability of a near-term solution on North Korea. Just like the trade war, the US will likely find itself in another war of attrition with China on the North Korea front.