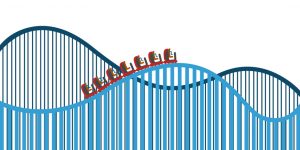 In a presidential tweet on Wednesday, President Donald Trump sounded cautiously hopeful regarding negotiations with North Korea. “Decent chance of Denuclearization,” he announced in uncharacteristically low-key fashion through social media. He added that negotiations had already achieved more than symbolic gains in the form of a freeze on nuclear weapons and missile testing, the return of soldiers’ remains from the Korean War, and the release of three Americans held prisoner.

The next summit is unlikely to prove a decisive success or failure, although pre-negotiating a couple of specific steps in the direction of denuclearization would help ensure progress. The president has 2019 and perhaps 2020 to demonstrate that diplomacy is productive and not simply buying Pyongyang relief from pressure and time to keep acquiring lethal weapons.

In this next phase of diplomacy, the United States and its allies must simultaneously prepare for two broad contingencies: first, a breakthrough denoted by Pyongyang undertaking significant steps toward dismantling its nuclear capabilities; and conversely, failure in the form of a protracted impasse or an abrupt, crisis-induced short-circuiting of negotiations.

As long as the United States is embarked on this diplomatic rollercoaster ride, there are concrete steps that it can take to prepare for different contingencies and safeguard its core interests when it encounters turbulence along the way.

Contingency One: Laying the Groundwork for a Breakthrough

A process of rigorous empirical measurement must begin with a material declaration that includes the numbers and types of nuclear weapons in North Korea’s arsenal, including long-range ICBMs. US officials will need to operate under the assumption that any declaration will be incomplete, but an early focus on facilities with direct nuclear weapon applicability and a series of declarations and inspections can, over time, yield an effective verification regime. As the United States looks to firm up its commitments from North Korea beyond the shutdown of facilities at Yongbyon, one realistic first step is to focus on putting a moratorium on North Korea’s production of all weapons-grade fissile material. Although it is virtually impossible to prevent North Korea from concealing some existing stockpile of fissile material, it is technically possible to remotely monitor a freeze of fissile material production, including through online systems activated at enrichment facilities.

Additionally, bearing in mind the inherent tensions between the roles of the IAEA and US inspection teams, the United States will also need to organize a special verification organization. Expert visits, potentially even including a circumscribed Russian role, to test sites based on cooperation between the United States and Comprehensive Nuclear-Test-Ban Treaty Organization would be a solid first step toward testing North Korea’s willingness to work with international inspectors. There could be a third-party mechanism that publicly reports on what both the United States and North Korea are doing, considering that the Six-Party Talks ultimately broke down because both sides contended that their counterparts were not keeping their end of the bargain.[1] Finally, the Trump administration will need to keep Congress fully apprised of North Korea’s actions, statements, and perceived intentions, as a crucial way to prevent an executive-legislative branch breakdown in potential implementation of any accord. Congress must play a leading role in authorizing and appropriating funds, such as to open up an Interests Section or Embassy, and will be essential to tweaking sanctions legislation should it be prudent.

The United States cannot achieve its objective of peacefully denuclearizing North Korea unless it can convince Kim Jong Un that a new bilateral relationship is within reach and that the United States and South Korea can be trusted. This will take time but must also govern how Washington and Seoul couple pressure and demands with demonstrable benefits—even if those benefits are placed in escrow until Pyongyang has made sufficient progress to warrant granting Kim access to that account.

An effective strategy of engagement with North Korea requires clear delineations of reciprocity, in the form of both inducements and punitive measures. Within the current de facto freeze-for-freeze framework that North Korea has in effect instituted, it has placed on the negotiating table a nuclear and missile testing moratorium; an offer to verify closure of the Punggye-ri nuclear test facility and Sohae (Tongchang-ri) long-range missile launch and engine test site; and an offer to retire its nuclear capabilities at Yongbyon. Over the course of working-level negotiations, the United States can more ambitiously strive for arms reduction, not simply settling for arms control as an interim measure. These steps can include a disclosure of the nuclear inventory and some reduction of warheads (perhaps even moving them out of the country); destroying transport erector launchers (TELs) or missiles; and initiating a program to control and redirect identified nuclear scientists within North Korea.

The United States has yet to attach clear valuations to the “corresponding measures” that North Korea has demanded in return, but there are a few limited measures that it can offer up. In the political domain, the United States can continue to build momentum on mutual confidence building measures with great symbolic value, including the establishment of a liaison office—and perhaps eventually, an offer for an embassy in Pyongyang. It could also open up high-level US-North Korean military exchanges at Camp Humphreys and arrange for colonel-level exchanges in Goksan Valley. Depending on the boldness of the steps toward denuclearization that North Korea takes, the United States and South Korea could work on negotiating sufficient sanctions relief to directly fund some of the cooperative infrastructure projects outlined in the Panmunjom Declaration and the Pyongyang Joint Declaration of 2018.

An end-of-war declaration must be held strategically as a bargaining chip in peace negotiations with North Korea, as the United States will need to ensure that neither Pyongyang nor Beijing cast any doubt on the American position that the US-ROK mutual defense agreement stands entirely separate from the signing of an armistice agreement. Additionally, the United States needs to make it clear that full normalization of diplomatic relations with North Korea will ultimately be impossible without addressing the issue of North Korea’s human rights practices.

Launch an alliance discussion with South Korea on the future raison d’etre and the disposition of the alliance, both as it pertains to the peninsula and the broader Asia-Pacific region, should peace processes proceed.

Maintaining stability on the Korean Peninsula will remain the key priority of the alliance, but these safeguards will also need to encompass other revisionist forces that may disrupt equilibrium on the peninsula. If the United States does not adapt its diplomacy to shape and reinforce where appropriate the contours of South Korea’s peace agenda, it will be outflanked by other more opportunistic and geographically proximate powers—most notably China—that have an interest in co-opting the inter-Korean peace initiatives to shift the regional center of gravity in their favor.

Given the contending major power interests at play, outcomes of US diplomacy with the Kim regime will be critical in determining the power balance in the wider Asia-Pacific region. In light of this, the United States needs to initiate a discussion with South Korea that clarifies goals for the future Korean Peninsula, including the future of US military forces in South Korea, and the broader Northeast Asian security architecture, and then identifies the aspirational plans and potential red lines of South Korea and Japan, as well as China and Russia. A conventional demilitarization road map could begin with serious confidence building measures (CBMs) and quickly expand to conventional arms. CBMs and arms control talks, led by South Korea with US participation, might tackle North Korea’s numerical advantages in some conventional forces, beginning with entrenched artillery, cannons, rocket launchers, mortars, and short-range ballistic missiles in the Kaesong Heights.

The United States will also need to find ways to elevate the US-ROK alliance beyond an exclusive orientation around North Korea. Moon’s vision for establishing a sustainable peace regime and continuous economic community on the Korean Peninsula is inclusive of engagement with not only its northern neighbors, but also with ASEAN countries, including Vietnam, Indonesia, and Thailand, under his marquee “New Southern Policy.” These are worthy initiatives that warrant US support as they directly support American interests in the Indo-Pacific region.

Contingency Two: Bracing for an Impasse or Abrupt Failure

Simultaneously, in preparation for an extended impasse or a complete breakdown of negotiations, the United States and its allies must ensure that their coercive diplomatic, economic, and military toolkit remains within easy reach.

Prepare to incrementally dial up and dial down economic, diplomatic, and military instruments of coercion without risking an all-out conflict spiral.

The Trump administration will need to determine the point at which the United States should walk away from negotiations with Pyongyang should no meaningful steps toward denuclearization materialize. Preparing for offramps must include a plan for dialing up comprehensive economic and diplomatic pressure as well as stepping up military deterrence and defense. If the denuclearization negotiations fail, the United States-South Korean alliance needs to resume its previous posture, but neither at the speed nor scale that would trigger dangerous North Korean misperception and miscalculation.

Here, snapback must begin with diplomatic and economic tools, including an aggressive re-institution of economic sanctions on North Korean and third-party entities, rather than immediate military measures. Depending on whether this brings North Korean negotiators back into line with US goals, the United States could also consider announcing the reinstitution of the Ulchi Freedom-Guardian combined exercises with South Korea and of the Vigilant Ace military exercise, which was slated for December of 2018.

Find creative ways to maintain readiness and deterrence in preparation for potential crises, even as confidence building measures progress and other calls for reducing military power grow more pronounced.

Conventional arms control and CBMs remains a critical dimension of containing the North Korean threat. According to some experts, maintaining stability and peace on the peninsula are more important than pursuing complete, verifiable nuclear dismantlement. Extending the moratorium on major US-ROK military exercises through 2019, and perhaps beyond, may represent a step toward peace, but it does not necessarily translate into stability over time. Indeed, given the high turnover rate of ROK and especially US forces every year, the absence of large-scale training exercises effectively reduces readiness for large-scale defense contingencies. The United States needs to ensure that modifications to military exercises preserve sufficient deterrence should talks fail abruptly.

Finally, the United States and South Korea will need to red team the situation for possible hybrid warfare and other surprise gambits by North Korea. This is particularly pertinent as the North Korean government devotes significant resources to developing its cyber operations and has grown increasingly sophisticated in its targeted offensive capabilities that according to the Director of National Intelligence “seek economic, political, and military advantage” over the US and its allies. In the absence of international sanctions relief, North Korea appears to be engaging in increasingly hostile cyber activities including theft, website vandalism, and denial of service attacks to circumvent multilateral pressure. Indeed, some analysts consider the North Korean cyber threat to quickly be reaching a level of sophistication only surpassed by China, Russia, and Iran. In light of this growing threat, the United States and South Korea need to step up cyber offensive and defense capabilities to thwart North Korea’s use of cyber warfare.

The next two years represent a highly mutable phase of diplomacy that will serve as a prelude to a significant breakthrough, devolve into failure once again, or settle into some in-between dynamic equilibrium. The steps we have outlined can help the US government pursue what the president believes is a “decent chance” at denuclearization, and brace for failed diplomacy should this round of rapprochement with North Korea follow past patterns.

Patrick M. Cronin holds the Chair for Asia-Pacific Security at the Hudson Institute, and Kristine Lee is Research Associate at the Center for a New American Security. This essay is adapted from their forthcoming CNAS report, Negotiating with North Korea: How Does This End?