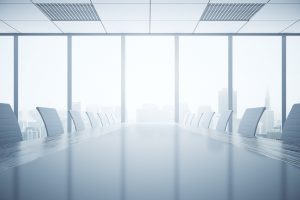 This is an article about the “p” word—process. In some circles, it considered best to speak the word with head tilted slightly back, indicating barely concealed contempt. That way, you can demonstrate that you don’t think the manner and means—i.e., the process—by which agreements are negotiated are important because you are tough-minded and are really only interested in results.

Why such an allergy to using the “p” word exists is a good question. How in the world anyone expects to cross the street without putting one foot in front of the other, I don’t know. Negotiations need process—at the simplest level, the where, when, what and who; tables and chairs and coffee breaks for crucial off-line conversations; dinners or lunches sometimes; paper, pencils, a joke here or there to break the tension. And most of all, process is communication—serious, sustained, intense communication of ideas back and forth across the table. That includes listening closely as well as speaking precisely.

Perhaps one reason “process” is in ill repute is that from the outside negotiations look like a game where the score can be tallied after each inning. Who won, who lost, what were the errors, and is anyone left on base?

From my experience, that is not normally how things have worked with the North Koreans. Quite the opposite. What made negotiations possible, for talks to move forward, was the agreeable fiction that “nothing is decided until everything is decided.” That can sound like an awkward approach, but it had significant advantages. Any single concession in isolation may have been too much for Pyongyang—or Washington, for that matter—to digest. Seen as part of a final structure, however, the pieces could appear logical, practical and necessary. Moreover, with trust in short supply, neither side had to commit fully on any one issue until the entire structure was complete, at which point it became possible to weigh the balance of all the give and take. Whether that approach will work in the current context, starting at top-level meetings and coming back down the mountain to working levels remains to be seen. The intense public and political focus on the US-DPRK “summits”—a word infused with almost mythical importance—may make it much more difficult to hold off scoring the inning, thus depriving the process of its full potential.

Negotiations with the North Koreans are widely described as tough, rough, rugged, contentious, and other words suggesting unpleasantness. That may be, and certainly was how many people have felt at the end of a long day sitting across from a DPRK negotiating team. But it is actually a question of where along the arc of the negotiations one looks. The North’s opening positions—certainly those at the beginning of a negotiating process—can be frightful, though they often contain faint clues about movement down the road. The word “impossible,” repeated frequently enough in the North Korean position starts to make the entire exercise seem a waste of time, until, usually late in the talks, what was impossible suddenly becomes possible. Although normally cautious at the outset, there have been times when the North started the talks with a big bang, as in July 1993 when it advanced the idea of trading graphite moderated (plutonium production) reactors for light water reactors. In effect, Kim Jong Un has done something similar along these lines by feeding into the mix important concessions (e.g., announcing a full stop to nuclear and missile tests; putting Yongbyon on the table) even before the negotiations have begun.

The North Koreans pay a lot of attention to atmospherics. Generally, they do their best to keep the atmosphere civil and professional, even using humor at times to keep things buoyant. What they expect in return is for the other side to respond in kind. Make no mistake, that isn’t meant to imply that things don’t sometimes get testy, but those moments tend to be the exception rather than the rule. Sometimes they are part of a well-defined tit-for-tat exercise. “If you Americans slam your notebooks down and walk out of the room, then we have to do that, too.” The North Koreans are at their most prickly and defensive when they sense that the other side is toying with them, not taking them seriously. They demand a level playing field at least in terms of respect at the table. Their radars are sensitive to slights of the sort Americans are all too prone to give without even realizing it. That becomes less of a problem when the two teams become accustomed to each other, but it never goes away entirely.

North Korean negotiators often nibble at the edges of compromise, giving way on small matters in order to keep up some sense of forward momentum while saving the most difficult issues for last. If they are looking down the road to an eventual resolution of a problem, experience suggests they would rather avoid butting heads too hard too early in the process, or risk putting themselves into tactical corners from which it is hard to get out.

In negotiations, speed can kill. Solutions—rarely perfect, it is true—tend to emerge over time. If the DPRK side retreats from a position, it may not be immediately apparent. In some instances, they lay down what is in effect a rhetorical barrage to cover the fact that they have backed up to a new line both easier to defend and easier to abandon when the time comes for a settlement. A key point to remember is that when dealing with the North, diplomacy can change “reality” as it moves; perspectives and options for both sides begin to look different in the light of even incremental progress.

As a general rule, North Korean negotiators proceed cautiously, sometimes circuitously. The path to “yes” tends not to come in a straight line. They tend not to drop old positions; what is important is to listen for their description of “changed circumstances” within which they carve out room for flexibility down the line. They don’t, as a matter of course, simply raise new demands when old ones are met, pocketing a concession and asking for more. They often use progress to build more progress, sometimes even expressly matching concession for concession. They insist on a sense of balance and reciprocity at all times, especially in any documents that emerge from talks. Procedure and agenda are seriously important. An American position that starts with “You are the problem, and you have to solve it,” is a good way to get nowhere fast.

Americans tend to be impatient, to want rapid and well-defined progress. We are prone to lay down preconditions, either to convince ourselves that the other side is seriously committed, or to wriggle around domestic political pressure. The North Koreans will not accept anything that is expressly identified as or even has the whiff of being a precondition. If the other side insists on preconditions, they will lay down their own, something they understand will obstruct even starting serious talks. Preconditions are, to the North Koreans, a way of bullying them, of seeming to put them on a leash even before negotiations begin. That is something they simply will never accept. The way around this? Diplomats are paid to wrap fish in perfumed silk bags, and a precondition has to be well packaged to pass the smell test in Pyongyang.

All, some, or none of the above may be applicable to what goes on in Hanoi at the next summit. Both leaders are free to put aside their briefing books—assuming they even look at them—and move according to their instincts and sense of the possible. Bureaucracies and advisors working with kings, emperors and presidents have known that for centuries. Having the Hanoi talks over two days (February 27-28) may provide useful space for refining and correcting missteps by either side on day one. Many experts would be more comfortable with the working-level process leading, possibly and eventually, to the summit. But we have the reverse, and no one really knows what it will mean to ski downhill from the top of Mt. Everest.