Last June, the Global Fund to Fight AIDS, Tuberculosis and Malaria officially terminated all of its operations in the Democratic People’s Republic of Korea (DPRK). For nearly a decade, the Geneva-based NGO had been the biggest contributor to the National Tuberculosis Programme in the country, serving as the main source of tuberculosis (TB) treatment for patients.[1] The Global Fund had allocated an additional $44 million USD for the 2018-2021 cycle; thus, its abrupt decision to withdraw all of its grants was received not only with criticism by the humanitarian community, but also much confusion over the rationale for the decision.[2] Some have speculated that this decision was a result of the behind-the-scenes influence by the US government for its maximum pressure campaign against North Korea.

The official statement explained: “…despite additional safeguards, we remain concerned that the unique operating environment in the DPRK prevents us from being able to provide the Board with the required level of assurance and risk management around the deployment of resources and the effectiveness of the grants.”

From this statement, the Global Fund was concerned that resources were being diverted and grants were not achieving their goals. But the factual basis of these concerns is suspect. The whereabouts and usage of the grants, which were administered entirely through UNICEF and WHO, are clearly laid out in their financial and progress reports. Contrary to the Global Fund’s assumptions, they show that its grants for TB control have been more effective in the DPRK—and at a lower than average cost per patient—than many other recipient countries.

Cost Per Patient in DPRK vs. Other Countries

According to the Global TB Report, an official document annually published by the WHO, in 2017, the Global Fund was the single largest international source of donor funding reported by national TB programs worldwide.[3] Contributions by the Global Fund accounted for 80 percent of total international donor funding of US$1.1 billion,[4] which means that the NGO spent roughly $880 million on TB control worldwide in 2017. The Global Fund states in its most recent Result Report that in the same year it provided TB treatment for 5 million people in the countries and regions where it invests.[5] With these numbers, we can roughly calculate the global average cost per patient of these funds for TB care:

In the DPRK, the Global Fund has disbursed two grants to strengthen TB control from 2010-2015 and the quality of TB care from 2015-2018. According to the Grant Performance Reports, these two grants disbursed a total of $69,181,392 over this eight-year period,[6] or roughly $8,647,674 per year on average.[7] The Global Fund also reports that its funds paid for the treatment of about 96,000 TB patients in 2017. This gives us the average cost of TB care per patient specifically in DPRK:

This cost came to nearly half compared to the global average in 2017.[8]

Effectiveness of the Grants[9]

The DPRK grants have also been highly effective. In fact, if we compare the 11 countries comprising the WHO South-East Asia Region (SEAR), North Korea is clearly one of the countries that shows a consistent reduction in the number of TB deaths from 2010-2016 (Figure 1).

Figure 1. The number of TB deaths from 2000 to 2016 in 11 countries of the WHO South-East Asia Region including North Korea. 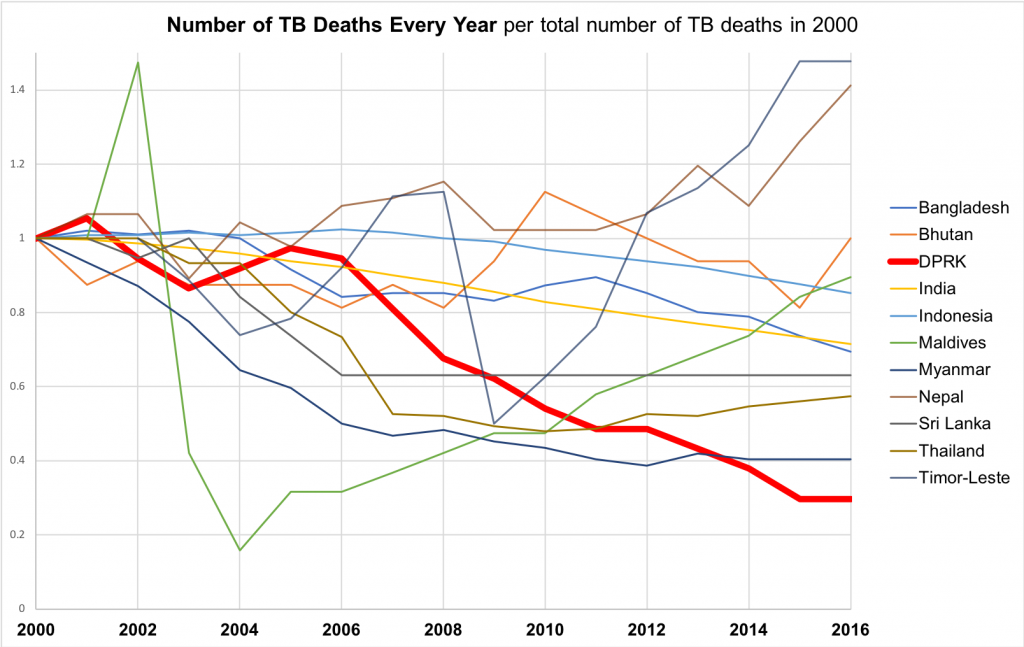 Figure 3. The percent reduction in the number of TB deaths from the start year of Global Fund Investment to 2016.

The Global Fund periodically issues a performance rating for its grants based on impact and outcome indicators which include TB incidence rate, TB mortality rate, case detection, treatment success rate, and case notification rate. The two TB control grants in the DPRK have recorded consistent success, scoring the highest two ratings of A2 and A1, “exceeding expectations” and “meeting expectations” respectively, over the majority of the eight-year period.[10] Considering the fact that the Global Fund spent significantly less money per treatment in North Korea than in most other recipient countries, the high performance rating indicates that the grants have been highly cost-effective. In fact, from 2010-2018 the DPRK has been more successful than all other SEAR countries, achieving a 45 percent reduction in the number of TB deaths not related to HIV (Figure 3).

Figure 4. The performance rating of TB grants in DPRK vs. other countries.[11]

Our analysis contradicts the Global Fund’s rationale for ending its TB grants and argues for continuing its program in the DPRK. In 2017, the DPRK had a large funding gap for TB care, a significant portion of which was alleviated by the Global Fund, as shown in Figure 5.[12] However, after the Global Fund withdrew its grants in 2018, the DPRK confronted the largest TB funding gap of any country in the world, meeting less than 10 percent of the budget required to provide TB treatment for its people.[13] More than 160,000 people suffering from TB in the DPRK are hoping for continued treatment of their life-saving medications.[14] The Global Fund announced last month its target of $14.0 billion for all of its programs for 2021-2023, urging its partners and donors to “…build on the gains we have made, or we [will] see those achievements eroded.” Consistent with this appeal, the Global Fund should resume its operations in DPRK if it doesn’t want its message to ring hollow.

Figure 5. Sources of funding and funding gaps for the TB-specific budgets included in national strategic plans for TB in 2017 and 2018, 30 high TB burden countries.