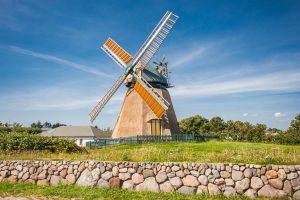 Inspector O was sitting in the lobby, eyes closed, a frown deeply etched into his brow. I made every effort to walk up silently beside him. This has never worked. Without turning his head or opening his eyes, he said as if addressing a force beyond the ceiling, “I’ve been thinking.”

A klaxon sounded in my brain. When O starts a conversation with those three words, it means he has something up his sleeve.

“Thinking is fine,” I said, seating myself in the fake leather chair beside him. Piped-in music was competing with the sound of motorbikes on the street, so I knew we were more or less safe from being overheard. The lobby was otherwise empty. “Perhaps first you can tell me why we had to meet here on such short notice? I have other things to do.”

Inspector O sat up. “Of course,” he turned to me, concern dripping from the edges of each word, “don’t we all.” His tone then turned conspicuously bland, another warning sign. “Nice place this time of year.” He glanced out the window. “I figured you might need a change of scenery, away from all your busyness.” He paused. “Where are you staying, by the way?”

Suddenly he sat bolt upright, eyes like ice pellets. “Where?”

“The Eurostars Zarzuela Park. I needed to use some hotel points. It’s austere, I know. Besides, it has a pool.”

“You don’t swim.” This was said grimly.

“Never too late to learn. Besides, I like the neighborhood. There were a lot of police cars, so I figured it must be very safe.” I smiled, an easy thing to do since at this point in the conversation I thought I was ahead of him. “I was supposed to stay here at the Carlton, but it was mysteriously booked up.” I smiled again. “Maybe you took the last room.”

O turned silent. I could tell he was brooding. At last he said, “Don’t toy with me, Church. We both know why you are booked at that hotel.” He leaned toward me in order to speak softly, “CNI is standing over there.” His eyes darted to an elderly man loitering near the entrance to the breakfast room.

“Is that a fact?” I said, not turning my head to look. “Spain’s finest are not paying me, so, they must be paying you.”

This drew a cold silence. Then he brightened. “Smile,” he said. “You’re on candy camera.”

“Candid. Candid Camera. They already know who you are, so I guess this means I should expect a phone call tonight.”

“They’re goosey since the incident.”

“Fair enough,” I said, “and we both know why you are here in Madrid. Funny days, eh?” O didn’t seem to think so. I switched to a logical tourist question, “You’ve been to Spain before?”

“A few times.” Now he was much too nonchalant. “Mostly in Barcelona. Oddly exhilarating place if you ask me. Though tiring.” He paused. “Did you know Trotsky was once there?”

“I did. Did you know that his assassin was raised there, too?” O nodded as if this was common knowledge. I went on, though less sure I was still ahead of him. “You saw the Roman ruins?”

O waved away the question. “No time for that. Mostly I was in Portugal. You? Ever been there?”

“Once,” I said. “Wonderful place. Did you know the westernmost tip of Portugal is closest to North America in all of Europe?”

O snorted. “Good, we both passed geography class.” He stood up and surveyed the lobby. His gaze paused on a younger man and rather tall blonde woman at the check-in desk. His eyes narrowed for a moment as he considered who they were. I saw a slight movement of his head toward the CNI man, who nodded imperceptibly. It could have been nothing, but I doubted that. “Let’s stroll,” O said briskly. “We can head out to the Manzanares to find a café. There, my friend, we can sit and watch the world go by.”

Once outside, O moved at a determined gait that far exceeded any normal pace. This was not a stroll; it reinforced my conviction that O was going to spring something on me. He had no plans to watch the world go by. That was not in his DNA.

The café was about twenty minutes away and looked deserted. At first, I thought it might be closed, but O pushed open the door. He called out in Spanish. Moments after we sat outside at a tiny table a waiter appeared bearing two thimble-sized cups of coffee. A few Spanish words were exchanged and then the waiter, grinning as he pocketed the 10 euro note O passed to him, disappeared.

“If you are going to ask me what happened in your Embassy, I can tell you right now that I don’t know.” I decided to get this out of the way.

“Of course you don’t!” O stirred a couple of grains of sugar into his coffee. “I didn’t expect you would. Your friends in the FBI are few and far between.”

“You think the FBI was involved?”

“Let’s just say I’m keeping my eye on them. This was a terrorist attack on an embassy. Embassies are supposed to be protected and, what’s the word I see sometimes, inviolable. When one of your embassies is attacked, not just a noisy demonstration from outside but actually attacked, you howl bloody murder. We haven’t heard much in the way of protest or condemnation from those of you so dedicated to telling the rest of us about international law.”

“So, you’re here to investigate?”

O laughed. “Not my lane. I don’t do investigations. This was such an amateur job. We know who did it. It won’t happen again. They must have overdosed on Don Quixote.”

“You have read Cervantes?”

“You mentioned the FBI. Just hypothetically, what if they were involved?”

This stopped me dead. I can usually glean the original no matter how mangled it comes out. Not this time. I had to let it pass.

“Let me be blunt.” O finished his coffee gravely. “I’ve been tasked. You will be helpful for a change?”

“Fire away.” The coffee was coal black. I pushed it gently to the side.

“I go out in the rain.” O turned up his collar, as if to dramatize the thought. “What do I need lest I get wet?”

“How about an umbrella?”

This drew a thoughtful look, something verging on satisfaction. I realized I had walked into a trap. “What about,” he said slowly, “a parasol?”

I considered, calculating the directions in which this could bounce. “No good. A parasol is smaller, mostly used for looks, maybe it is OK for the sun and a dainty complexion.”

O smiled. “So, it’s a question of size, maybe appearance.”

“I guess you could say that.”

“Words are so wonderful, don’t you agree, Church?”

“You called me to Madrid to talk about rain gear?”

“Not to worry, Church. You have earned your keep.”

“I’m not on your payroll. Never will be.”

“In that case, the coffee is 10 euros. The waiter needs compensation that I don’t happen to have at the moment. He’s actually Russian, used to work for the KGB here, met a girl, you can imagine the rest.”

I was feeling dizzy. Being with O sometimes brings that on. “I still don’t understand your interest in parasols, forgive me.”

O closed his eyes. He took a deep breath. “Your country insists that it has a nuclear umbrella over the Korean Peninsula. This is a problem.”

“Well, it’s not a problem as long as you behave.”

“Then that’s the real problem, don’t you see? We do everything, you do nothing.” He illustrated the imbalance with his hands.

“In that case, what do you propose?”

“Words, Church, words. In case our policies drastically change, you don’t need a nuclear umbrella.” He emphasized the last word.

“Why not! Why not a nuclear parasol! Very dainty image, nothing offensive or threatening about it, and you don’t have to move a muscle to actually change anything.”

“Well, I won’t say that you did.” He tapped his fingers on the table in the rhythm of a rhumba. Then he stood.

“Or perhaps a bonnet?” he was thoughtful as he scanned the street. “A nuclear bonnet?”

He had disappeared down the street before I could think of anything to say.