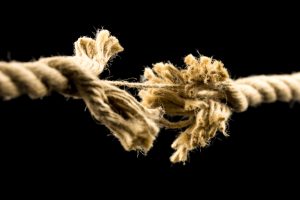 Since the April 12 address to the Supreme People’s Assembly (SPA) in which Kim Jong Un took a tougher line toward both Seoul and Washington for continuing military exercises, Pyongyang media have been notching up criticism of South Korea. Over the past year, the North had confined its criticism of the South—all of it in lower-level commentary—to the ROK “military” as the culprit for staging exercises and bringing in military equipment in what it claims is a violation of North-South accords. The day after Kim’s speech, however, a KCNA commentary escalated the criticism from the “military” to the “authorities.” Typically, during periods when inter-Korean dialogue is in a positive phase, the North generally keeps its complaints against the South aimed at the “military.” The shift to direct criticism of the “authorities” is a signal of how much the atmosphere for inter-Korean dialogue has frayed. Indeed, the KCNA commentary on April 13 went so far as to ask rhetorically whether there was any difference between the “present authorities” and the conservative Park Geun-hye regime.

On April 25, the North escalated its criticism of the South Korean “authorities,” releasing a spokesman’s statement in the name of the Committee for the Peaceful Reunification of the Country (CPRC). Two days later, a KCNA commentary criticized the South Korean “authorities” for “double sided acts” in staging exercises in contravention of what Pyongyang says are North-South agreements over the past year to discontinue any activity threatening the other side.

Despite the escalation, the latest spate of North Korean criticism has stopped short of claiming that North-South relations are already over the cliff. Pyongyang is still pulling its punches, warning only that the North is “disappointed,” and is watching things closely. In language redolent of Kim Jong Un’s SPA speech, the April 25 CPRC statement warned of the possibility of a “corresponding response” to the South’s continuing exercises, but the bottom line of the statement kept the door open for dialogue, noting only that Seoul’s conduct “could” (not “had”) put inter-Korean relations into “irreversible danger.”

A regular North Korean complaint over the past year has been that the reduction in scale and change in the names of military exercises were nothing more than efforts by Washington and Seoul to slip around the June 12 US-DPRK Singapore statement and various North-South agreements. These complaints, however, had not prevented the North from moving ahead with high-level US-DPRK or inter-Korean meetings. The recent change in tone and level of the criticism—taking its cue from Kim’s SPA address—suggests that Pyongyang is prepared to see things get worse before they get better.