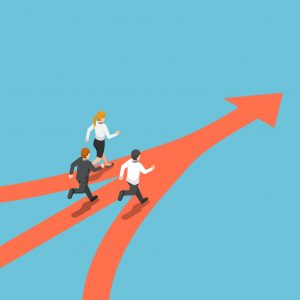 Since last year, it has generally been acknowledged that the issue of North Korea’s nuclear program cannot be solved by external military actions or by the collapse of the North Korean regime, but that negotiations for a “peace for nukes” deal is the only way ahead. For once, a US president—Donald Trump—began to bargain with Kim Jong Un in earnest, and his outreach was gladly accepted by the North Korean leader with eager support from South Korean President Moon Jae-in. We may not see such a combination of favorable factors again any time soon.

However, the start of 2019 has shown how tough the road to peace will be. Like any negotiation, there will be highs and lows as the two sides work through decades of political and historical baggage in trying to find a solution. It is yet to be seen if the parties have both the political will and resolve to weather the inevitable challenges ahead. The failure of the US and DPRK to come to an initial agreement in Hanoi in February underscores the difficulties these actors face in overcoming decades of mistrust. During the recent meeting with Russian President Vladimir Putin, Kim was reported to have asked Putin to transmit such a message to the US. While Russia has been playing a largely supporting role in this process so far, the Putin-Kim summit showed the value of considering moving to a multilateral negotiating mechanism.

Is there any hope that despite the second Trump-Kim summit ending with no concrete outcome and the harsh rhetoric from both Washington and Pyongyang that followed, that the Hanoi Summit was simply a setback and not the end of the road for US-DPRK negotiations? Details leaked from both sides show—yet again—how fundamental differences still exist between Washington and Pyongyang on how to move the process forward.

Unlike a normal negotiation where the details are hashed out at the working level, reports have shown that North Korean negotiators did not have the authority to discuss aspects of the nuclear program, but that substantive discussions on these topics were reserved for the “supreme leader’s” level. But even with Kim Jong Un as the negotiator, the North Koreans were mistaken in their belief that giving up their Yongbyon nuclear complex—the heart of the North’s nuclear program—would be enough for the concessions they demanded (even if not in full).

While some experts discount the value of the facilities at Yongbyon, their importance should not be underestimated. In fact, Yongbyon houses North Korea’s only source of plutonium and much of its uranium enrichment capabilities. Dismantling these facilities would therefore severely limit the North’s ability to produce weapons-grade fissile materials. Moreover, an inspection and verification regime for these facilities would deepen our knowledge of the North’s WMD program immensely, thus moving us closer to the final goal of denuclearization.

However, the lack of working-level discussion and clarification of what all the North’s offer regarding Yongbyon entailed severely hampered the ability to reach an agreement. US negotiators were not ready to give up their “trump card”—the sanctions’ regime—not knowing exactly what they could get in return.

There was also a misunderstanding of motives—North Koreans concentrated on the sanctions issue not because it was and is a matter of “life and death” for North Korea, but because they presumed the issues of an “end-of-war” statement and political rapprochement were already “in their pocket.” In essence, they wanted to extract more from the US. In fact, the North Korean side did not expect the US to fully accommodate their demands for complete UN Security Council sanctions relief, but were ready for a partial easing of sanctions deal, and even accepted a clause that sanctions may be re-imposed in case of a breach of their obligations, as revealed by top North Korean diplomats after the summit.[1]

The two sides now are not only at square one, they seemingly returned to pre-September 19, 2005 Joint Statement positions. The core of this problem seems to be fundamentally different definitions for “denuclearization.” The US insists it is necessary to define the destination to justify starting down that path. Its ideal concept is to achieve a nuclear zero in North Korea within a short time frame, with rewards to follow, whereas the North Koreans have made it clear that they prefer an open-ended, action-for-action process, with considerable rewards at each step of a denuclearization process.

As was confirmed by the recent meeting with President Putin, Kim Jong Un is now waiting (until the end of the year) for the US to change its position closer to the North’s conceived path forward. There is no reason to believe that the North will change its adherence to an “action-for-action” approach. This is understandable as the models of denuclearization used before (South Africa, Ukraine, Kazakhstan and Libya) are irrelevant for North Korea, as a major rationale for its WMD program remains a deterrent against external threat—an external threat that persists.

It is clear there are fundamental misunderstandings that hinder the success of a bilateral US-North Korean negotiating format. The two sides would inevitably get bogged down in the contradictory approaches to “complete denuclearization,” as well as the ambiguity of an “absence of hostile intent” and “security guarantees.”

Thus, instead of losing this opportunity for addressing North Korea’s nuclear program, alternative approaches to the negotiations themselves should be sought. Since the definition of “denuclearization” is one of the major stumbling blocks, it would be logical to separate it out and examine each part in detail. One potential way to structure this would be to use a 3+1 formula: relevant nuclear weapon states (the USA, China and Russia) negotiating with North Korea. In accordance with Article II of the Nuclear Nonproliferation Treaty (NPT), non-nuclear weapons states (such as Japan or South Korea) are prohibited from any access to nuclear weapons technology and thus cannot be a part of discussions. Therefore, the only way to solve the matters concerning the North’s nuclear weapons program on the practical (and technical) levels is dealing directly with nuclear weapons states.

In fact, the trilateral (nuclear weapons states) format has been tried on the expert level in several tracks and proven to be extremely useful. One such process was sponsored by the Swiss-based Centre for Humanitarian Dialogue (HD), which included the participation of US, Chinese and Russian diplomatic and disarmament experts. The process has resulted in developing a road map for the relevant governments and is still ongoing; the last meeting took place in March in Oslo. Another example is a process initiated by the Russian Center for Energy and Security Studies—the latest meeting of which took place in Vladivostok in September 2018. This Track 1.5 process included government officials and the frank discussion has helped figure out solutions to some key sticking points.

The opportunity for North Korean experts to participate in such meetings has also been discussed. Russia and China have already moved in this direction; in October 2018, they persuaded North Korea to have trilateral contacts—unthinkable only a few years ago[2]—to discuss the ongoing talks between the DPRK and both the US and South Korea.

While a 3+1 formula would be useful in helping overcome the impasse that exists now between the US and North Korea, this could be supplemented down the road with a separate negotiating platform that includes the other stakeholders, like Japan and South Korea and possibly Europe, to ensure the implementation of such key factors as “security guarantees,” a normalization of relations and a “bright economic future” for North Korea. Such two processes may run in parallel at first, and may even start at a Track 1.5 level before formal government-to-government talks, but lay the groundwork for and prepare the relevant blueprints for a comprehensive solution to the Korean problem.