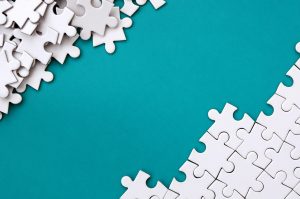 The stability of North Korean exchange rates has been a longstanding puzzle for economic experts on the DPRK. Even with harsh sanctions and “maximum pressure” in place, market exchange rates of the North Korean won with US dollars (USD) and Chinese renminbi (RMB) have been remarkably stable. However, there are signs that North Korea’s exchange rate with the dollar has become slightly more volatile, while the exchange rate between the won and the RMB remains relatively stable. If the North Korean government has indeed been successfully shoring up the won, that ability may be starting to weaken somewhat, though we do not have enough data points to draw any firm conclusions. Nor is it clear yet that sanctions have finally started to affect exchange rates. Continued volatility in the US dollar exchange rate, however, may be evidence that sanctions are making the country’s foreign currency situation increasingly difficult.

As the graph below shows, exchange rates for North Korean won to US dollars from early 2016 until several months ago remained stable, notwithstanding the turbulent conditions on the Korean Peninsula.

Throughout 2017, for example, when the international community levied multiple rounds of harsh sanctions on the North Korean economy, the exchange rate did not change notably. The government may have been taking measures to counteract drastic changes in the exchange rate—such as forcibly fixing exchange rates on the markets and, more likely, contracting the supply of the North Korean won by simply printing less of the currency. That said, the USD exchange rate is not the best measurement of overall economic volatility since the biggest holders of USD in North Korea are likely major state enterprises, government entities and a relatively small number of elite individuals. Thus, fluctuations in this particular exchange rate wouldn’t necessarily be representative of general public anxiety about the country’s economic situation. Nonetheless, if there were high anxiety in the market, we should have seen at least some drastic changes in exchange rates. But for most of the period as a whole, the exchange rate changed by a small average of -1.15 percent. Compared with later periods, as we shall see, the standard deviation is relatively low at 130.[1]

As the graph below illustrates, the exchange rate for RMB has also remained remarkably stable throughout the turbulence for North Korea. On average, the exchange rate changed by only -0.08 percent. In reality, the number may well be much higher since exchange rates probably change in between the data observations by Daily NK. The standard deviation is 52, lower than for the USD.

Over the past few months, the exchange rate for the US dollar appears to have become more volatile. Graph 1 showed that the swings in exchange rates appear to get significantly broader from 2018 and onward, particularly in the latter part of the year. The following graph shows the KPW-USD exchange rate since the fall of 2018.

North Korea’s exchange rates have been stable at least partially because the government has likely shored up the exchange rate by keeping the supply of won very tight, and perhaps also through currency controls. We don’t actually know how the government regulates the exchange rate of the won, though there are strong reasons to believe, as Peter Ward and I have argued, that the won is somehow pegged to the RMB. Precisely how such a peg would be upheld, other than a tight supply of the won, is a big mystery. In a regular economy, the central bank would try to maintain its target exchange rate by, among other things, using its foreign currency reserves to buy domestic currency to keep the price from dropping below the target. The North Korean government may have been taking measures like this but it is unlikely that it has been enough since its foreign exchange reserves are low to begin with.

It may be that the North Korean government’s USD reserves are shrinking at a higher rate than before and that the impact of sanctions on exchange rates is finally visible in the data. Anecdotal information does indeed suggest that the North Korean regime is demanding stricter accounts of USD assets among enterprises, as one source with contacts in the Pyongyang business world told the author. It could also simply be that the global appreciation of the US dollar against the RMB is making it more difficult for those who hold US dollars in North Korea to keep up with the price changes in imported goods. It is impossible to reach any definitive conclusions about what accounts for higher-than-usual exchange rate changes between the won and USD. But continued erratic increases in the US dollar exchange rate may be tangible evidence that sanctions are making the country’s foreign currency situation increasingly more difficult.