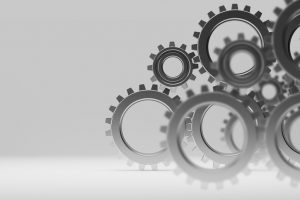 On Wednesday, October 23, Kim Jong Un visited the Mt. Kumgang Tourist Region in the southern part of the country, which was started and formerly operated in cooperation with South Korea’s Hyundai Asan conglomerate. His comments during the visit put another nail in the coffin of traditional forms of North-South economic cooperation. It also illustrated North Korea’s growing confidence that it can promote economic growth without direct involvement from South Korea, through systemic economic change and self-sufficiency in managing its tourism industry.

Another Blow to North-South Economic Cooperation

Kim’s visit made international headlines for several reasons. He leveled scathing criticism against the looks and quality of the buildings in the zone; “called for removing all the unpleasant-looking facilities of the south side…and building new modern service facilities our own way”; ordered the buildings put up by South Korea to be taken down; and seemed to be taking Mt. Kumgang off the table as a project of potential collaboration between North and South Korea, stating that it is “misguided” to think that “Mt Kumgang is a common property of the north and the south.” Perhaps most notably, he harshly criticized the zone as a “dependent policy of the predecessors who were going to rely on others when the country was not sufficient enough.” [1] The North Korean tone grew more explicit in a subsequent Rodong Sinmun editorial on November 16, promising to “demolish without a trace the south side’s facilities,” and stating that there is “no room for South Korea to find its place” in the operation of the zone.[2]

The North Korean government’s statement on Mt. Kumgang was clearly intended to send a political signal to South Korean President Moon Jae-in that North Korea rejects his plans for the country and that the former joint tourism site should no longer be seen as a pillar of improved inter-Korean relations. Moon has focused much of his North Korea policy on economic cooperation, hoping that South Korean investments in the country would drive growth at home as well. Kim’s statement on Kumgang is certainly a message that North Korea can handle its economic growth without South Korean help, especially since Moon has proven unable to get such cooperation exempted from international sanctions.

Hints of a Switch in Economic Strategy?

The shift in North Korea’s approach to Mt. Kumgang also says several important things about North Korea’s economic strategy and thinking. First, it shows that the government no longer sees South Korean investment projects such as Kumgang and Kaesong as primary drivers of growth. Even though Kim has not made any overarching, groundbreaking economic reforms to shift the economic system towards a market economy, his economic thinking is clearly different from that of his father, Kim Jong Il, who preferred to see economic growth come from special economic zones with little North Korean involvement in operations.

Both Mt. Kumgang and the Kaesong Industrial Complex were seen as groundbreaking inroads for capitalism and a market economy in North Korea at the time that they were first initiated in the early 2000s. In the Pyongyang Declaration of September 2018, the two countries stated that they wanted to “normalize” and presumably restart both projects. President Moon has even gone so far as to suggest that North and South Korea could reap such strong benefits through economic cooperation that they could overtake Japan economically. Most of Moon’s proposals for such cooperation have followed the “Sunshine Policy” tradition of Kim Dae-jung, such as politically insensitive infrastructure refurbishments.

The move may also portend more significant changes to come in North Korea’s economic growth strategy. There aren’t that many concrete pronouncements of economic policy and strategy from the North Korean government. But from the relatively little that is known, Kim envisions systemic change in the North Korean economy. To date, economic policy shifts, while significant, have primarily come in small and spotty steps rather than any grand shifts in strategy. It is clear, however, that Kim wants domestically driven development. He has presided over policy changes in corporate governance and agriculture, and under his tenure, the country’s market system has seen significant growth and operational freedom, and companies like the state air carrier, Air Koryo, have grown into a conglomerate in many ways resembling a South Korean chaebol. (Air Koryo not only manufactures alcohol and soft drinks, but even reportedly runs a department store in Pyongyang.) Within this larger context, Mt. Kumgang simply does not matter that much: Although it was an important source of hard currency, it was never truly part of the North Korean economy. This was, of course, by design of Kim’s father, whose policies Kim implicitly criticized in his comments at Mt. Kumgang.

Tourism as a Driver for Economic Growth

Perhaps most centrally, Kim sees tourism as an engine for driving economic growth. Rightly or wrongly, the North Korean government is confident that it can manage its tourism sector without foreign involvement, and Kumgang is a key location.[3] After the third summit meeting between Kim Jong Un and Xi Jinping in June 2018, Chinese tourism to North Korea began to increase so rapidly that local operators reportedly had a hard time keeping up with demand. The current flow of Chinese tourists may be the highest ever to the country, and the government needs to increase its capacity to be able to accommodate the increase in visitors. Tourism is one of the few sources of hard currency earnings that is not fully prohibited by sanctions. US President Donald Trump has floated help and investments in North Korean tourism as a possible carrot in negotiations. These talks are at a standstill, but the North Korean government likely sees tourism as one of the areas that could first open up should there be a diplomatic breakthrough with the US.

For these reasons, the North Korean government is looking to expand its capacity to support increased tourism. Describing Kumgang as “the best in the world, which all the world people want to see,”[4] the North Koreans clearly see a great deal of potential in the resort’s location. The facilities there would need to be refurbished if it is to open again, particularly since no funds have been devoted to maintenance or renovations since 2008. Kim is hardly alone in noticing the dilapidated state of the facilities at Kumgang. One frequent traveler to North Korea told 38 North that many of the facilities there look aesthetically “atrocious.”[5] As the government has poured a great deal of resources into constructing the Wonsan-Kalma tourist resort, Pyongyang’s desire to renovate another area of great national pride and natural beauty makes sense. And it could reflect a vision of turning Wonsan into a hub for tourism in the scenic, coastal southeast that would be connected with Mt. Kumgang further south.

North Korea still likely hopes that South Korean visitors will one day come to a refurbished Mt. Kumgang resort, but it no longer foresees South Korea being involved in operating it. It remains to be seen how successful the North Korean government can be in constructing and running a resort on its own. One recent foreign visitor to the Wonsan-Kalma site was told by North Korean hosts that South Koreans are very welcome as visitors, but not as operators.[6] The visitor also pointed out that the Masikryong Ski Resort thus far appears not to have attracted any significant numbers of foreign visitors, and that Mt. Kumgang could meet the same fate if North Korea does not cooperate with foreign partners in constructing the zone. Indeed, in 2014, some North Korean officials acknowledged that Wonsan’s tourism zone would also have to involve South Korean or Japanese companies and tourists to have any chance of success.[7]

None of this is to say that North Korea would refuse South Korean investments or loans. And should North Korea’s diplomatic situation improve and opportunities open up for economic exchange with South Korea, North Korea would likely welcome both tourists and loans, but not ownership or operational cooperation. The overall rejection of ROK involvement in operations in the zone also has geopolitical implications for North Korea. The exclusion of South Korean partners from working directly on developing tourist sites would leave China as the sole economic player on the peninsula, both now and for the foreseeable future. North Korea has long derided dependence on bigger powers. But in practice, as I pointed out in an earlier column, China is the only country with the connections and know-how among its companies to move into North Korea should its economy open up for foreign investments. The likelihood of this scenario is even stronger now that North Korea has ruled out South Korean involvement in Mt. Kumgang.

This column benefitted greatly from conversations with Bill Brown, Brad Babson and Andray Abrahamian, as well as two people who asked to remain anonymous. All opinions and conclusions belong solely to the author.