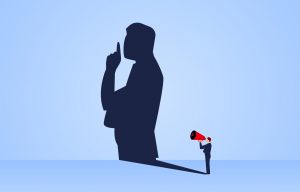 One of the most difficult things to teach new analysts of North Korea is to be alert for what isn’t there. That has been especially true in recent weeks. To be reading Western media these days, one would get the impression that the North Koreans have been turning up the rhetorical heat, threatening the US with year-end mayhem.

The air was certainly heavy with Pyongyang’s warnings earlier. But then, beginning on December 15, these abruptly stopped and the North became extremely quiet, preternaturally quiet. The silence, in fact, has been deafening.

What can silence from the North mean? Sometimes, it is a sign of caution. After South Korean dictator Park Chung-hee’s assassination in October 1979, Pyongyang was silent, attempting to figure out what was going on and to make sure it wasn’t blamed before weighing in. Sometimes, the silence is meant to be read as a positive signal, as when the North withholds comment on a new US administration.

The past two weeks, however, have not been a silence borne of caution, nor a case of “silence is golden.” It has been the uneasy calm before the storm.

From December 3 until 14, there was a flurry of authoritative-level North Korean statements with a range of warnings to Washington, including two from the KPA chief of staff (on December 4 and 14), and one each from two senior party officials—Ri Su Yong and Kim Yong Chol—who issued statements one after the other (on December 8 and 9).

On December 21, in response to remarks by a US State Department Assistant Secretary, a DPRK Foreign Ministry spokesman answering KCNA was only a low-key squeak, barely breaking the surface calm. Then came the December 22 DPRK report of an expanded Worker’s Party Central Military Commission meeting at which Kim Jong Un laid out what looked to be a stiffening of the North’s military posture. That report, albeit only a cursory account, was like a clap of thunder from the darkening horizon.

And then, again, came the ominous silence.