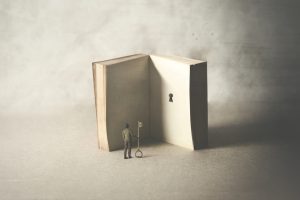 The door to a diplomatic resolution of the North Korea nuclear issue appears to be closing—and may have already shut—but it is not clear that it is locked or that the key has been thrown away. There are many reasons why diplomacy is faltering, and it is unclear whether North Korea was ever truly serious about its pledge to work toward complete denuclearization. Alternatively, domestic pressures or other factors may have caused Kim Jong Un to lose interest in negotiating with Washington. At the same time, the United States has not helped matters with a strategy that—at least based on its public statements—aims to advance talks without a willingness to offer up limited sanctions relief in return for nuclear-related steps by North Korea. Instead, the Trump administration seems unrealistically focused on gaining agreement at the outset on a set of outcomes that are much more likely to emerge through a sustained process of negotiation. If the United States is intent on salvaging talks, or at least laying the groundwork for eventual success, it needs to adjust its current approach.

Definitions Are Outcomes of Negotiations, Not Conditions for Starting Them

The United States continues to argue that it must reach agreement with North Korea on an “end state”—a final outcome from negotiations—before it will move forward with phased actions needed to implement a deal. This stipulation has prompted efforts to clearly define the concept of “denuclearization,” the term of art associated with North Korea since the start of the nuclear crisis in the early 1990s. It is often presented as a sort of “dictionary definition”—a sentence or paragraph that would describe concisely and comprehensively the scope of North Korea’s program and would outline what elements of the program must be eliminated at the end of a process. This is a self-imposed trap. At first blush, it may seem logical to seek detailed assurances on where any diplomatic process would lead, but it is unrealistic when there is no trust between the negotiating partners. By trying to nail down a final outcome to the talks when negotiations have barely begun, the administration is thwarting an opportunity to begin the work needed to achieve actual progress on freezing and rolling back the nuclear threat.

“Denuclearization” as a term has always been vague—often defined more by the specific content of a negotiated agreement than by a dictionary definition. Over the years, various experts have rightly critiqued the term as being unclear and loaded with potential contradictions, including the idea that “denuclearization” could be applied only to military nuclear programs and not to exclusively peaceful ones. Imagine the discussions around defining “denuclearization” that would have to take place at a first-round meeting between the United States and North Korea.

These are not simple questions that lend themselves to a cursory discussion at the beginning of talks. In fact, these issues are at the core of the negotiations themselves, each with their own set of complications and tradeoffs that will need to be discussed in detail as part of an extended diplomatic process.

Build on Previous Statements Rather Than Invent New Definitions

Moreover, there are already numerous related statements that have been negotiated in the past that remain relevant and offer a “good enough” starting point for negotiations. The 1992 “Joint Declaration of South and North Korea on the Denuclearization of the Korean Peninsula” is the earliest example, with text that applies today. Without using the word explicitly, the declaration provides a useful definition, declaring inter alia that the two Koreas:

All future uses of the term “denuclearization” build on this document, with most also pairing the term with “of the Korean Peninsula.” Although some critics say that referring to the entire peninsula distracts from a focus on the threat from North Korea’s weapons programs, a peninsular approach has been involved from the beginning, and it is clear that North Korea will not want to concede to a DPRK-only definition that breaks with historical precedent. The United States could still achieve a deal that leads to reductions and eventual elimination of North Korean nuclear arms while still working within the peninsular framework.

The next major use of the term “denuclearization of the Korean Peninsula” came in the September 19, 2005 Joint Statement of the Six Party Talks, which made clear that the goal of the talks was the “verifiable denuclearization of the Korean Peninsula in a peaceful manner.” North Korea was to abandon “all nuclear weapons and existing nuclear programs” and return at an early date to the NPT and International Atomic Energy Agency (IAEA) safeguards. The United States and South Korea both affirmed there were no nuclear weapons in the ROK, and all parties stated that the 1992 South-North Joint Declaration should be observed and implemented, thereby incorporating the earlier “definition” of denuclearization described above. At the same time, the DPRK expressed its right to peaceful uses of nuclear energy, and other negotiating parties “expressed their respect and agreed to discuss, at the appropriate time, the subject of the provision of light water reactors” to North Korea. Follow-on agreements began to define which facilities were to be shut down and sealed, and later disabled, as well as details related to declarations and initial IAEA access, with more comprehensive verification meant to be negotiated in a Phase III document (that never came due to the collapse of the talks.)

The term “denuclearization” is also used in various UN Security Council Resolutions (UNSCRs), beginning with UNSCR 1695 and expanded by UNSCR 1718. The UN resolutions use the term when referring to the September 2005 Joint Statement, incorporating the call from that document for North Korea to “abandon all nuclear weapons and existing nuclear programs,” while adding that this must be done “in a complete, verifiable, and irreversible manner.” The resolutions also add a clause calling for the abandonment of “all other existing weapons of mass destruction and ballistic missile programs.” (Note that the resolution lists missiles and other WMDs separately from the nuclear program, despite Trump administration efforts to define “denuclearization” as covering all WMDs.)

Finally, the June 2018 US-DPRK Singapore joint statement also uses the term “complete denuclearization of the Korean Peninsula,” but says little else, only citing it as something that the DPRK has committed to work toward. The DPRK reaffirmed the April 2018 North-South Panmunjom Declaration, which states that South and North Korea confirmed the common goal of realizing, through complete denuclearization, a nuclear-free Korean Peninsula. The Panmunjom Declaration also says that the ROK and DPRK agreed to fully implement all existing agreements and declarations made by both sides thus far, which would include the 1992 Joint Declaration on the Denuclearization of the Korean Peninsula.

Get Out of the Clouds and Come Down to Earth

With North Korea continuing to churn out fissile material and improve its missile delivery systems, the United States cannot afford to spend its time on dictionary definitions, especially when there already exist plenty of pre-existing “definitions” that are still suitable for use today. At best, negotiating yet another formulation amounts to reinventing the wheel; at worst, it is a time-wasting exercise that will inflame tensions and further diminish any chance of a diplomatic breakthrough.

The reality is that while every side enters talks with a goal, very few successful diplomatic negotiations begin with an outcome set in stone. That is the nature of the process; it requires time and iterations to first determine a “zone of possible agreements”—to cite a standard term of negotiating literature—and then to work through disagreements to find common ground.

If the Trump administration insists on a “definition” or “road map” to kick off talks, it would be better off simply seeking to reaffirm one from previous statements, such as achieving the full implementation of the 1992 South-North Joint Declaration. If Pyongyang balks at using an inter-Korean text as the basis of US-DPRK negotiations, then a modified version of the goals laid out in the September 2005 Joint Statement could serve the same purpose, since that statement included a reaffirmation of the 1992 Joint Declaration. Any reference to the Joint Declaration has the added value of reaffirming that South Korea should never seek enrichment or reprocessing and keeps open the idea of joint North-South inspections (which could augment though not replace the essential role of the IAEA.)

The only way to “define” denuclearization is to start outlining a set of concrete, nuclear-related measures that North Korea should take at specified locations in a verifiable manner. This task should be the main priority of resumed talks, using a phased approach to nail down specific technical steps—starting with freezing production of fissile material at Yongbyon and beyond. The United States would need to provide corresponding measures, likely including limited and reversible sanctions relief. Later phases could deal with shutting and dismantling fuel cycle facilities, followed by disposition of nuclear material and, ultimately, nuclear weapons themselves.

It is time for the administration to drop its insistence on a sweeping “end state” definition, and instead, begin the hard task of matching up specific nuclear-related actions with tangible sanctions relief. The diplomatic process will continue to languish without wins for each side—and this requires action, not wordsmithing. Momentum can shift back in a positive direction, but only if North Korea and the United States put the dictionaries away and start taking demonstrable steps to reduce the nuclear threat on the Korean Peninsula.