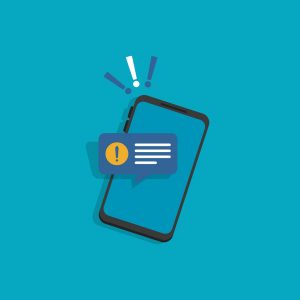 “The report of my death was an exaggeration,” Mark Twain once wrote to a reporter. The same could be said of the news media’s premature epitaphs for US President Trump’s nuclear diplomacy with North Korea. The past two months have seen a spate of such speculation, quoting skeptics or outright opponents of negotiating who are certain that Pyongyang never intended to denuclearize, misread what happened in past talks and disparaged Trump’s summit meetings with Kim Jong Un while ignoring what has been happening in lower-level talks. Instead of detailed investigative reporting on the negotiations and how much, if anything, may have changed, the news was often framed as a contrast between Trump’s hyperbole about his negotiating prowess and his lack of success in the denuclearization of North Korea.

Many accounts make it seem as if nothing new is happening, but now, unlike the US failure to implement the 1994 Agreed Framework or the 2005 Six Party Joint Statement, the hang-up in negotiations is due more to Pyongyang than Washington.

To many critics of the Trump administration’s North Korea policy, the reason is obvious: the North was determined all along to arm itself with nuclear weapons and the missiles to target the United States and was never serious about negotiating.

That criticism overlooks Pyongyang’s willingness to stop making fissile material for weapons for over a decade in the 1990s—at a time when it had no nuclear weapons. It also ignores its offer to end development, production and deployment of longer-range missiles in the summer of 2000.

More fundamentally, critics seem unaware of or skeptical about the North’s aim, initiated by Kim Il Sung and pursued ever since, of seeking to end enmity with the United States, as well as South Korea and Japan, in order to hedge against China’s growing power as well as reduce its economic dependence on Beijing. And they seem oblivious to what North Koreans have been telling some Americans for years about the Kims’ ultimate aim: an alliance with Washington like the one the United States has with South Korea or Japan. Whether the North still means it remains to be tested in negotiations—negotiations that many of the critics oppose.

In the month-long run-up to Kim Jong Un’s December 31, 2019 report to the Korean Workers’ Party plenary, the news media overwhelmingly echoed the views of such skeptics. Many predicted Kim would announce an end to negotiations.

Instead of focusing on his authoritative end-of-year deadline for a change in US policy promulgated in Kim’s pivotal April 12 address,[1] reporters latched on to a rhetorical flourish of the DPRK’s new vice foreign minister for American affairs who warned of a “Christmas gift” in an effort to compel Washington to make further concessions.[2]

The news media then solicited experts’ opinions of what the North might test, thereby lending even more leverage to the North’s coercive diplomacy than Kim himself would in his end-of-year report.

President Trump’s decision to engage directly with Kim Jong Un was premised on the bet that three decades of U.S. policy failures to contain North Korea’s nuclear program could be reversed by skipping over lower-level diplomatic talks and starting at the top of its authoritarian regime.

But 19 months after the two leaders’ first summit, the negotiations have broken down along the same sticking point as past efforts: how much sanctions relief the United States is willing to offer in exchange for how much of its arsenal Pyongyang is willing to dismantle.

The claim that negotiations began at the Singapore Summit ignores months of behind-the-scenes talks between the two sides’ intelligence officials and diplomats that began in spring 2017. The contention that the breakdown in talks came over sanctions relief oversimplifies the North’s objectives, which also include an end to joint US-ROK military exercises, diplomatic normalization, a peace treaty to end the Korean War and a clear commitment to reconcile—end enmity—as well as rebuffing the US demand for a written pledge to complete denuclearization without a reciprocal US commitment to some sort of security partnership.

We now have a reaffirmation from the highest levels of the North Korean regime that they are determined to go as quickly as they can down the nuclear path. They are reiterating and strengthening some of their threats. This is essentially affirmation that nothing much has changed at the end of the day.

Pyongyang may be determined to speed up arming, but that is not quite what Kim Jong Un told his party plenary. While emphasizing “self-reliance” and a revival of economic orthodoxy and blaming sanctions, he did not rule out resuming talks and strongly implied that his self-imposed moratorium on nuclear and ICBM tests as well as any acceleration of arming was conditioned on a softening of the US negotiating stance toward the North. Accusing Washington of delaying tactics at the negotiating table and calling for a “frontal breakthrough politically, diplomatically and militarily,” he warned: “In the future, the more the US stalls for time and hesitates in the settlement of the US-DPRK relations, the more helpless it will find itself before the might of the Democratic People’s Republic of Korea getting stronger …” On the other hand, he said, “[T]he scope and depth of bolstering our deterrent will be properly coordinated depending on the U.S. future attitude to the DPRK.”[4]

By stressing continuity with the past, Revere also ignores what has changed ever since the failed Hanoi Summit meeting in February 2019. Pyongyang is insisting that Washington take unilateral steps to demonstrate its willingness to reconcile before the North will return to the negotiating table. It is not clear whether this is due to its much stronger bargaining position as its nuclear and missile leverage increases and the US “maximum pressure” campaign loses steam, or is the result of pushback in Pyongyang from orthodox opposition in the party to economic engagement and hardline resistance in the military to any nuclear compromise. In either case, Pyongyang is confident, perhaps overly so, and may be tempted to overplay its hand.

Nakamura then quotes a Democratic foreign policy aide in the Senate, “It’s clear what North Korea thinks denuclearization constitutes and what it does not constitute,” and adds, “Analysts have said North Korea has long defined the term as meaning the United States would withdraw its nuclear-defense umbrella from South Korea and Japan as a prerequisite for any large-scale dismantlement of its own program.” These analysts overlook what North Korean officials have been telling Americans for years, that it wants a security partnership with Washington backed by a continued US troop presence on the peninsula and even a US “nuclear umbrella.” As US Secretary of State Mike Pompeo, possibly echoing what US officials were hearing from the North, told an NHK interviewer on June 7, 2019, “We want to achieve a fundamentally different strategic relationship between our two countries.”[5] It may have been the first and last time a US official said that. If so, Washington has yet to test Pyongyang’s seriousness about security cooperation in negotiations.

In conclusion, Nakamura quotes Brookings Institution analyst Jung Pak, a former US intelligence official on Korea matters, “The question looking back is: Were we in a special moment in 2018 and 2019? I don’t think it was. It was a blip rather than a big inflection point,” Pak said. “The U.S. and North Korea are fundamentally at odds in their strategic objectives. No amount of letters or phone conversations or summits at the leader level is going to shake that loose.” Perhaps so, but how can anyone be so certain without probing Pyongyang further.

It’s Not Just the Economy

The Times’ Sanger weighs in with a more nuanced approach, but he still focuses on the contrast between Trump’s claims and his lack of diplomatic success. “Kim Jong-un’s declaration,” Sanger writes, “that the world would ‘witness a new strategic weapon’ seemed to be the end of an 18-month experiment in which Mr. Trump believed his force of personality—and vague promises of economic development—would wipe away a problem that plagued the last 12 of his predecessors.” Sanger goes on, “The core problem may have been Mr. Trump’s conviction that economic incentives alone—oil profits in Tehran and the prospect of investment and glorious beach-front hotels in North Korea—would overcome all other national interests.”

His focus on Trump’s “force of personality” and preoccupation with real estate fails to account for changes in the US negotiating position prior to Hanoi and since. In a meeting with Kim Jong Un in Pyongyang in October 2018, Secretary of State Pompeo put an offer of an end-of-war declaration on the negotiating table, paving the way to a peace process on the peninsula. It remains there. And that’s not all Washington has put on the negotiating table. In the run-up to Hanoi, it offered to exchange liaison offices as a step toward diplomatic normalization and allowed some exemptions from U.N. Security Council sanctions to deliver humanitarian aid.

Sanger goes on, “Mr. Trump’s team, internally divided, could not back itself out of the corner the president created with his vow of no serious sanctions relief until the arsenal was disbanded. Mr. Trump did cancel joint military exercises with South Korea—over Pentagon objections—but that was not enough for Mr. Kim.” Sanger seems wrong on both counts. The Trump administration began edging away from the all-or-nothing approach soon after Hanoi. In testimony before the Senate Foreign Relations Committee on April 10, Secretary of State Pompeo was asked if sanctions would not be eased until complete denuclearization. “I want to leave a little space there,” he replied. “From time to time, there are particular provisions, if we were making substantial progress, where one might think that was the right thing to do.” In Stockholm last October, US Special Representative on North Korea Stephen Biegun discussed further sanctions relief, but whether he offered to allow exports of textiles or coal for three years’ time in return for a fissile material cutoff is not clear from the public record. Moreover, Trump did not cancel joint military exercises at Hanoi, but suspended them conditionally—only to reverse course soon thereafter with the kickoff of a command post exercises on March 4.

‘After three years of no international crises, [Trump is] facing one with Iran because he has rejected diplomacy and another with North Korea because he has asked too much of diplomacy.

In neither case has Trump embraced traditional diplomacy, putting forward a partial or interim pact in which a degree of restraint would be met with a degree of sanctions relief.’

After the Hanoi Summit, Washington did propose just such a “‘partial or interim pact,’” but Sanger is quick to disparage that:

Maybe so, but without further negotiations, how can anyone know for sure.