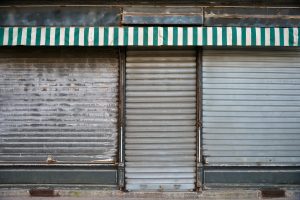 Grassroots media reporting and market price data from inside North Korea suggest there is considerable economic anxiety following the government’s measures to contain the current coronavirus (COVID-19) outbreak.[1] The border with China has been mostly sealed and internal controls to prevent the virus from spreading have reportedly made the transport of domestic goods more difficult. Together, these measures and others Pyongyang may take over the longer run to counter the virus are already having economic consequences that will likely get worse in the long run.

The North Korean response to the global coronavirus outbreak has been uniquely strict by global standards. In late January, the country announced a complete suspension of foreign tourism and, soon thereafter, closed off its border almost entirely to all travel and the transport of goods. By early February, it appeared the border to China was practically shuttered, an extreme move given that China accounts for 90 percent of North Korea’s foreign trade. The government took even more drastic measures against smuggling operations along the border to China. Usually, the state turns a blind eye to much of this smuggling, and a great deal of it can occur relatively freely thanks to rife and institutionalized corruption. But in the wake of the coronavirus outbreak, the state has announced harsh punishments against smugglers and stepped up monitoring operations along the border. Chinese authorities have warned residents on its side of the border that anyone who gets too close to the border risks getting shot by North Korean soldiers. Symbolically, the government even refused to take in over twenty defectors that the Chinese government was going to repatriate, in fear of the virus.

The border to China is not, however, completely closed off to trade. Some goods do come through the border crossing between Sinuiju and Dandong, the only point of entry that remains open at all, but only after intense scrutiny and disinfectant measures.[2] These measures have reportedly created a large-scale backlog of containers on the Chinese side of the border, and most likely only a trickle of goods are currently getting through.[3] The government has also imposed severe restrictions on internal freedom of movement inside the country, cracking down on people crossing provincial borders without special permits.[4] The North Korean government continues to claim that it has not seen any fatalities from the virus yet, but it is virtually impossible for this to be true, and several news reports from grassroots sources inside the country confirm the existence of COVID-19 cases.

Because of the fragmentary nature of information from the country, we cannot be certain about the precise impact of the government’s measures to counter the virus. However, market price trends for rice suggest considerable difficulties. The following graph, based on Daily NK’s market price index, shows average rice prices from markets in Pyongyang, Sinuiju and Hyesan, from early 2019 through early March of this year:

This increase may not look significant, but prices climbed by almost 37 percent between late December and mid-February, when the government announced a virtual closure of the border with China. Prices reported on March 7 were about 26 percent higher than they were at the same time last year. Most North Koreans already, in all likelihood, live on thin economic margins, and significant price changes such as this may make it very difficult for many to buy food. The initial price jump seems to be the result of the markets overestimating how much supply would drop. News of the border closure likely led people to hoard goods such as food, pushing up prices. In the latest observation from Daily NK, prices had gone down by about eight percent since their peak some weeks ago. This downward trend has gone on for about two weeks, but it is too early to tell whether it will continue. The stabilization of prices may also be the result of government price controls. In mid-February, Rimjingang reported that the state instituted strict controls on rice prices, forcing traders to sell below market value.[5] Although they could work in the short run, any price controls by the government would fail in the longer run as more trade would move into the black market. Moreover, markets would run low on food and other products if the state forcibly kept prices lower than what consumers would be willing to pay. In the current situation, the state, it seems, essentially lacks tools to counter difficulties on the markets while the border remains closed, despite somewhat more stable market prices in the last data observation by Daily NK. It is also possible that prices have already shot back up again since early March. One South Korean media report suggested on March 23 that rice cost 6,300 won per kg in Hyesan on March 18, close to the exceptionally high prices reported shortly after the border closure. The same report also said the government had imposed a price ceiling of 5,000 won per kg, a highly unrealistic one under current conditions.

According to the most recently available data, there has been a significant adjustment in the price difference between Hyesan, Sinuiju and Pyongyang. The initial price increases last month were far more pronounced in Hyesan than in the rest of the country, a sign that internal controls were working: If traders could not move goods such as rice between markets, prices will rise more in some cities than in others. The border crossing closest to Hyesan is reportedly closed and transportation between Hyesan and Sinuiju is not as smooth as that between Pyongyang and Sinuiju, where a rather well-functioning highway exists. The difference between Hyesan and the other cities was around 20 percent earlier in February, a much higher difference than the normal span of 5-10 percent. Prices in Hyesan, however, have now returned to levels more in line with the rest of the country, perhaps partly the result of the government-imposed price ceiling or loosened regulations on internal transportation.

So far, we have too few data points available to say anything with certainty about the price situation. Prices will likely remain higher than normal but stabilize—perhaps at a slightly lower level than at present—as market actors adjust to the available level of supply. The government may also impose more price ceilings, which, again, would be prohibitively difficult to enforce. More likely, it may adjust border controls to allow for additional goods to come through more easily.

Depending on how tightly the state enforces internal movement restrictions, domestic markets may experience serious long-term difficulties. The price difference between Hyesan and other cities initially suggested that goods—agricultural, in this case—could not be moved easily between localities. Were that true, they would either have to be sold at prices lower than the market rate, to the detriment of farmers and other producers, or they would simply sit in storage houses—and in the case of fresh produce, much of it would rot and spoil. Indeed, this has been the consequence for many restaurants in China during the current crisis, and North Korean producers generally have far less storage capacity.

Industrial production, too, will suffer. North Korea depends on China for industrial goods, spare parts and the like, and if the current backlog of goods entering the country continues, an already difficult situation will get worse. The coronavirus measures come on top of the adverse effects of sanctions, which already had put the economy in a depressed state. According to Daily NK sources, the Musan mine in northeastern North Korea, one of the country’s most important mines, is currently operating below half capacity because of the border shutdown.[6] Mining operations were already under pressure from sanctions, and the anti-virus measures make an already difficult situation worse.

Moreover, the lean season when food supply is less abundant will begin in two months and last through September. If North Korea still does not have a system in place to adequately monitor imports while making sure they come through at a reasonable pace, the food situation may get difficult, as North Korea relies on China in most years for a portion of its food consumption. These difficulties will be compounded if imports of fertilizer and other agricultural inputs are hampered.

The North Korean government is stuck between a rock and a hard place. On the one hand, it lacks the tools to control and contain a virus outbreak inside the country. On the other hand, the measures meant to keep the virus out could also have disastrous consequences. A decision by the state, for example, to shut down the country’s marketplaces to stem the spread of the virus would deal a major blow to the public’s access to food. Depending on the situation in China, Beijing may provide aid to North Korea should the food situation become difficult—as it almost certainly did after last year’s poor harvest—but this cannot be taken for granted.