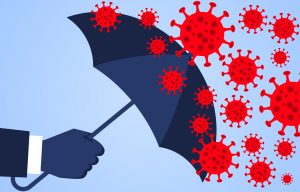 North Korea has claimed from the outset of the coronavirus pandemic that it has no COVID-19 patients within its territory. The political motivations for this bold claim, which can only be validated with a nationwide testing program, are likely public pressure to address  national anxiety over COVID-19 and the regime’s desire to assert its authority. However, the North’s deteriorating health care system and its clandestine relations with China and Russia might encourage Pyongyang to disclose the number at some point.

The Assertion of Zero COVID-19

Fearing the spread of the virus, Pyongyang started acting as early as January 21-22 by banning foreign tourists, stopping flights and trains and putting foreign diplomats under observation while also confining their activities to their respective offices or embassies. In addition, all trading activities were stopped in Sinuiju—a key port for its trade with China—on January 25; two days later all borders with China were closed.

North Korea implemented stricter quarantine measures for its citizens, closed border checkpoints that had active contact with China and South Korea and kept the military under lockdown for nearly a month. The World Health Organization (WHO) receives “weekly updates” on COVID-19 and states the country’s national reference laboratory stationed in Pyongyang has the capability of testing corona patients; it has reported that the country is yet to have a confirmed case of COVID-19.

Notwithstanding this assertion and North Korean claims, it is puzzling to see how a country that shares such close trading ties (albeit surreptitiously) with China where the virus had its origin has remained immune to such a pandemic. If earlier reporting from Radio Free Asia is taken into account, the border city of Sinuiju and at least three regions were identified with some coronavirus infections. The seemingly first case of COVID-19 infection in Pyongyang was reported on February 7 and a suspicious death in Chongjin was reported on February 21. According to another Radio Free Asia report , approximately 23 people died of COVID-19 related symptoms, while another 82 were under quarantine as of early March. Yomiuri Shimbun reported a large number of deaths, including more than 100 North Korean military officers near the China border. North Korea did not acknowledge these cases or report them to the WHO. If the reports were true, however, what would North Korea’s zero COVID-19 claim signify, politically and diplomatically?

The Political Motivations Behind the Claim

First, North Korea’s silent struggle to counter COVID-19 is likely aimed at appeasing domestic anxiety. In his New Year’s address, Kim Jong Un called for national rejuvenation and renewed efforts at self-sufficiency. The COVID-19 crisis offers Kim an opportunity to tout how much safer North Korea is despite international efforts to isolate it. The bravado notwithstanding, the regime recognizes that its economy is already suffering due to economic sanctions, and that a coronavirus outbreak would erase whatever economic progress it has made over the past few years.

Moreover, North Korea is still reeling from the 2019 African swine fever and Typhoon Lingling. Malnutrition, disease and poverty have been on the rise since 2019 after floods and droughts caused major damage to harvests. The United Nations has estimated that over 10 million people in the country suffer from acute food shortages. Due to chronic disease rates, alarmingly low nutrition levels and a severely broken health care system, fatality rates in North Korea are normally higher than in other places. With the outbreak of the pandemic, a sense of “state emergency” has spread across the country. Under these dire circumstances, the leadership in Pyongyang is likely facing difficulties in fulfilling its promises to the people that North Korea can evolve into a socialist powerhouse with the “head-on breakthrough strategy” declared at the Fifth Plenary Meeting of the Seventh Central Committee of the Workers’ Party of Korea in December 2019. These are the major reasons why North Korea could be keeping its coronavirus numbers hidden.

Second, North Korea may be pursuing a “wait-and-watch” policy before disclosing its next steps, which will probably consist of a demand for medical assistance combined with conciliatory gestures on its current nuclear program and possibly an offer to resume talks. North Korea understands that as long as the United States is struggling to tackle the pandemic, it has more space to address its own domestic problems, which include not only COVID-19 but possibly Kim’s reported health problems. In the face of these multiple challenges, the regime’s default options include becoming more secretive and underscoring its commitment to self-reliance, all while  exuding confidence in its handling of internal and external pressures to demonstrate that Kim has everything under control.

Diplomatic Cover-Up and Isolation: How Long Will It Last?

Will the COVID-19 outbreak play a role in changing North Korea’s strategic thinking in the coming weeks or months? Kim Jong Un writing a personal letter to South Korean President Moon Jae-in on March 4 suggests that North Korea wants to stay connected with its neighbor in this difficult period, and might foreshadow requests for humanitarian aid and assistance after a prolonged hiatus in inter-Korean cooperation. US President Donald Trump sent a letter to Chairman Kim to offer US help in combating COVID-19 on March 22. The just-concluded 3rd session of the 14th Supreme People’s Assembly held on April 12, 2020, agreed to increase the health care budget by 7.4 percent, pointing to its rising concerns over public health.

The deteriorating health care system has been a major issue for Kim’s regime for a long time. The end of 2019 witnessed North Korea announcing the construction of a new general hospital in Pyongyang, which could be useful in treating COVID-19 patients provided that it is supplied with diagnostic kits and related medical equipment. There have been reports that Russia has provided North Korea with diagnostic kits and medical equipment for COVID-19. China also sent similar equipment to North Korea, either directly or through the WHO (in which Beijing’s clout is quite apparent.) Yet, to what extent the regime will seek outside assistance in addressing the deteriorating health issues in the country, mainly the COVID-19 patients if there are any, remains to be seen.

South Korea might explore an offer to assist North Korea with COVID-19 following Kim Jong Un’s goodwill letter to President Moon Jae-in. However, Moon is likely to proceed cautiously fearing political backlash from Washington over any move perceived as restarting the inter-Korean dialogue process. Pyongyang will likely be mindful of the US demand for greater North Korean transparency on COVID-19 and other humanitarian issues. In such circumstances, North Korea may forego outreach to both the US and South Korea on COVID-19 assistance and develop a more robust secret understanding with China, its only alliance partner, and possibly Russia.

With the North Korean regime’s refusal to provide accurate numbers of confirmed COVID-19 cases and the WHO’s diminishing capability to provide the world with credible and nonpartisan information, it is increasingly difficult to assess the level of impact the virus is having on the lives of ordinary people in the country, especially in the context of its preexisting conditions. The regime can defy sanctions and stay in touch with China through secret and illegal trade contacts to sustain its economy. But it is impossible to escape the danger that COVID-19 poses to its people in the absence of testing and transparency. It would be in Kim’s interest to reveal an accurate number of its COVID-19 cases as soon as possible to improve prospects for securing the medical and financial assistance it will need to deal with this health crisis.