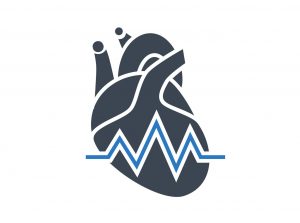 During the 1960s and 1970s, Reader’s Digest ran a series of one of the most popular columns— over 7 million reprints were sold—in its history, entitled, “I Am Joe’s Body.” Each month’s column would highlight a different organ system, and educate readers about the function, structure and health concerns related to a given organ. Given recent concerns about the health of the North Korean leader Kim Jong Un, a reprise of such a column is not only worthwhile, but necessary in formulating contingency planning security strategies for the Korean Peninsula.

Kim’s recent absence from the media and political scene in the DPRK—he has not been seen in public or officially heard from since April 11, 2020—has raised alarms especially outside of the country. While there was a period of around 40 days in 2014 when Kim retreated from public view, reportedly due to ankle surgery, he has otherwise appeared quite frequently in North Korean media.

His absence now is of notable concern, given multiple reports about Kim having received some form of cardiac surgery and possibly suffering from subsequent complications. While these reports remain unconfirmed, the security consequences of Kim’s sudden demise or incapacitation could be enormous, given the lack of clarity on what comes next.

Whether Kim is currently healthy or not remains to be seen. But, even if he does prove to be “alive and well,” it is worth taking time to assess the various risk factors that could impact his health in the future, especially his cardiovascular health.

There are a few things we can surmise about Kim Jong Un and his lifestyle. First, he smokes heavily, and has likely done so for over a decade as evidenced by numerous photos over the years. During an April 2018 meeting with South Korean officials, South Korea’s national security advisor Chung Eui-yong reportedly even suggested to Kim, “How about stopping smoking? It’s bad for your health.” After which, Kim’s wife Ri Sol Ju, who was also present, allegedly clapped her hands, chiming in, “I always ask him to quit smoking. But he won’t listen to me.”

Second, Kim has a strongly positive family history of cardiovascular disease and stroke. Both his grandfather (Kim Il Sung) and father (Kim Jong Il) died of sudden cardiac death, and his father had suffered a devasting stroke in August 2008, three years prior to his death in December 2011.

Third, when one compares photos of a younger Kim (in his early- to mid-20s) with the Kim of today (believed to be around 36 years old), he appears to suffer not only from obesity, but morbid obesity, defined as a body mass index (BMI) greater than 40. South Korean reports suggest that he is 5’7” and weighs 300 lbs., giving him a BMI of 47. Because of comorbid conditions associated with obesity and/or morbid obesity, along with his history of smoking, it’s reasonable to hypothesize that Kim also has diabetes, elevated blood pressure (e.g., hypertension) and elevated cholesterol (e.g., hypercholesterolemia).

Lastly, Kim demonstrates symptoms consistent with focal dystonia, a neurological disease that causes involuntary movements. This would help explain the frequent odd posturing of his left hand when sitting. But such a condition, if present, would not impact his overall long-term health risks.

How can national security, diplomatic and intelligence officials understand Kim’s medical risks, and what these might mean going forward? While most epidemiological calculators for assessing long-term cardiovascular disease risk have not been normalized for an Asian population, there are hypothetical risk calculators that can provide useful information and guidelines. One of the best is National Aeronautics and Space Administration’s (NASA) “Astro-CHARM,”[1] developed in combination with NASA and Dr. Amit Khera, a preventive cardiologist at the University of Texas Southwestern Medical Center in Dallas, Texas. It utilizes risk factor information to provide a person’s estimated 10-year risk of cardiovascular disease events—not necessarily fatal—such as heart attack or stroke.[2]

Utilizing hypothetical variables for total cholesterol, systolic blood pressure, HDL cholesterol (e.g., “good” cholesterol), coronary artery calcium score (which noninvasively indicates risks of coronary artery blockage), and the purported presence of diabetes and/or treated hypertension, Kim’s risk scores are higher than 30-33 percent. However, if underlying conditions such as elevated cholesterol, diabetes and elevated blood pressure are treated with medications and diet, Kim’s risk scores decline to less than 20 percent. But if he were to successfully quit smoking, his risk scores decline to 3-4 percent. It goes without saying that Ri Sol Ju was totally correct in her previous recommendation to her husband.

Given Kim Jong Un’s putative cardiac disease risk factors, it would not be surprising if Kim had experienced a “cardiac event,” such as chest pain, unstable angina or a heart attack, requiring intensive care and likely procedures such as cardiac catheterization and/or angioplasty and cardiac stent placement, which expands the coronary arteries and allows blood to flow to a damaged portion of the heart. Recovery typically requires one to two days of inpatient care, but because of Kim’s status as the leader of the DPRK, a longer period of convalescence—even without any complications—would be de rigeur.

The status of Kim Jong Un’s health has become a focal point of global concern both due to the opacity of this issue and the enormous security implications that could result from Kim’s sudden demise. If this wasn’t the cause of his recent retreat from public view, the risk of it becoming a problem still looms unless he makes serious changes to his physical condition and lifestyle.

While this situation certainly underscores the need for continuing contingency planning for worst-case scenarios, concerns about Kim’s health, about North Korea’s ability to effectively deal with the COVID-19 virus and about other public health care challenges confronting Pyongyang underscore the need for cooperative medical capacity building and partnerships. Such a program[3] could be part of any future diplomatic initiatives designed to lessen tensions on the peninsula.