Despite North Korea’s previously stated ambition to open the Wonsan-Kalma Beach Resort around this year’s Day of the Sun (April 15), the deadline has passed and several resort facilities remain incomplete. Commercial satellite imagery indicates that while a large section of the temporary housing village for construction workers has been razed, construction continues at a gradual pace, although no new deadline is reported.

Imagery indicates that a number of temporary housing units in the workers’ housing village were razed between April 13 and May 4. It is unclear whether this indicates the departure of laborers with specific skill sets, such as concrete workers, or a drawdown of general laborers. However, the emergence of high-priority construction projects elsewhere, such as the new Pyongyang General Hospital and the Mirim Parade Training Ground, could help account for this change.

Figure 2. Section of housing razed between April and May. 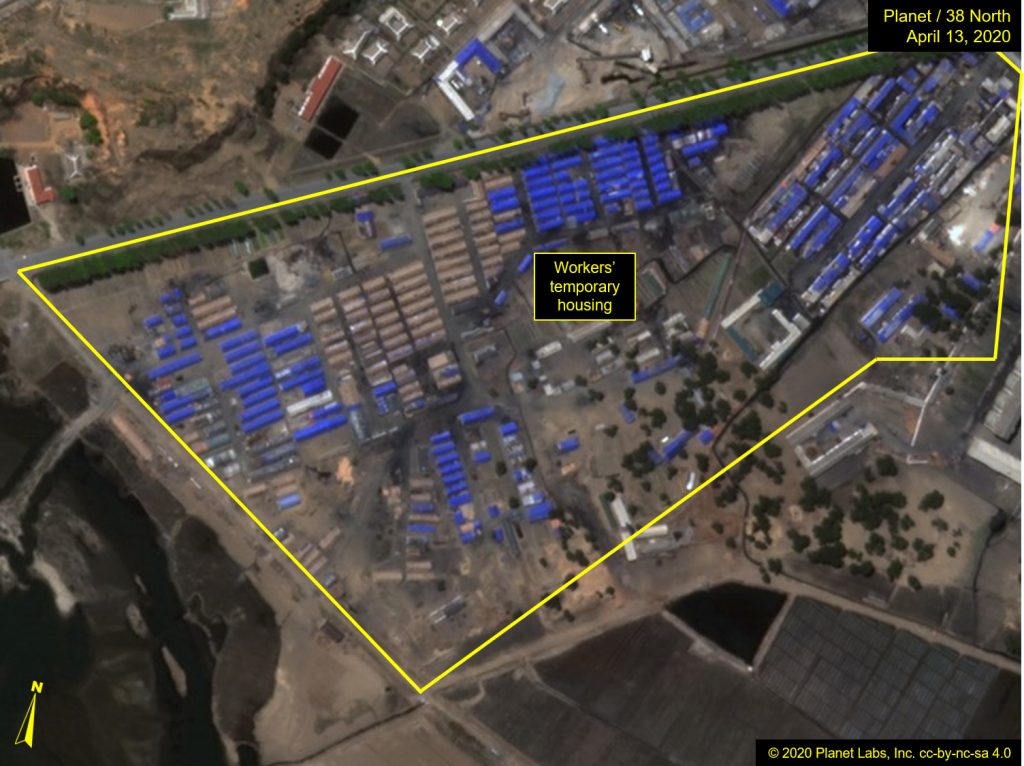 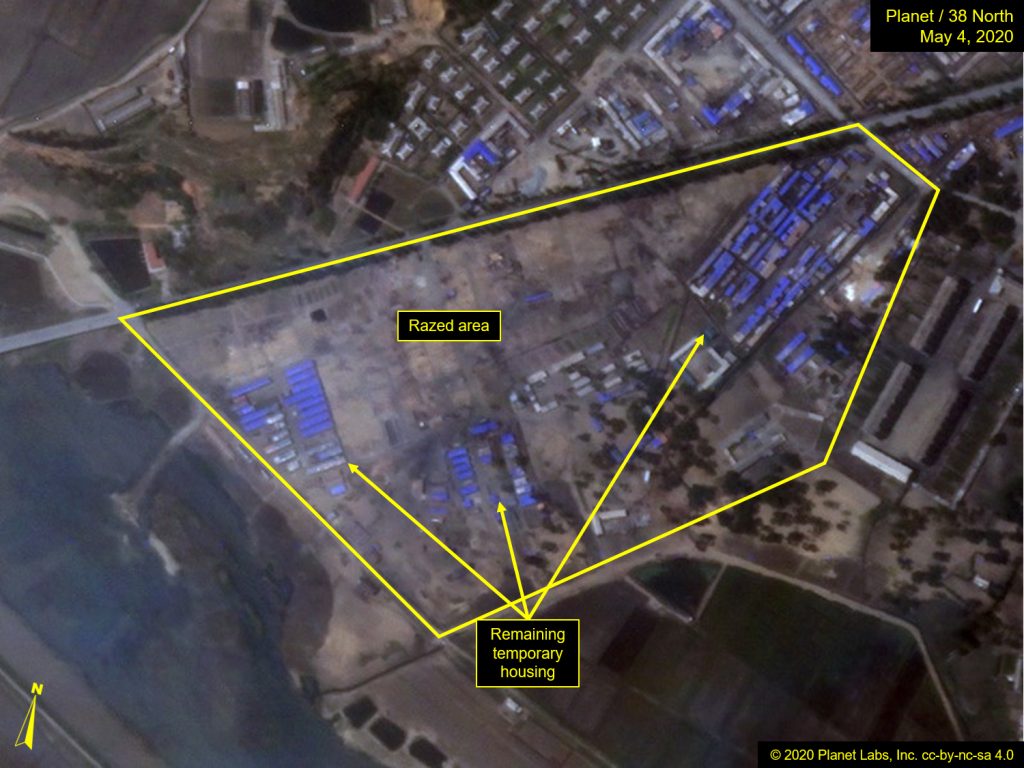 At the beach resort, imagery from May 13 indicates the completion or near completion of three of the more significant facilities. Dredging of the resort’s marina has ceased, and the marina appears clean and neat, lacking only the presence of pleasure craft at the finger piers. A new roof has been installed on a large venue in the faux-island area. A large entertainment arena in the central portion of the resort appears structurally complete, ready for exterior finishing. The grounds around it remain untouched, although will likely be made into a garden park.

Progress on a few facilities appears to have stalled or is moving forward at a very gradual pace. The circular observation deck and probable restaurant floor of the faux-island high-rise remains unfinished with little, if any, progress observed in the past two months. Noticeable work has been done in recent weeks to the top floor and upper structure of the luxury high-rise in the central beach area and two construction cranes remain on top.

No discernable changes have been made to the waterpark in the southern beach area since late last year. While there is an assortment of themed pools throughout this facility, there are no specialized items, such as water slides, and no indications that work has begun to complete these features.

While most of the exteriors of the resort’s buildings and venues have been completed, it is neither possible to determine how many of their interiors have been finished nor whether furnishings have been added.

Figure 6. Close up of a luxury high-rise under construction.

Figure 7. No observable progress on the water park since late last year. 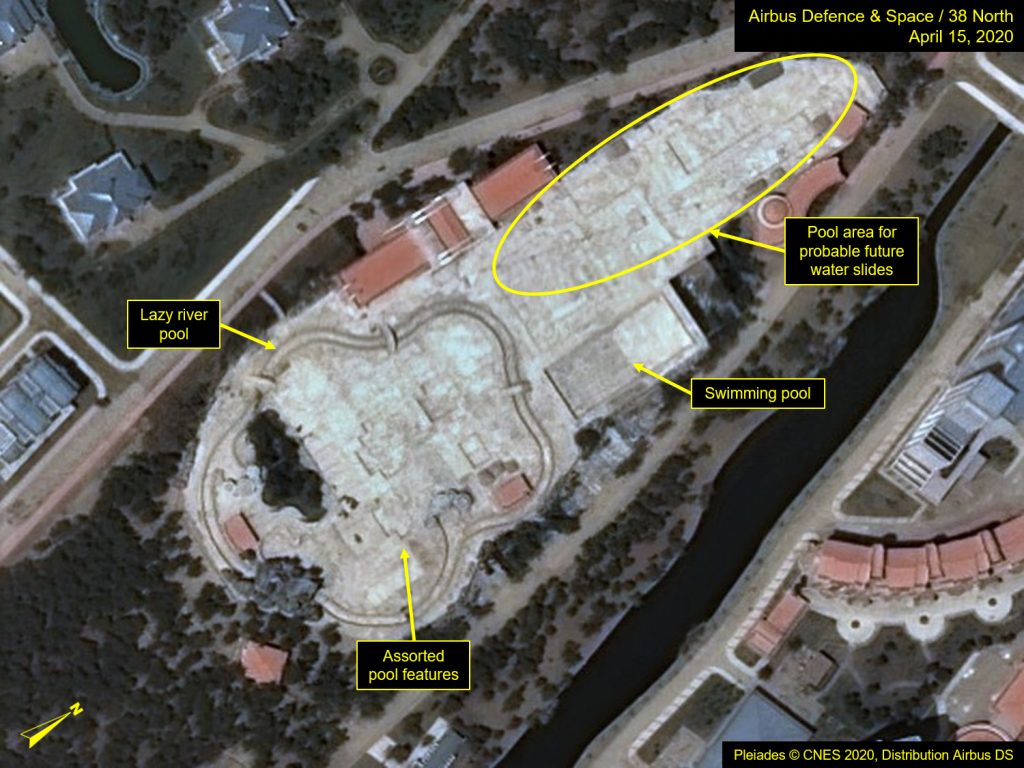 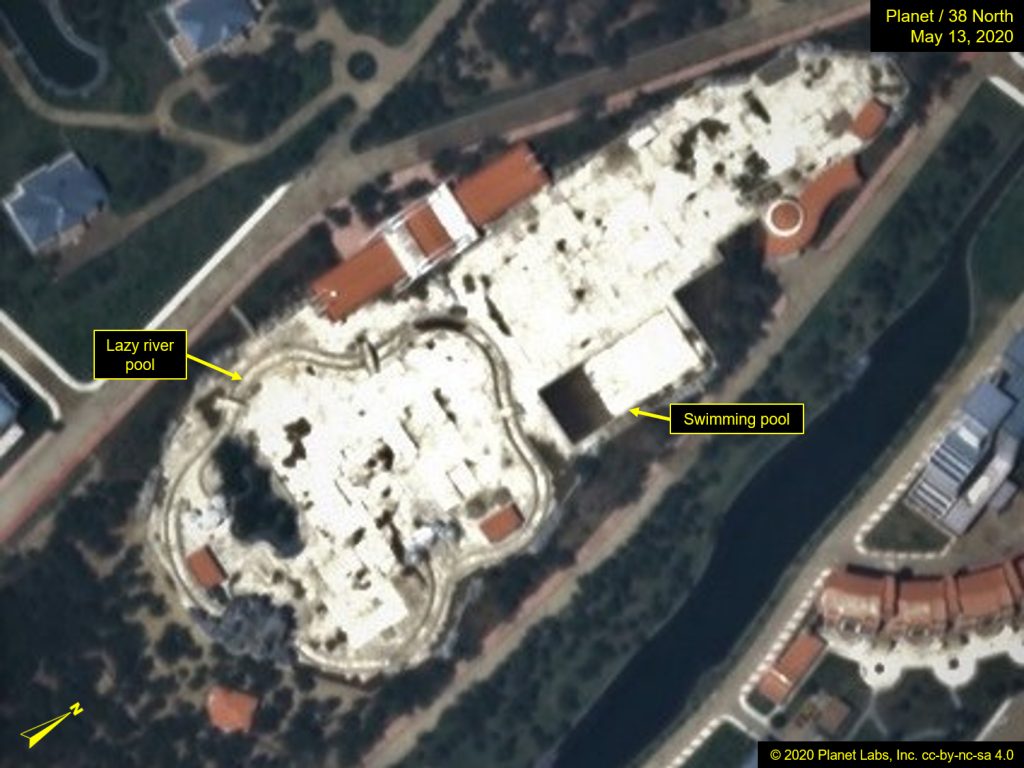 Figure 8. An exemplar water park in Pyongyang for comparison.