Recent commercial satellite imagery of the Mirim Parade Training Ground in Pyongyang indicates construction activity is nearing completion, with final touches being put on both the new permanent storage facilities and newly paved areas within the vehicle storage compound.

The Mirim Parade Training Ground has been used as a staging point for vehicles ahead of North Korean military parades. In the past, temporary shelters were erected in the area to store large pieces of military equipment during the training period. However, in less than three months, the area has been transformed with the construction of a new permanent vehicle storage compound, a new interior network of paved roads to facilitate training and pre-parade preparations and a new access road to the parade training facilities. The vehicle storage area is the centerpiece of the project as it is a separately secured compound with four wide-turn access points and five large vehicle garages located within, many capable of housing large pieces of military equipment, such as transporter-erector-launchers (TELs) for North Korea’s longest-range missiles.

Imagery shows that remarkable progress has been made between June 6 and 20. Paving of both the access road leading from the parade training area to Taehak Street, the main road which passes by the site and into downtown Pyongyang, and the final north-south interior roads appear to have been mostly completed by June 15, as reported by NK News. These interior north-south roads are all fitted with wide-turning connections to allow for large vehicles to turn with ease.

The paving of the interior spaces within the vehicle storage compound has also been completed. In fact, in the last week, five rectangular areas have been painted onto the pavement between the two long garages. In the center, the largest painted area appears to have the markings of a soccer pitch laid into it, although whether this is its actual purpose is unclear. The purpose of the other four smaller, yellowish rectangles surrounding the large center rectangular area is also unclear. Final roofing material is being applied to the roofs of two of the storage facilities, suggesting all buildings are nearing completion.

Immediately to the north of the vehicle storage and parade training facilities is an area where a temporary workers’ village had been erected, and which is now mostly cleared. 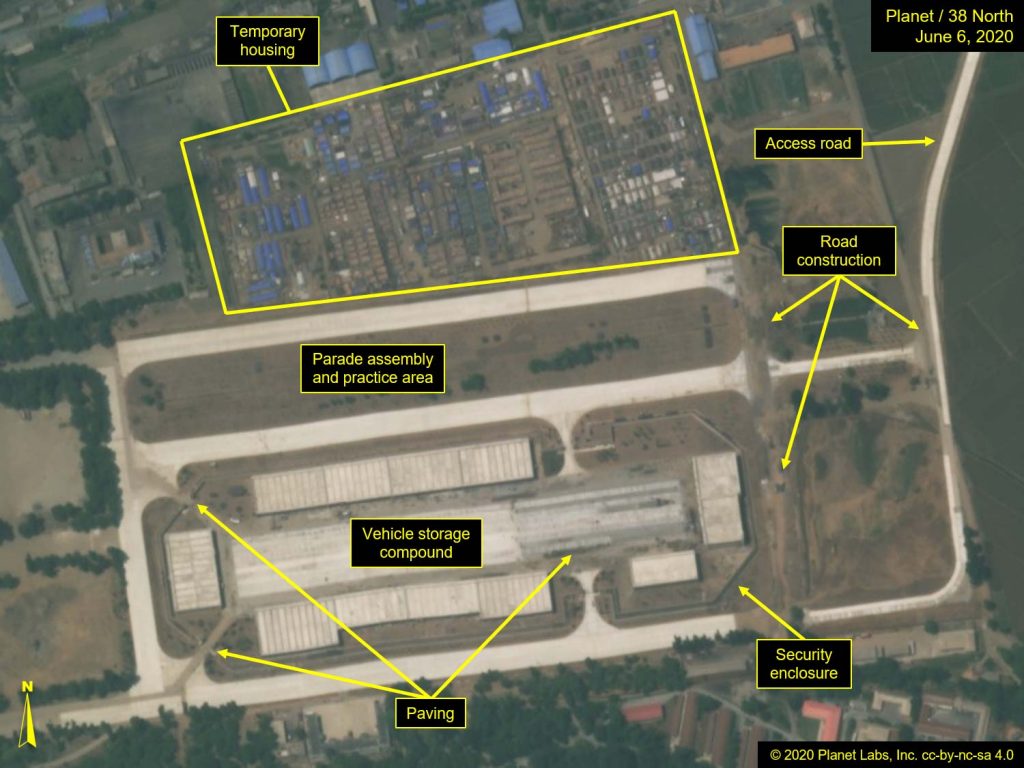 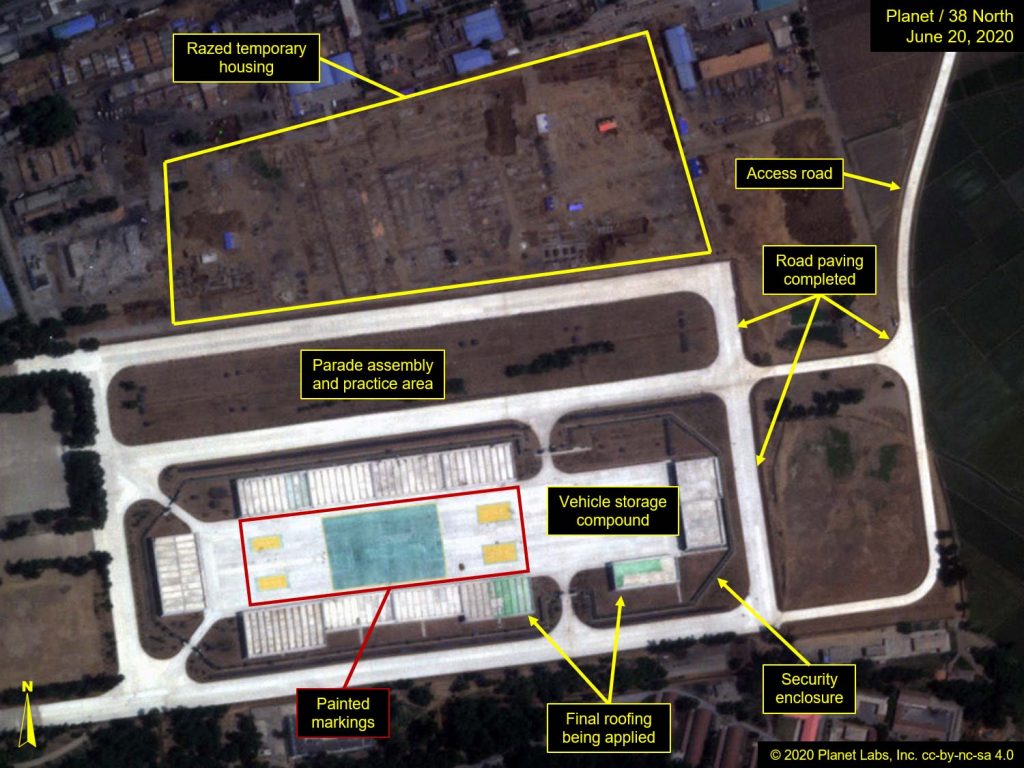