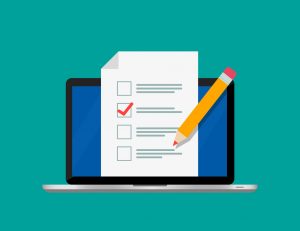 There is no doubt about the periodic need for humanitarian food aid to North Korea. Previous public opinion surveys have shown strong South Korean public support for this assistance. Moreover, our polling, conducted in March 2020, indicates that knowing a North Korean boosts support for this aid. At the same time, our data also suggests that mentioning current allocations for food assistance decreases support for humanitarian aid—even when this spending is presented as a small fraction of the national budget. Although we find higher support for food aid than previous studies, it is clear that the majority of South Koreans oppose expanding this assistance to North Korea. However, how the question is posed matters significantly.

A few factors seem to influence South Korean public support for humanitarian aid to North Korea. In 2006, public opinion for decreasing or stopping such humanitarian aid all together peaked at around 70 percent following North Korean ballistic missile and nuclear tests. A similar decline occurred in 2010 following the sinking of the Cheonan. Research by the East Asia Institute, covering 2010-2014, attributed the volatility to the public’s perceptions of North Korea as a security threat. Meanwhile, others may see humanitarian aid as a means to gain concessions, learn more about North Korea or achieve peace and progress towards reunification. What is not clear is whether South Koreans are sensitive to the overall costs of such aid as seen in research on other countries.

To measure public sensitivity to aid to North Korea, we implemented a web survey in March 2020, conducted by Macromill Embrain, using quota sampling by age, gender and region based on census data. Our 1,111 South Korean respondents were randomly assigned one of three versions about providing humanitarian aid to North Korea.

We found that how aid is presented matters. When provided with no information about allocations, only around 36 percent support expanding aid. However, when the actual budget of 680 billion Korean won is provided in the question, public support for expanding aid further decreases by approximately 11 percent. Even when the budget is contextualized in terms of the national budget, support declines by about 8 percent.

With shifting public views on North Koreans as compatriots as well as stereotypes of those that do arrive, most South Koreans have little direct experience with North Koreans or their challenges. Our survey found only about 5 percent knew a North Korean arrival, a significant challenge in generating sympathy. A lack of sympathy has also been found in previous public opinion surveys, with South Koreans who felt “no particular emotion” towards North Koreans rising from 36.3 percent to 46.8 percent in only two years. Lack of sympathy is exacerbated by stereotypes such as “you cannot trust a North Korean.” However, our data still shows that those with contact are sensitive to the costs of aid, further justifying efforts that focus on the types of goals of aid rather than the amount.

This messaging strategy is also a reflection of the split between the public’s theoretical and practical support for unification and humanitarian aid. The decline in support for increasing aid when costs are mentioned in our data signals that support for aid is not practical. If the South Korean public views assistance as wasteful or ineffective, the South Korean government may wish to change how it presents the issue. Rather than focus on North Korea’s general need for humanitarian assistance, the South Korean government may have more success in shifting public opinion by clarifying and emphasizing the explicit causes that the aid would support. Likewise, connecting humanitarian aid efforts to the end goal of reunification may also move public attention away from the costs.

That said, South Korea’s hesitancy to expand humanitarian aid to North Korea more directly stems from its questioning of the aid’s effectiveness in negotiations. As demonstrated by similar conclusions from past studies, the public continues to see North Korea, which refused to dismantle its nuclear program during peace talks with the United States in 2019, as a security threat. This is illustrated by the decline of public donations to international relief agencies following the escalation of North Korea’s weapons programs.

The Impact of the Pandemic

The COVID-19 pandemic provides an opportunity to shift public opinion on humanitarian aid to North Korea by focusing on the clear need and its implications for peaceful relations. South Korean President Moon Jae-in has already pledged cooperation in health care across the peninsula in battling the virus. However, as long as North Korea continues to deny that there are cases within its borders, this hampers trust-building efforts, perhaps suggesting that North Korea has little interest in rapprochement. Nevertheless, South Korean policymakers may have success during this pandemic in shifting public views on humanitarian aid to North Korea by focusing not on the amount, but on aid meeting specific, verifiable needs.