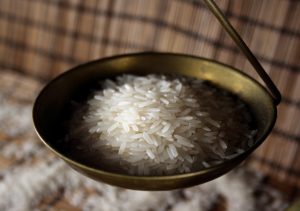 Despite North Korea’s economic difficulties, market prices have been remarkably stable as of late.[1] At the same time, low prices are not necessarily evidence of economic stability, as it is possible for prices to stay low even when the overall economy fares poorly.

This article attempts to explain the factors that may have contributed to price stability, while also explaining why they may not be telling the full story. Chief among these factors are increased imports and assistance from China, stable international food prices and relatively favorable weather conditions for agriculture. These factors may, however, change quickly.

North Korea’s overall economic conditions are difficult, despite illicit trade with China on a substantial scale. And yet, rice prices over the past few weeks have been at some of the lowest levels recorded in Daily NK’s price observations. The price of gasoline has also dropped to surprisingly low levels given that sanctions specifically target the country’s petroleum imports.

Consider, for example, the following graph showing the average rice price in three North Korean cities, going back to 2017:

The latest price observation by Daily NK was published on July 19, when one kilogram (kg) of rice reportedly cost 4,100 North Korean won. In late July 2019, the price was 5,100 North Korean won, whereas the price of corn—a generally less desired but crucial staple good—has climbed significantly as of late.

Oddly, the price of gasoline this summer has dropped to uncharacteristically low levels, despite continued import bans on oil, petroleum products and natural gas.

There are a number of factors that seem to explain this surprising stability. None are certain and, individually, they do not provide a credible explanation. Together, however, they paint a complex and varied picture of North Korea’s current economic conditions.

North Korea has been receiving substantial amounts of food from China over the past few months, either through commercial exports or aid. As shown in the graph below, Chinese exports of rice rose significantly through the fall of 2019, and exports of wheat increased throughout 2020.[2] (The latest available data is for June 2020, and exports may well have continued to climb throughout July as well.) Because North Korea consistently runs a trade deficit with China, it is difficult to say precisely what proportion of food imports should be classified as aid versus commercial trade. Moreover, there are unconfirmed reports of Chinese food shipments of unknown proportions to North Korea that may be occurring outside official trade channels (which would not show up in this data), and North Korean exports of sanctioned goods are reportedly increasing significantly. Recent reports from the Chinese border city of Dandong also show that economic exchange continues between China and North Korea, though it is difficult to fully estimate the nature and scale of this trade and, therefore, its full impact on the North Korean economy.

International food prices mirror those on North Korean markets; global rice prices, for example, have been stable and declined slightly in May, although they are still higher than a year earlier. Meanwhile, corn prices in China have been unusually high this year due to tightening supply, which the government may remedy through large-scale sell-offs from storage. The North Korean market is likely more internationally connected than often assumed. It may well be that market actors in North Korea are importing these staple foods in sufficient quantities to affect domestic market prices. Similar dynamics are likely at play for gas prices, which tend to be relatively low this time of year on the North Korean market; however, Chinese deliveries may also have recently increased. Indeed, reports by the United Nations Panel of Experts have consistently shown that North Korea circumvents the international sanctions cap on its oil imports through ship-to-ship transfers and other means.

In the beginning part of the year, weather conditions were relatively favorable for agriculture, as reported in a previous iteration of this column. According to one specialist with insights into North Korean agriculture, some satellite data indicate that weather conditions are generally favorable for crops this year, although neither rice nor corn has yet been harvested. Such conditions can change quickly, however, and North Korean media recently reported heavy rains in some regions of the country that could lead to flooding and damaged crops.

Reports from inside North Korea over the past few months indicate that the public distribution system (PDS) is under significant stress. Even Pyongyang, usually prioritized in distribution, has reportedly not seen PDS deliveries for the past three months.[3] It is unclear precisely what segments of the population the PDS still supplies with food, but at the very least, core socio-political groups and some groups of government workers receive various forms of distribution.

Prices may also be relatively low because the government is releasing stored and imported food to segments of the public to compensate for lagging state deliveries to certain groups. On July 29, for example, Daily NK reported that food was taken out of wartime preparation reserves in Musan in the north of the country. This food was then distributed to certain state enterprise workers in the city. Daily NK’s source on the ground confirmed that market prices had dropped in the area after the government’s action. If the regime is taking similar measures around the country, this could help explain the comparatively low market prices.

It may also be the case, however, that rice prices are dropping precisely because consumers have fewer resources to purchase it. Corn is an inferior good compared to rice, but it is much cheaper and provides much more nutrition per won than rice. Therefore, rice prices may be dropping relative to corn prices during the lean season because more consumers need to switch over to corn. Moreover, it may be that sellers are lowering their prices because consumers simply cannot afford to pay more if incomes have gone down due to the general economic decline.

North Korea’s economic indicators do not tell a coherent story. Judging by the currently available information, the economy is experiencing significant distress while at the moment markets remain relatively stable. The resilience of the market system should not be underestimated. Nonetheless, harvest conditions are highly volatile and may change depending on the weather over the coming months. North Korea’s food security margins are very thin, and unforeseen minor events can have major consequences.