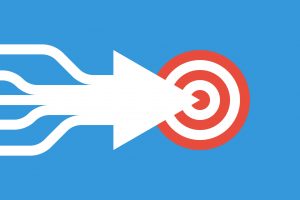 Recently, there have been increased talks about expanding the Five Eyes (FVEY) intelligence-sharing alliance between the US, UK, Australia, Canada and New Zealand, to include Japan, Germany, France and South Korea. While Seoul is yet to officially commit to this “FVEY Plus” arrangement, this development is largely a welcome development, as it aims to track activities in North Korea and China.

Seoul’s participation in the FVEY January 2020 talks confirms its willingness to increase intelligence collaboration with this group. However, that may require South Korea to end its bilateral intelligence-sharing arrangement with Japan, which is set to expire on August 24. With the likelihood high that Seoul may terminate this pact, it is vital to look at the feasibility of Seoul’s inclusion in the FVEY Plus framework and its regional implications.

The United States and its democratic partners are increasingly contemplating expanding the reach and scope of the FVEY intelligence-sharing alliance. Such a strategic move is being driven primarily by the intensifying geostrategic competition between Beijing and China’s blatant adventurism in the Indo-Pacific, from its border with India to the South China Sea. Under a new and expanded FVEY Plus framework, Australia, Canada, New Zealand, the United Kingdom and the US may soon include Japan, France, and South Korea. Japan is no doubt a natural “sixth eye” choice considering its already close cooperation with FVEY members and its national defense priority of stabilizing its immediate neighborhood and beyond. However, South Korea may not be far behind.

The FVEY has been working with France, Japan and Seoul reportedly since late 2019 in order to check the DPRK’s growing belligerence, albeit on an informal basis. For South Korean President Moon Jae-in, who has lately struggled to manage a deteriorating relationship with North Korea despite efforts to develop ties, this opportunity to restrain the North is a welcome intervention. It would also allow Seoul to monitor its other difficult and powerful neighbor, Beijing, while strengthening ties with Washington.

South Korea’s military-security apparatus relies on intelligence to monitor the North’s growing missile and nuclear threats. Since the intelligence failure of the Korean War in the 1950s, the US has acquired rather sophisticated signals intelligence (SIGINT) capabilities. Its security alliance with the ROK has helped Seoul take advantage of its state-of-the-art technologies and boost its own intelligence capacity. Over the past decade, South Korea has developed advanced SIGINT systems, both independently and in collaboration with the US, in order to cope with the delicate security situation in one of the most dangerous flashpoints in East Asia, and perhaps the world.

In recent years, North Korea has been ramping up its military activities, including missile tests, in an effort to gain an advantage over the US in their negotiations. In 2019, North Korea carried out a series of missile tests, mostly as “warnings” to South Korea (and to the US.) For Seoul, which is just 35 miles from the demilitarized zone (DMZ), neutralizing the North Korean threat is thus an immediate priority. At this juncture, South Korea cannot risk any vulnerabilities in its intelligence apparatus, let alone an intelligence failure. Its main detection and preemptive strategy, the so-called “Kill Chain,” relies heavily on accurate, high-quality military-political intelligence to monitor “North Korea’s domestic political situation” and “keep tabs on the North’s military assets.” The intelligence is essential for tackling non-conflict scenarios in the region, too (e.g., in the event of regime collapse in North Korea or a humanitarian crisis).

In such a scenario, the ROK’s formal membership in an FVEY Plus framework could be mutually beneficial. The FVEY stand to gain immense insight into DPRK’s activities with access to Seoul’s intelligence apparatus and capabilities. In return, the FVEY can significantly enhance the SIGINT, communications intelligence (COMINT) and electronic intelligence (ELINT) capabilities of South Korea’s National Intelligence Service (NIS). FVEY’s reach will enable Seoul to track not only Pyongyang’s illegal cargo transfers at sea but also, importantly, its acquisition and development of ballistic missile systems, including its nuclear and missile cooperation with Pakistan and close political ties with the Communist Party of China (CPC).

Expanding Partnerships Beyond the US and China

Apart from their mutual interest in containing North Korea’s ballistic missile and nuclear threat, the FVEY offers Seoul an opportunity to expand cooperation with states other than the US and China. For a long time, the ROK has been asymmetrically dependent on the two great powers in a number of fields and especially for its economic prosperity and national security. (Together, the US and China constitute about 38 percent of its exports and 32 percent of its imports.) However, under Moon, it is making an effort to diversify and strengthen its diplomatic and economic ties with other countries. A formal alliance with the FVEY would provide Seoul with an additional platform to build these closer relations—especially in fields such as cyberspace and outer space. With the US-China rivalry intensifying, and Seoul under increasing pressure to “pick a side” on specific issues, the ROK is gearing up for tensions to escalate to fields such as cyber and outer space, making new partnerships increasingly important.

Despite the obvious advantages of South Korea joining the FVEY Plus, Seoul’s prospective formal membership will likely face a range of challenges—notably, a potentially hostile Chinese response and continued tensions with Japan, including over their bilateral intelligence-sharing arrangement.

China is South Korea’s largest two-way trading partner, notwithstanding its longstanding military alliance with the United States. To make matters worse, the escalating trade war between China and the US has stirred more trouble for South Korea: The country is being forced to choose between its security ally and its key economic partner. For example, the United States has been pressuring South Korea not to trade with the Chinese telecommunications company Huawei, while China has issued warnings against any business suspension. Seoul has been struggling to maintain a neutral stance. The South Korean government is being overly cautious due to its prior experience of China’s harsh retaliation for its deployment of the US Terminal High Altitude Area Defense (THAAD) missile system in 2017, which triggered stringent Chinese economic sanctions on South Korean businesses. South Korea has also been carefully balancing its participation in Indo-Pacific dialogue forums. Its attendance at the recently held Quadrilateral Security Dialogue (Quad) Plus meeting was limited to cooperating on collective actions against the COVID-19 pandemic. Simply put, South Korea’s alliance with the FVEY will agitate China greatly, and the South will need to assess the risks of China’s wrath versus the benefits of intelligence sharing with “like-minded” partners.

Seoul is also concerned about China’s growing, unchecked military might and assertiveness. Beijing’s disproportionate response to the THAAD deployment was a wake-up call that highlighted China as an “uncertain neighbor.” According to a study by the Pew Research Center in 2019, South Koreans “are now less likely to see benefits to China’s growing economy than they were five years ago”; interestingly, 63 percent of South Koreans, compared to 60 percent of Americans, have an unfavorable opinion of China. The pandemic has taken a further toll on these ties: Earlier this year, more than half a million South Koreans signed a petition demanding a ban on all Chinese travelers. China’s Treaty of Friendship, Cooperation and Mutual Assistance with North Korea, which is up for renewal in 2021, is another source of tension.

Although South Korea approaches China rather pragmatically, it now fully acknowledges the need for closer ties with the US and its allies in the Indo-Pacific. In 2019, President Moon talked of finding “common ground” between his New Southern Policy and US Indo-Pacific strategy, which aims to check China’s ambitions in the region. South Korea is also looking to reduce its economic dependency on China by enhancing ties with ASEAN states and India. Nonetheless, Seoul will not blatantly antagonize China. Coalescing with the FVEY partners could be a means for South Korea to hedge its bets and diversify its trade partnerships. The FVEY’s intention to form its own trade bloc in order to establish alternative supply chains and ease decoupling from China will give South Korea diplomatic cover to align with a democratic group without provoking China’s wrath.

Both South Korea and the US view North Korea as a threat to regional stability. However, the two countries have approached the isolated regime rather differently in the recent past. The Trump administration has been wildly inconsistent in dealing with North Korea: On several occasions, Trump has praised the North Korean leader, Kim Jong Un, and at other times he has publicly called Kim names like “little rocket man” and used incendiary rhetoric that has ratcheted up tensions on the peninsula. The current situation remains unstable: North Korea has amplified its anti-South Korean rhetoric and refused all forms of inter-Korean dialogue and cooperation. Moon has, in contrast, been advocating a patient strategy of engaging the North but with no support from the Trump administration. These contrasting approaches may cause hiccups for a FVEY Plus alliance with South Korea. As the FVEY expands its scope and transforms into a political alliance, the US and ROK may not always see eye-to-eye when devising joint responses directed towards DPRK. Nevertheless, both recognize Pyongyang’s threat as an urgent one, making intelligence sharing a perfect area for cooperation. Under such circumstances, they may be able to manage their differences if they share a common vision.

Persisting Tensions Between Seoul and Tokyo

South Korea and Japan have a complicated history dating back to before World War II. The tensions have escalated and recently led to a series of tit-for-tat measures. In 2019, South Korea threatened to withdraw from the General Security of Military Information Agreement (GSOMIA), an intelligence-sharing pact with Tokyo, before deciding to stick with the deal. But the tensions have not disappeared. As a result, in an expanded FVEY Plus that includes both Japan and South Korea, managing relations between the two could be challenging.

Nonetheless, the two nations face a common threat in North Korea, and their cooperation is vital for East Asian security. Soon after South Korea announced its intention to withdraw from the GSMOIA, North Korea launched a ballistic missile. In January 2020, Kim Jong Un threatened to resume nuclear and intercontinental ballistic missiles (ICBMs) testing, and in March, Pyongyang conducted nine tests. Japan and South Korea will have to manage their historic differences for the greater good of the region and beyond. Closer cooperation within a FVEY Plus framework could strengthen their already existing information-sharing mechanisms.

In South Korea, there exists a rather “dysfunctional” relationship between the intelligence community, the policymakers and the public. Scandals of intelligence officers directly intervening in domestic politics have caused deep suspicion amongst the public, with few citizens understanding the role that intelligence agencies play or their need for secrecy. On the other hand, policymakers are often allegedly denied intelligence due to fears amongst agencies that it will be leaked. This lack of trust and ROK’s domestic politics have frequently led to obstacles in intelligence sharing with other partner states—Seoul’s refusal to ratify GSOMIA being an example. Such domestic dysfunction could risk FVEY’s perceptions regarding Seoul’s potentiality as a seamless partner to the alliance and impact their willingness to share critical intelligence on a default basis.

There is an obvious synergy between Seoul and the Five Eyes. Intelligence sharing is a delicate exercise requiring immense trust. With the FVEY framework poised to expand into the diplomatic and trade sectors, Seoul has the opportunity to build closer ties with some of the world’s biggest democratic powers. This platform would not only help ROK check China’s growing might and the increasing North Korean threat, but also diversify its partnerships in the region and beyond.