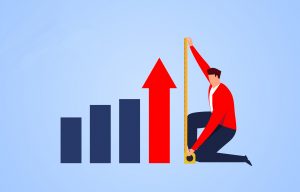 North Korea’s recent parade of advanced military hardware illustrates the failure of international sanctions to stop the qualitative improvement and quantitative expansion of the country’s strategic forces. A new, comprehensive and realistic framework for assessing sanctions is vital to developing a more effective strategy toward the North over the coming months. Ideally, this framework would be unclassified and publicly available to inform the broadest possible debate.

On October 10, Kim Jong Un lamented that “everything is in short supply owing to the harsh and prolonged sanctions” in his emotional speech to mark the 75th anniversary of the Workers’ Party of Korea. Yet, after emphasizing the hardships and obstacles North Koreans have faced, he went on to remark with apparent confidence and resolve “…we have become strong and are becoming stronger in the midst of trials. Time is by our side.”

As if choreographed to underline the second of Kim’s two contrasting messages, a vast military parade followed, including a wide variety of military equipment and vehicles, much of it never before seen in public—ranging from modernized rifles to massive 11-axle transporter-erector-launchers carrying what may be the largest mobile ICBMs in history.

The contrast between these two messages can seem jarringly incongruous at first glance. Based on all the new weapons in the parade, the makings of advanced military hardware—including many components and materials that sweeping United Nations (UN) sanctions prohibit North Korea from importing—are not truly in “short supply.” As 38 North’s own Jenny Town put it in a recent article for the Bulletin of the Atomic Scientists:

The rate of change North Korea has demonstrated in its military modernization and strategic weapons development over the past five years is telling. Despite “biting” sanctions, Pyongyang has consistently shown a superior ability to adapt to the times and find ways to meet its strategic goals.

This duality—sanctions inflicting “pain” without stopping the regime’s strategic weapons programs—would seem to argue for a different approach to sanctions within the US strategy on North Korea. While this might be true, economic sanctions have been a central element of this strategy since the end of the Cold War, and are highly likely to remain so going forward. However, there is no consensus on the actual or potential efficacy of economic sanctions on North Korea, and their impact remains a matter of great uncertainty, debate and fundamental disagreement.

Given the gaps in even basic information about North Korea’s unique and opaque economy, assessing the effects of sanctions on the country may very well be “the hardest part of the hard target,” as participants in a George Washington University conference recently discussed.

When combined with these information gaps, the lack of an agreed-upon assessment framework has led to stark differences in assessments. After the summit in Hanoi in 2019, for instance, a senior US Department of State official assessed that sanctions would build pressure on North Korea in the aftermath, noting that “…sanctions are still in place. I think they’re still having a crushing effect on the North Korean economy…” But half a year later, Stephanie Kleine-Ahlbrandt—who had just concluded five years on the UN Panel of Experts responsible for analyzing these sanctions—provided a very different and scathing view, noting that “US policymakers are failing to grasp a hard truth: UN sanctions are a depreciating asset and the needle can’t be pointed in the other direction.”

Negotiating Positions and Strategy Hinge on Assessments of Sanctions

Though a common frame of reference for assessing sanctions is obviously important for determining sanctions policy, it is also vital for other key elements of US policy, such as negotiations. For example, it would be useful in helping resolve disagreements among Korea-watchers of whether Kim Jong Un’s proposal at the Hanoi Summit in February 2019 was a “golden opportunity,” a “bad deal,” or something in between.

According to a senior State Department official, Kim proposed to trade part of the Yongbyon nuclear facility for lifting a number of sanctions imposed by UN Security Council resolutions in 2016 and 2017. These resolutions included the sweeping sectoral sanctions that banned exports of coal and other minerals, as well as the annual caps on imports of refined and crude petroleum. Though questions remain about whether every element of Yongbyon would have been included, and the details of how (or if) such a deal would have been fully implemented, the most fundamental first-order question is whether or not this would have been a good trade.

Objectively speaking, the value of the key facilities of the Yongbyon complex has been assessed by experts inside and outside the government, including Gary Samore writing for 38 North. Such assessments include objective, measurable factors such as the estimated amounts the facilities can produce annually of plutonium and highly enriched uranium, and how this would contribute to the size and capability of North Korea’s arsenal over a given period of time. Analysts might disagree over nuances, but in the end, structured, logical discussions can be had to narrow down the differences. No similar analysis—or even an objective frame of reference for an analysis of this sort—exists for the value of the sanctions that Kim requested. Instead, analysts are forced to resort, in essence, to trading anecdotes and arguments.

More importantly, an objective strategic-level assessment of the progress and trajectory of sanctions is vital to establish a foundation for a US strategy on North Korea. Is patience called for to allow sanctions to “bite?” Or have we passed the point of their diminishing returns? If time is “on North Korea’s side,” to borrow Kim’s formulation, then it would drive us to favor a fundamentally different strategy than if we proceed from the premise that it will just take more time for sanctions to have their intended effect—a premise US National Security Advisor Robert O’Brien recently argued. Given that Korea-watchers cannot even seem to agree on the intended effects, this fundamental question of whose side time favors will be tough to resolve.

Intelligence Assessments Are Necessary, but Insufficient

It should be no surprise that the US intelligence community (IC) has been providing assessments related to sanctions on North Korea for decades. Only a small fraction of what the IC publishes on this topic is shared publicly. The examples available, however, illustrate the challenge the IC faces on this matter; they also show that there is a lot more the US government uses to assess the effectiveness of sanctions than intelligence.

In 1991, the US National Intelligence Council (NIC) published an assessment on behalf of the IC, declassified in 2009, on the likely response of North Korea to sanctions over its nuclear weapons program. Though the NIC outlined the harm sanctions could do to North Korea’s economy, its key judgments were quite confident and blunt by the standards of such documents—starting with the opening line: “The Intelligence Community believes that economic sanctions per se would not cause North Korea to abandon its nuclear weapons program.”

The language in the most recent unclassified IC assessment on this topic (from January 2019) is more guarded and nuanced, as one would expect in a report intended for a public audience in a larger annual report to Congress. But its thrust is similar. The assessment noted that North Korea is unlikely to give up its nuclear weapons and programs through negotiations, “…as it seeks to negotiate partial denuclearization steps to obtain key US and international concessions.” The assessment outlined North Korea’s multi-pronged efforts to mitigate the effects of sanctions—including via cyber theft on a vast scale—while acknowledging that sanctions were still applying a degree of pressure.

Neither the 1991 nor the 2019 assessment would seem to support the idea that sanctions would generate sufficient economic pressure on North Korea to force Pyongyang to halt its nuclear and missile programs—or that it provided any basis for optimism that the North would be willing to trade more than a portion of its strategic weapons programs for sanctions relief. If this is the case, how does one explain the apparently differing assessments of US officials that continue to place faith in the effectiveness of sanctions?

Useful insights to address this question can be found in a comprehensive study of sanctions effectiveness and measurement across the US government and all target countries that was provided in a report to Congress by the Government Accountability Office (GAO) in October 2019. The GAO report noted that IC assessments were used by various officials, but ultimately depicted a process for assessing the effectiveness of sanctions that put the IC into a secondary, supporting role. The study noted that the very same offices responsible for implementing sanctions in the State, Treasury, and Commerce Departments took the lead for assessing their effectiveness—essentially putting these officials in the position of “grading their own homework.” It also noted that the separate offices did not conduct broader, cross-cutting, more strategic assessments to evaluate how effectively sanctions were contributing to US policy goals. Instead, these various narrower assessments informed interagency discussions led by the National Security Council staff where such considerations would come into play.

Toward a New Framework

Using the GAO study as a starting point and adding the experience of US officials involved in North Korea policy—as well as the input of experts on sanctions, trade and economics—it should be possible to develop a comprehensive framework for measuring the effectiveness of sanctions on North Korea that would be useful for US policy and strategy. As the study notes, such a framework must be founded on an understanding of the US strategic objectives to be supported or achieved by sanctions.

When assessing the sanctions themselves, analysis must begin with an understanding of what sanctions have been enacted and how they are being enforced, followed by an examination of the countermeasures interfering with the desired effects. Once this analysis is completed, a proper assessment can be done of the effects—direct and indirect, desired and undesired—on North Korea. Such a framework would need to be based upon a common understanding of the strategic objectives to be supported or achieved by sanctions, against which the following elements could be assessed:

Category 1: Establishment and enforcement of sanctions on North Korea

We might find that, upon further analysis, the ten subcategories of this proposed framework may not be ideal, and could leave out important considerations. It might not even be possible to agree on a single framework, but may lead to several competing frameworks—which would at least provide a better basis for debate and policy deliberations. What is clear, however, is that the current approach of “dueling narratives” on North Korea sanctions is not working.

Absent a more rigorous and transparent system for measuring the efficacy of sanctions along the lines outlined above, discussions of a new US policy and strategy toward North Korea are likely to remain on a shaky foundation.

The views expressed in this publication are the author’s and do not imply endorsement by the Office of the Director of National Intelligence or any other US government agency.