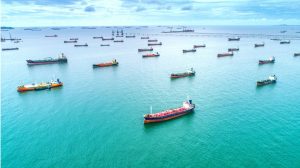 Data collected by the International Maritime Organization (IMO) reveals a spate of fatal maritime incidents involving North Korean vessels in 2019. This information and other reports, combined with dangerous operations of North Korean vessels, indicate that several of the ships that suffered catastrophic accidents were engaged in coal smuggling. The vessels’ failure to use tracking systems—a standard safety procedure—in some of the world’s busiest waterways is a particularly hazardous practice, highlighting the risks Pyongyang imposes on its fleet and those who operate it in pursuit of illegal coal revenues.

Even at the best of times, sailing on a North Korean ship is probably not the safest of jobs. The DPRK’s aging fleet of creaking vessels consistently ranks among the least seaworthy in the world; these ships were repeatedly detained on safety grounds when they operated more frequently around East Asian ports. But even compared against this low watermark, 2019 was an especially dangerous year for the DPRK’s sailors—one marked by collisions, an explosion, lost vessels and, more regrettably, lost lives.

Yet, a more dangerous subset exists even among this high-risk group. It seems that North Korean vessels engaged in sanctioned activities will only periodically broadcast their positions to Automatic Identification System (AIS) tracking networks, which simultaneously increases the risk of collision in busy waterways and no doubt makes rescue operations more challenging. Indeed, the primary function of AIS is to aid in the avoidance of such collisions, though its non-use has always been an integral part of the DPRK illicit fleet’s modus operandi.

Although some vessels within the DPRK’s fleet broadcast their locations infrequently and others signal fraudulent identification data to get around the tracking problem, some of the ships in the IMO’s accident list haven’t broadcast their position for years. These periods of deep, “dark” non-reporting indicate that even if one of Pyongyang’s vessels appears externally inactive, they can never be counted out of the North’s smuggling plans. The use of these otherwise seemingly latent vessels makes it difficult to accurately gauge the true number of North Korean vessels engaged in this type of activity.

At the same time, such lengthy periods of traveling without following essential safety procedures comes at a cost. When accidents inevitably occur, they have to be reported and, in some cases, investigated. They are typically logged into the IMO’s Global Integrated Shipping Information System (GISIS) database along with details on the incident date, location and causes. Searching the database for accidents involving North Korean vessels normally reveals a couple of new entries every few years, though 2019 breaks the pattern with a “very serious” accident—one involving loss of life or the loss of a ship—occurring on average every two months.

The first 2019 incident, which occurred between two North Korean vessels off the coast of China on March 22, is a good example of how unsafe the North’s smuggling operations can be.

The incident report accompanying the case gives the location a little north of the Zhoushan Port area and to the southeast of Shanghai. According to the incident summary in the IMO database, the vessels were the DPRK-flagged Haesong 2 and Pu Song (formerly called the Haesong 3). The use of this area for transfers of sanctioned North Korean coal was first noted by the POE in mid-2018, and the work was later expanded upon by an investigation from the Royal United Services Institute (RUSI). The RUSI report noted how the exact location of the collision was also one used by North Korean-flagged vessels to transfer coal to nearby barges, even naming it “AOI [area of interest] 1 – SOUTH PORT.” Typically, AIS tracking data does not include information on vessel cargo. But in this case, the incident summary pertaining to the Haesong 2 lists the ship’s cargo as “coal.” The same report also gives us some insight into the circumstances of the accident.

From the reporting on the incident, it seems reasonable to assume that the collision may not have happened if the two vessels were using the very system designed to prevent it, which would have also allowed outside observers to track the journeys. This is clear evidence of how Pyongyang prioritizes the success of smuggling operations over the safety of those conducting them. It should also be noted that neither of the North Korean vessels were subject to either unilateral or multilateral designations, nor were they on the US Office of Foreign Assets Control’s (OFAC) list of suspected coal smugglers. While this is not the case with all the vessels involved in the 2019 accidents, it nonetheless indicates that Pyongyang’s coal smuggling fleet may be bigger than even Washington estimates.

Collisions, Explosions and a Poor State of Repair

Most of the remaining five accidents reflect a similar pattern. Three were in the same Zhoushan area, and two of the vessels listed the cargo as “coal” and “Dry bulk cargo.” Two of the six collisions were with Chinese fishing vessels, underscoring how it isn’t just North Korean sanctions evaders that bear the cost of its smuggling programs. This was highlighted by the accident on April 6, 2019, which took place seemingly on a journey either to or from Vietnam, another destination country for North Korean coal exports. In this instance, an OFAC suspected DPRK coal smuggler called the Ryon Hwa 2 collided with a Chinese fishing vessel, causing the former to sink. The incident summary implies that the Chinese fishing ship was subsequently unwilling to help the floundering North Korean sailors.

In total, five of the six involved North Korean vessels traveling without AIS and the total number of listed casualties comes to twelve dead and five injured. The remaining accidents seem due to the generally terrible state of repair of most DPRK vessels. In one case, it appears that one of the ship’s watertight doors simply gave way. In their most recent report, the POE included this vessel, the Su Song, in a list of ships that have “transferred or trans-shipped their coal.” Another accident involving the only OFAC designated ship on the list, the Chol Bong San, is the only case where the vessel, somewhat surprisingly, was broadcasting its location continuously around the time of the incident near China’s Lianyungang Port.

Taken as a whole, the 2019 accidents paint a rather bleak picture for North Korea’s smugglers. Aging ships that come apart upon collision or simply give way mid-journey travel without the necessary safety systems that would improve their already weakened chances of making it back to home port.

Pyongyang’s disinterest seems mirrored by Beijing’s. To date, accidents involving North Korean coal-laden ships off the Chinese coast have not been met by public Chinese protestations about numerous rescue operations in China’s waters or the endangering of the lives of Chinese fishers. Similarly, there are no apparent reports on the repatriation of North Korean sailors and the accidents involving coal-laden ships were not reported in the 2020 POE reports. On the face of it, this seems unusual, since the incident reports contain a clear admission by North Korea that several DPRK vessels were carrying UN-sanctioned cargo within Chinese waters, and the UN Security Council grants powers to member states to combat such activities. China’s 2019 reply to the POE on coal smuggling in the Zhoushan Port area suggests its willingness to acquiesce in North Korean violations of sanctions within its territory.[1]

Luckily, no accidents involving North Korean vessels have been registered this year. Whether this is due to generally less traffic, both illicit and legitimate, more vessel downtime stemming from the global pandemic, or North Korea suddenly improving its safety procedures after decades of disinterest, is up for debate.