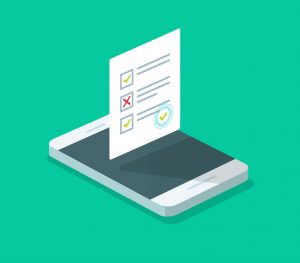 The Moon Jae-in administration’s efforts at engagement with North Korea require public support. However, our original survey data suggests that public attention to North Korea may be lower than conventional wisdom would indicate, as less than 10 percent of respondents think of North Korea frequently. One interpretation of these findings would suggest Moon and the Democratic Party may have greater flexibility on engagement because South Korean people are more concerned with domestic politics and priorities, while the administration may need to contend with the possibility that public opinion could quickly reengage if the status quo changes or if the perceived costs outweigh perceived benefits. Another interpretation would indicate that Moon may find further difficulty selling the value of improved inter-Korean relations to a domestic audience concerned such efforts are at the expense of domestic improvements.

Media framing theory suggests that media focus and tone shape public beliefs.[1] South Korea’s frequent coverage of North Korea tends to be negative, which might lead the public to frequently think about North Korea and associated dangers, such as North Korean defectors, as security threats. Conversely, desensitization theory would indicate that the saturation of coverage about North Korea leads South Koreans to view bellicose rhetoric as ignorable noise.

Our data suggests a public, if not desensitized to North Korea, then preoccupied with other concerns, with broad implications for Moon’s engagement policy. A public tuning out is unlikely to notice when the regime signals a change in behavior. Likewise, if South Koreans do not think about North Koreans or reunification, they are unlikely to advocate for policies that aim to stabilize relations or integrate defectors, much less the more complicated measures necessary for reunification. This lack of attention should be particularly concerning to a Moon administration, as a public not thinking about North Korea is unlikely to support policies that generate short-term costs without tangible benefits. This neglect could provide a Moon administration leeway to initiate engagement that may result in explicit economic benefits and family reunions. However, short-term costs without expectations that benefits will quickly materialize might be a harder sell to a public more concerned about pocketbook issues and conditioned to expect Pyongyang to renege on commitments it has made.

To address attention to North Korea, we surveyed 1,200 South Koreans from September 9-18, 2020, via a web survey administered by Macromill Embrain, using quota sampling by region, age and gender.

We first asked, “How many times have you thought about North Korea in the past week?” As the figure below illustrates, we find more than half (54.50 percent) stated they have not thought of it at all, with 41 percent saying it was only once or twice in the past week. We also asked this same question in our March 2-12, 2020 survey, where we found the majority (51.49 percent) said they thought of their neighbor only once or twice a week. While the variation may be due to North Korean actions during the spring, such as conducting highly publicized missile tests on March 2 and March 8 and media speculation regarding North Korea’s COVID-19 cases, the vast majority of respondents rarely think about North Korea. This suggests that South Koreans may have largely tuned out not only North Korean rhetoric, but also South Korea’s unsuccessful efforts to engage North Korea.

In the September survey, we also randomly assigned respondents to one of three related questions to identify whether South Koreans pay more attention to specific aspects of North Korea.

Again, we see the vast majority of respondents claim they had not thought of North Korea’s nuclear weapons, its citizens or reunification in the last week. This not only suggests that North Korea’s bellicose rhetoric fails to influence the South Korean public, but also the difficulty in capturing the public’s attention for sympathy for North Korean citizens or efforts that would eventually promote reunification.

The lack of South Korean public interest in North Korea has clear ramifications for the South’s policymakers. A public not thinking about North Korea’s nuclear weapons is unlikely to pressure their government to respond to the North’s bellicosity in new ways, unless the regime ratchets up tensions—for example, by resuming nuclear testing or flight testing of long-range ballistic missiles. However, by the time the public reengages, the options available to South Korean leaders may be limited.

The government’s positions on reunification and accommodation of North Korean defectors remain clear. Yet, the inability to keep the public’s attention on these matters reflects the disconnect between these issues and day-to-day concerns and may deepen its failure to grasp the associated economic and political costs of reunification. The lack of public consideration may partially explain why South Koreans seem unprepared for the social turmoil that would follow reunification. Defectors already have a difficult time integrating into South Korean society, and the little attention South Koreans give to North Korea, combined with limited knowledge of the experiences of these arrivals, creates a hurdle for any administration that desires to enact policies that would foster integration.

Our findings are consistent with recent elections as well. Many voters in the 2017 presidential election prioritized government corruption and the economy over North Korea policy; in fact, a post-election survey found that voters viewed North Korea as one of the least important election issues, despite the two major parties campaigning on fairly different North Korea policy positions. Similarly, in South Korea’s 2020 parliamentary elections, domestic concerns—particularly the government’s response to COVID-19—dominated the campaign. Additionally, despite decades of rhetoric about eventual reunification, South Koreans may have lost interest. For example, a 2015 public opinion survey found that only 56 percent of South Koreans were interested in the North Korean people.

Our results indicate that the Moon administration’s efforts at inter-Korean engagement are unlikely to create broader interest in North Korea, even if there is a resumption of North-South dialogue. These attempts may produce short-term fluctuations, such as when public perceptions of Kim Jong Un increased briefly in 2018 after Moon and Kim met in the Joint Security Area (JSA). But engagement is unlikely to generate continued interest absent tangible gains, nor is it likely to overcome pocketbook issues. Unfortunately, we have no clear solution to increasing attention, other than to suggest that the Moon administration and the Democratic Party more broadly should seek means to underscore the importance of these matters with a public that appears desensitized to North Korean affairs. One option may be to link North Korean issues more explicitly to pocketbook concerns rather than to treat these two areas as distinct.