Commercial satellite imagery indicates the Nampho (Nampo) container port continued to handle cargo throughout 2020 despite North Korea’s border closure due to COVID-19. In contrast to the quiet cargo yards along the country’s land border with China, container volumes at Nampho fluctuated throughout last year, indicating the continued flow of international trade.

Nampho is North Korea’s largest west coast port and the closest major port to Pyongyang. Goods can travel from Nampho to the capital by motorway in a few hours.

North Korea closed its borders in late January 2020 at the beginning of the COVID-19 pandemic; however, in mid-March, two container ships were observed at the container wharf. One of the ships appeared to offload containers, and the other was loaded with containers. On March 20, vehicles were observed clustered around the unloaded containers, likely transferring cargo for onward journey. 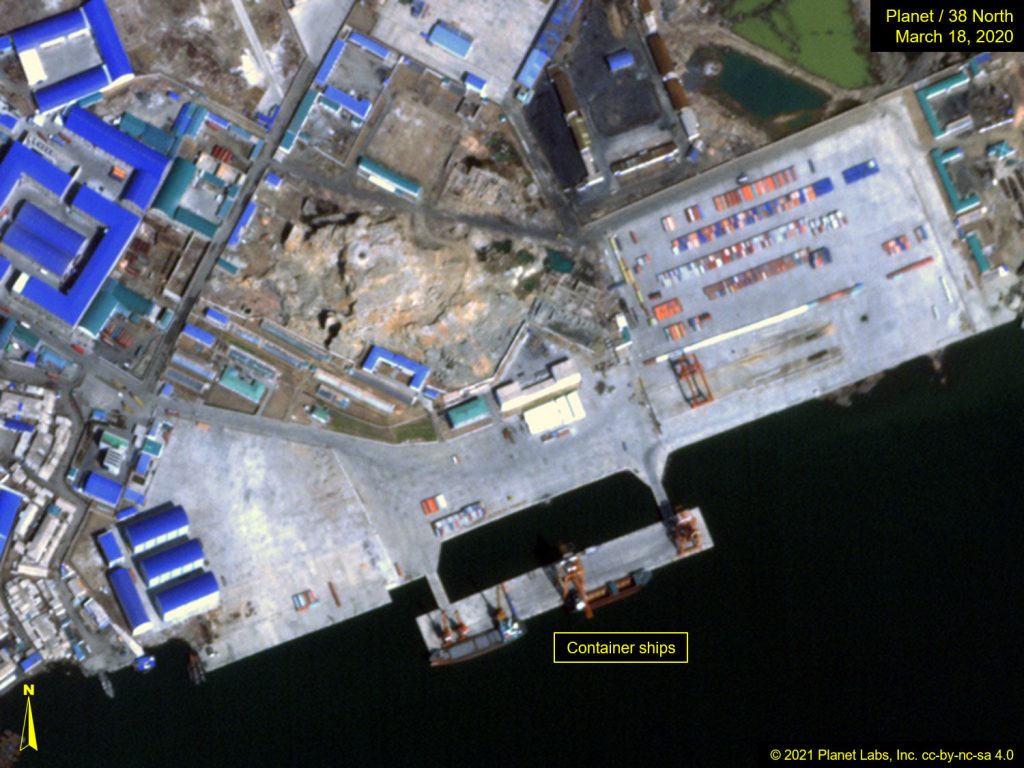 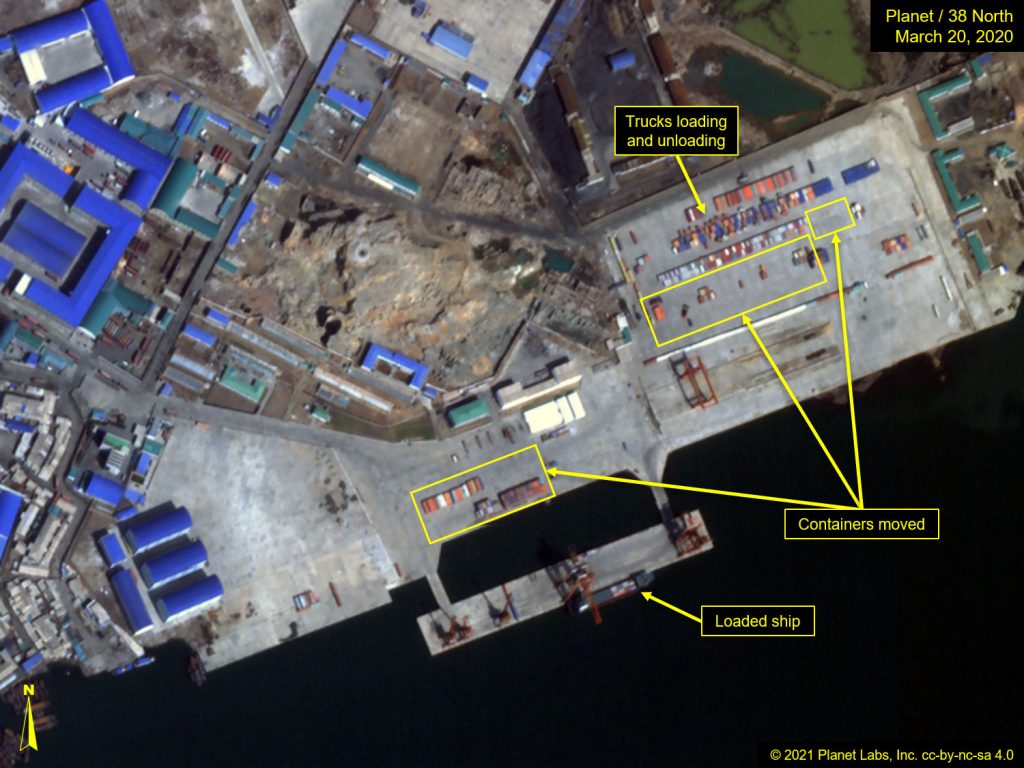 On April 3, the port was quiet, and only a few containers were observed on the dock. However, by April 10, a large number of containers had arrived and were stacked in the eastern dock area. The containers likely were unloaded from a ship in the week between the two images. While no ship was observed at the dock, several empty container ships were at anchor nearby. 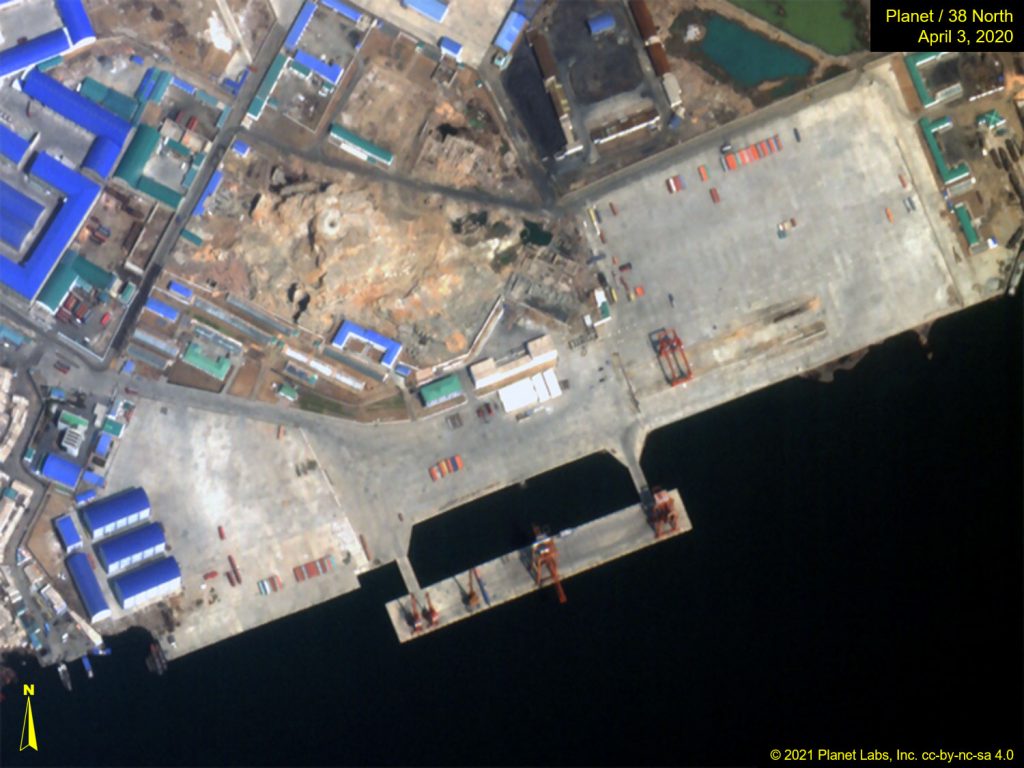 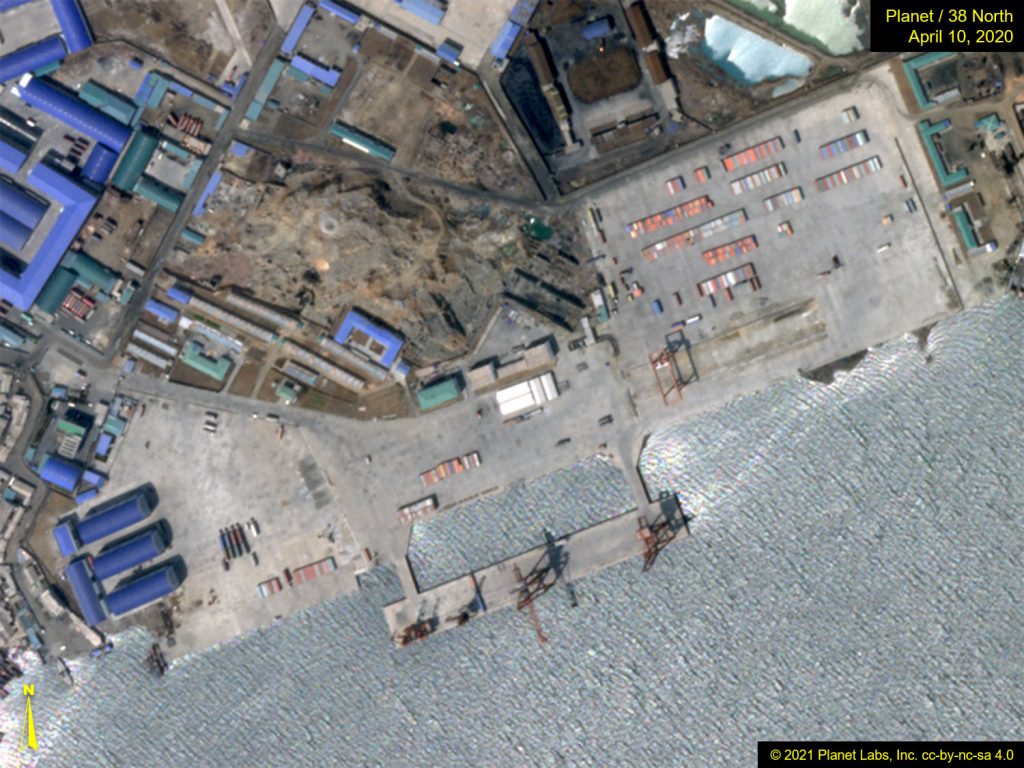 The containers do not appear to leave the docks area to travel further inland. The Nampho container port doesn’t have a direct rail link, making roads the only option for onward travel. In several images, trucks are visible backed up to the containers, suggesting cargo is loaded and unloaded at the port.

If this is the case, container volume at the port during the pandemic lockdown—while the borders have been closed and air traffic is severely limited—is indicative of the continued arrival and departure of container ships. It also provides a sense of the volume of import and export of goods.

Throughout May, June and July, container volume continued to rise and fall at the port. It should be noted that imagery during the late summer was sparse due to the rainy season and typhoons, making consistent monitoring difficult. However, even when container volume appeared unchanged, groups of containers were in different places in the port, suggesting continued activity.

In September, things slowed considerably. From September 13 until October 20, there was almost no movement of containers in the western yard. The biggest activity came in October when containers in the eastern yard were shifted to make way for construction work. 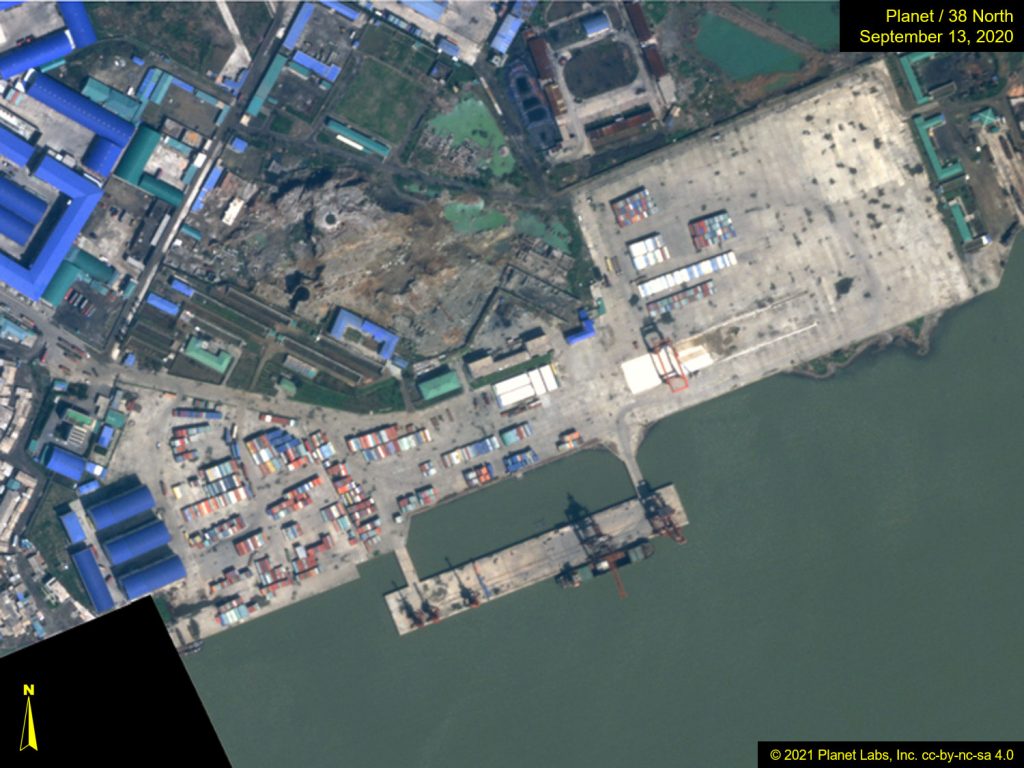 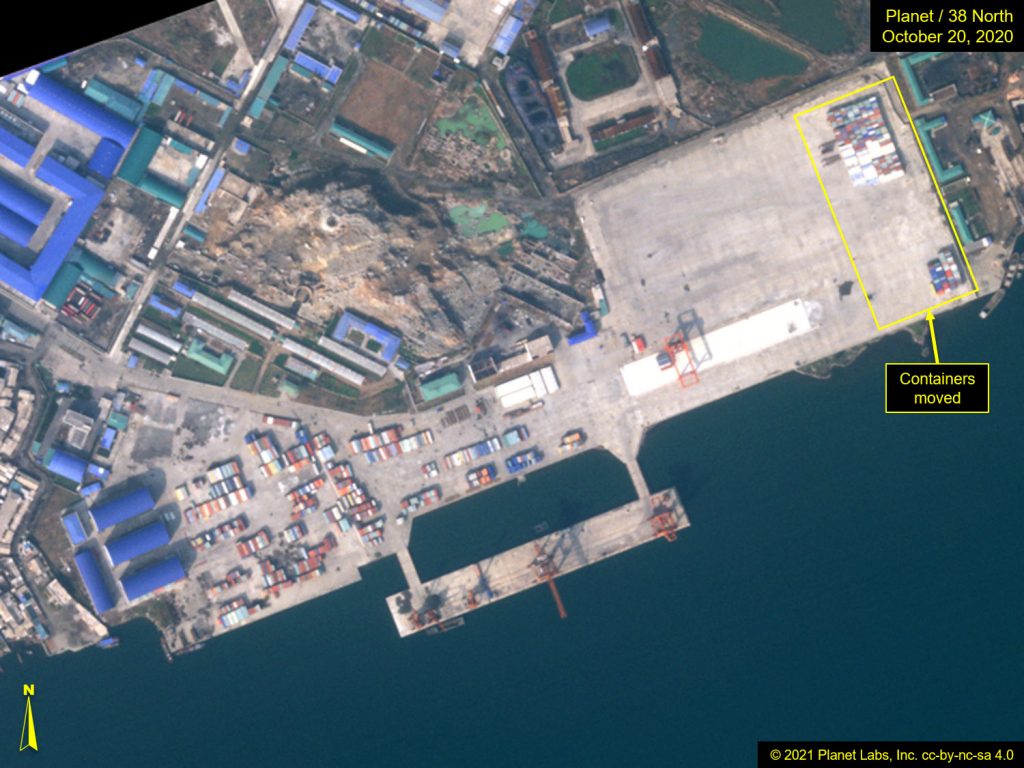 In late October, construction began on a large building in the eastern yard, measuring 122 m by 45 m, which is about the combined size of the four warehouses in the western yard. The new building does not appear to be a warehouse, but has internal walls that divide the building into large rooms. It is unclear what the purpose of those rooms will be.

The new building is the second expansion at the port in the last 12 months. In January last year, workers added a new container crane to the eastern yard and, in September, resurfaced the concrete underneath the crane. This crane is situated adjacent to the new building.

The last major work at the port on this scale was the construction of the four warehouse buildings in the western yard in 2017.

In the first half of the year, two new storage tanks were added to an area where preparation work had begun for eight tanks back in 2016. The other six tank bases remain vacant.

As reported earlier by NK News, a new three-tank oil terminal was constructed in an area about 500 m to the west of the main storage area. Preparations in the area began in late 2019, and the three tanks were in place by the end of the year. Pilings have been placed for a new offshore wharf.

In late 2020, preparations appeared to be underway for four additional tanks in the main storage area, with now four large tank bases present.

The work in 2020 is also notable because of the size of the tanks. Two of the three tanks installed in the west area are approximately 32 m in diameter, and the preparation work for the four tanks in the main area indicates they will be approximately 29 m in diameter. At present, other tanks at the site range between around 20 m and 25 m in diameter, so the new tanks offer significantly more storage capacity.