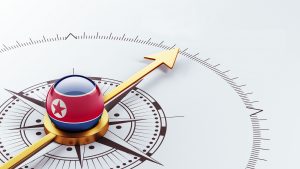 A popular refrain about the North Korean economy is that it is reverting to a command-and-control economy in the face of sanctions and pandemic isolation. An example is a Washington Post article from February, which claimed Kim Jong Un “turned his back on even modest economic and market reforms and reverted back to de facto Leninism, emphasizing central planning while trying to clamp down on the private entrepreneurial activity.” This claim reflects a misunderstanding of its current economic policy. Actually, Kim Jong Un’s economic reforms emphasizing markets and competition are continuing.

Kim’s major change in North Korea’s economic policy was to encourage competition. Previously, the Democratic People’s Republic of Korea’s (DPRK) production unit was responsible for only executing the production targets required by the country. Through a constitutional amendment in 2019, North Korea abolished the “Taean [alternative] Work System,” the doctrine of economic management of business in the era of a command-based controlled economy, and instead adopted “the socialist corporate responsible management system.” The new system gave companies actual management rights, creating an environment in which substantial competition could occur.

In the last few years, competition has been greatly emphasized and institutionalized throughout North Korea’s economy, and has reached the point where it is increasingly the consumers, rather than the state, that carry out corporate evaluation. As North Korea institutionalizes and protects the pursuit of profits as the principle of economic activity, firms strive to actively reflect residents’ demands and manufacture products that “can be sold.”

Some North Korean companies have taken advantage of the authority to make decisions, from product selection to sales and distribution, and are much more conscious about price, quality and innovation in order to gain a competitive advantage over rivals that produce similar goods. These companies also participate in exhibitions and fairs to promote their products and advertise in the media.

According to an article in the Rodong Sinmun, which introduced the annual exhibition of people’s goods held in North Korea, some of the most popular products on display are sold out, but less recognized goods remain unsold. The volume of goods sold and the reputation among consumers are considered indicators of a company’s competitiveness.[1]

The agricultural sector also shows elements of competition. Under Kim, North Korea has introduced “the individual vegetable garden responsibility system” (포전담당책임제), the agricultural equivalent of “the socialist corporate responsible management system.” In this system, individual farmers or a small group of farmers are in charge of each vegetable garden. In the past, North Korea did not refer to individuals as a unit of production and distribution. But to encourage farmers to voluntarily increase production, they can earn more income based on their performance.

North Korea asserts that each cooperative farm should establish and accurately implement evaluation methods and distribution principles based on an agreement of the cooperative’s farmers. Since 2018, the Rodong Sinmun has promoted competition by publicizing successful instances of the system’s implementation and the experiences of individual farmers who achieved high results. In order for this to be effective, performance fees must be paid accurately.[2]

There is no sign that these reforms were rolled back after Kim demanded “the state’s unified guidance” over economic work in the Eighth Party Congress in January 2021.[3] North Korean media, including the Rodong Sinmun, has not mentioned market control since the Eighth Congress of the Workers’ Party of Korea (WPK). A February video of Hyesan, a city on the border between North Korea and China, shows North Koreans are still engaged in economic activities in the market, not only in officially sanctioned markets but also in unofficial business transactions. This continued activity underscores that Kim’s statement was not about suppressing competitive markets and putting the economy under strict planning and control.

While it is true that Kim emphasized the “unified guidance and management” of the state in the recently held Party Congress, his reference means the Cabinet—which officially has the authority to control and coordinate the national economy in general—should have the practical authority over the economic units of other powerful institutions such as the WPK and the Korean People’s Army (KPA, North Korean military forces). These institutions have carved out sectors of the national economy for themselves, and arrogated privileges and preferential treatment that prioritized resources for their own sectors. Two examples stand out.

First, when the Cabinet attempted to increase thermoelectric power plants’ operating rate by channeling military-owned coal into the general economy, the military did not cooperate with the Cabinet’s plan, citing their special position. Kim fiercely denounced this as “unit specialization” and “self-centeredness,” and declared the Cabinet should guide all sectors related to the economy in a unified manner by law.[4]

Second, and more importantly, the Cabinet could not play a leading role in establishing this year’s economic plan. Accordingly, at the recent Eighth Central Committee of the Party, the director of the WPK’s Department of Economic Affairs—whose job was to give policy guidance to the Cabinet unit specialization—was replaced for not properly aiding the Cabinet’s control over the economy in order to favor of the WPK.[5]

Meanwhile, North Korea is seeking ways to strengthen the economic autonomy of corporations, contrary to the traditional central command planning model. At the last WPK meeting, the Cabinet was directed to boldly carry out projects to improve economic management measures. As a result, at the extended Cabinet plenary session held in February, the importance of guaranteeing the independence and creativity of corporate management activities emerged as the main item on the agenda. This meeting emphasized the need “to ensure [the] economic condition and legal environment for enterprises to independently and proactively conduct production and management activities, give full play to their creativity and promptly react to changing environment,” and for “improving the management control, [and] business administration.”[6]

In conclusion, it is a mistake to over-interpret Kim Jong Un’s remarks about the need to restore the state’s “unified guidance” over economic work as a return to a Leninist planned economy; it was, instead, an internal economic policy change to crack down on the rent-seeking behavior of the party and the military. Of course, the success of this approach is not guaranteed, but it is clear that Kim’s existing policy—which has increased market expansion and economic unit autonomy—is still alive and well.