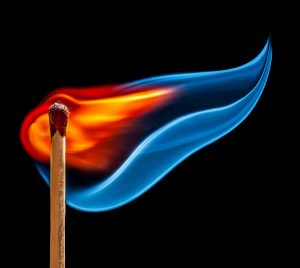 The Democratic People’s Republic of Korea (DPRK) reportedly fired two tactical cruise missiles into the contested waters of the West Sea (Yellow Sea) on March 21 in a tit-for-tat response to the just-completed US-South Korea joint military exercises. Pyongyang followed up four days later by test-launching two “new-type tactical guided” ballistic missiles eastward into the East Sea (Sea of Japan).[1] The launches were a stark reminder of what is in store if US-DPRK nuclear diplomacy doesn’t resume soon.

The question is how to get to the negotiating table.

Both Biden and Kim Need Negotiations

In the current political environment, what are the prospects for diplomacy with Pyongyang? President Joseph Biden is pursuing a long-sought US goal of denuclearization of North Korea. Kim Jong Un, for his part, still seems committed to what his father and grandfather wanted ever since the late 1980s: to reduce the North’s dependence on China and hedge against its rise by transforming relations with the United States. The only way for either leader to get what he wants is to resume and sustain negotiations and see how far they can get.

If Kim needs talks, why has Pyongyang failed to respond to Washington’s attempt to resume them? It’s doubtful that he has backed away from his forebears’ goal. More likely, he is playing hard to get, waiting for a conclusive sign that Biden is moving away from what North Korea calls “US hostile policy.”

What’s behind this reluctance? On New Year’s Day 2018, Kim announced a significant concession—a unilateral moratorium that slowed development of a credible nuclear threat against the continental United States by suspending nuclear weapons tests before the North had a proven thermonuclear device and halting long-range missile test launches before demonstrating an intercontinental ballistic missile (ICBM) with a reentry vehicle to deliver it.[2]

From Pyongyang’s vantage point, Washington has yet to reciprocate.

Asked about the administration’s review of North Korea policy during his consultations with Asian allies, Secretary of State Antony Blinken was careful to remain noncommittal: “We’re looking at whether various additional pressure measures could be effective, whether there are diplomatic paths that makes sense.”

Kim Jong Un has warned that he no longer feels bound by the self-declared moratorium on nuclear weapons and long-range missile testing, but he has still not resumed such tests. Ratcheting up pressure on him will likely be counterproductive. If he does continue them, the North’s ability to develop, produce and field more and better weapons would only add to its superior leverage. By contrast, US sanctions pressure is increasingly leaky, especially since Beijing, well aware of Kim’s desire to woo Washington, is reluctant to tighten the economic noose.

We have already declared our stand that no DPRK-U.S. contact and dialogue of any kind can be possible unless the U.S. rolls back its hostile policy towards the DPRK…We will readily react to the sanctions leverage which the U.S. is so much fond of. It had better contemplate what we can do in the face of its continued hostile policy toward us. We already clarified that we will counter the U.S. on the principle of power for power and goodwill for goodwill.[3]

It is not clear what Kim will take as evidence of a change of heart in Washington.

The principles of the Singapore Joint Statement have the North Korean leader’s personal imprimatur, making them a useful starting point for considering what steps to take. Those principles need to be reaffirmed by Biden and backed up by concrete measures.

Kim’s sister, Kim Yo Jong, recently highlighted the most obvious step: suspension of joint US-South Korea military exercises. The allies just concluded tabletop drills but, blaming COVID-19, held off exercising substantial armed forces in the field. They could commit to withholding all field exercises on the land, offshore, or in the air over Korea for a year—or longer if negotiations are making progress. Whether that would satisfy the North Koreans is not clear. Kim Yo Jong put it this way: “They say that the drill involves no actual maneuvers with its scale and contents drastically ‘reduced’….We have opposed the joint military drills targeting the compatriots but never argued about their scale or form.”[4] Last week’s launch of short-range missiles appears to be a shot across the bow, implying Pyongyang may not tolerate even tabletop exercises on Korean soil.

A meaningful step would also be to follow up the Singapore Joint Statement with a pledge to work toward what former Secretary of State Mike Pompeo once called “a fundamentally different strategic relationship” with North Korea. That pledge could be underscored in a letter to Kim Jong Un from Biden reiterating the commitment Pompeo made to him in a face-to-face meeting in October 2018: to negotiate an end-of-war declaration, as the starting point of a peace process in Korea.

Another possible step might be to pledge to ease some economic sanctions by allowing exemptions from United Nations Security Council sanctions to permit the reopening of the Kaesong Industrial Zone or the import of some oil by the North and/or the export of coal or textiles for two years, or as long as negotiations are moving ahead.

Communicated in a letter from Biden to Kim, such an initiative would constitute a clear move away from enmity and fitting reciprocity for the North Korean test moratorium, as well as significant inducements to serious and sustained negotiations.

While such a dramatic gesture may enjoy a warm embrace from the Moon Jae-in government in Seoul, it would doubtless prove contentious inside the Beltway. Yet, if Biden is to head off an unbounded nuclear breakout in Asia, the audience he needs to convince is, like it or not, in Pyongyang. A bold move would match the courage Biden has demonstrated in his domestic policy.

There’s no guarantee that early actions would be seen as enough or whether Kim Jong Un might just demand further concessions. However, putting Biden on a slippery slope toward confrontation instead of negotiating in earnest would jeopardize the negotiations he needs, abandoning the regime’s long-time goal of reconciliation with Washington and leaving it nuclear-armed but politically and economically more dependent than ever on Beijing.