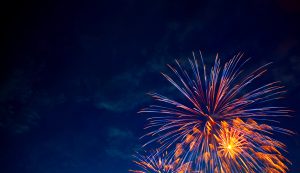 As I walked across the restaurant, Inspector O took off his mask and smiled faintly.

“And you, Church.” He paused. “Maybe a little the worse for wear, but still younger than springtime.”

I hesitated. He said that for a reason, and I couldn’t think what it might be. “That’s a song, you realize.”

“Ha! I know my Rodgers and Hammerstone, don’t worry. I thought a reference to the South Pacific might get your attention these days. I was right.”

He nodded. “Good, you’re a regular jukebox. Remind me to bring along something from My Fair Lady next time.” He held up his hand before I could get too far into my version of The Rain in Spain. “Yes, with this damned COVID, it’s been much too long. You don’t have a fever?” I shook my head. “Well, then, I must thank you for coming all this way.”

“Not a problem, my friend. I’d always hoped to be this close to the Finnish-Russian border. Imatra is charming.”

“Good, good.” O suddenly seemed out of sorts but was clearly trying to be sociable.

“All good with you?” I thought it might be wise to stick to social niceties.

O stiffened noticeably. “Not my bailiwick, Church, you know that. I have other fish to fray.”

“Look, we all realize it’s not the ideal situation, small country invaded by a big country. But you people would know all about that.” He smiled, obviously regaining his composure.

I looked at my watch. “Shall we get down to business? I have a meeting at 3 p.m. with the local SVR guy.”

O laughed. “Yes, and I have a date with Marilyn Monroe.” He took something out of his pocket and unrolled it on the table.

“I’m guessing you have questions,” I said, trying to read it upside down.

“I do.” He looked around the restaurant. It was mostly deserted. An ill-matched couple in the corner was pretending to look into each other’s eyes. “You know them?” He nodded slightly in their direction.

“Never saw them before.”

“Well, what the hell. Here,” he turned the paper so I could see it for a couple of seconds before turning it back. “Serious business.”

“Holidays,” he lowered his voice. “We need to talk holidays.”

“There is a problem. There aren’t enough days.”

“Let me make it simple. Our technical people need to test. Missiles, nuclear weapons, whatnot. They can’t be constrained. They have schedules, and they are serious about their schedules. There are others,” he looked toward the ceiling, “who understand schedules but think timing is critical, the pinch of salt that makes the meal delicious as it were. Maybe more to the point…”

“We know your side likes to imagine tests are pegged to holidays. We hear there are wagers.”

“Well, there aren’t enough holidays, not that we can find anyway. We need at least one a month, more if we can get it. Our access to calendars is limited, apparently, they’re on some sanctions list somewhere, and it turns out the Foreign Ministry people,” he paused and coughed delicately, “who should know these things have, how shall I put it, limited scope.”

“And you expect me to supply some holidays where your people couldn’t?”

“No, I’ve done all the work, most of it anyway, I just need to bounce some ideas off you.”

I groaned softly. “OK, what have you got?”

“Let’s take July. What do you think?”

“No good, we’ve overdone that. At the very least, we need another holiday in July in case there is a rain day.”

“Perfect! I like it. The Academy of Defence Science people will like it. Nice touch. Tweaks the French a little as well.”

“May is a good month. Clear skies and all. I’ve already picked a winner.”

“No, I think May 24th, National Secretaries Day.”

“What kidding? The party secretaries have been grumbling, not enough attention to them. This will be perfect. Next year, a rocket launch on Secretaries Day, they’ll love it.”

I nodded, not knowing what to say.

“Of course, there’s also May 5th, World Hand Hygiene Day. Might fit with a statement after a nuclear test that says our hands are clean. Something along those lines.”

“What do you have for October. I hope you’re not going to say Halloween.”

He grinned, a very sly grin. “Did you know that October is National Cyber Security Month? That gives us a whole month to choose from. Of course, if that doesn’t work, October is also Country Music month, though I may have to fiddle with that.”

That might have been wry, but I didn’t want to give him credit, so I looked at my watch again. “Obviously, Inspector, you have this figured out. You don’t need me.”

“Just wait a bit, Church. The SRV won’t be going anywhere. That’s them making sheep’s eyes at each other.”

“Church, please, that’s my bailiwick. Just sit, I only have one or two more. The technical people are fixated on December for some reason. And don’t say Christmas.”

“OK, I won’t. Though you could take the twelve days of Christmas and launch something each day.”

“Say! That’s cooking with gas, Church. I like it. It beats National Donut Day.”

“You mean National Cupcake Day, don’t you? National Donut Day is in June.”

A cellphone buzzed. “Mine,” he said apologetically, “do you mind?” He took the phone—a Samsung—from his pocket and rolled his eyes as he answered the call. “What? Yes. Where? Now? On my way.”

“Don’t tell me, you have to go somewhere in the hurry,” I said hopefully.

“We’ll be in touch, Church. We have a few months left to ponder. There were plans for something in June, but that’s changed, and anyway, we don’t have a good holiday yet.”

He wrote it down. “Somehow I doubt it, but you never know.”

“Inspector, you said something about plans being changed this month? Like what, if I may ask.”

“No, no questions, no answers. But,” here he paused, a long pause, one freighted with drama, “but if you had contemplated a wager on a nuclear test in June, I’d advise against it. Just advice from an old friend.”

“No, you may not ask. But if you were to look at a calendar, you’d see who has the rotating presidency of the Conference on Disarmament in Geneva this month.”

“And? Church, think about it. The Foreign Ministry is fighting tooth and nail against a test this month. I even heard one of the vice ministers—I say not who—threatens to chain herself to the entrance of the tunnel until the end of the month to stop it. Ymmärtää?”

I shook my head.

“Google it. Do you good to learn another language.” He folded up the calendar and turned to go. “It was good to see you, Church. Though you’re no Ezio Pincer.”

“Pinza,” I shouted after him, “Ezio Pinza.” But he was already out the door.