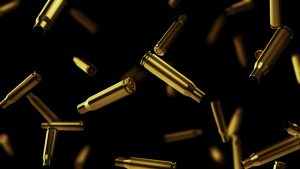 The United Nations’ (UN) sanctions on the Democratic People’s Republic of Korea (DPRK) prohibits UN member states from trading small arms and light weapons (SALW) with North Korea. This is aimed at curbing trading activities that could contribute to advancing North Korea’s military capabilities and generating revenue for its nuclear and missile programs. Open-source information analysis that uses a statistical trade database suggests that the UN arms embargo on North Korea is having the intended impact in general. However, the recent trends in North Korea’s SALW indicate areas that deserve attention from the international community, such as closely watching North Korea’s exports of SALW to countries that are striving for human security and political stability, and the reexport of SALW to North Korea by a UN member state via the Arms Trade Treaty (ATT.) This article provides a summary of the trends in North Korea’s SALW trading activities between 2009 and 2021 and discusses the potential impact of these imports and exports on international peace and security. It also offers policy recommendations for how to improve sanctions implementation in this area.

North Korea has been under the UN arms embargo since its first nuclear test in 2006. The UN Security Council (UNSC) adopted Resolution 1718, which imposes bans on the trade of heavy conventional weapons, such as battle tanks, warships and combat aircraft, with North Korea. In 2009, UNSCR 1874 expanded the measures on conventional weapons by sanctioning all arms and related materiel except for the export of SALW to North Korea. Exports of SALW to North Korea were later prohibited by the UNSCR 2270 in 2016. These sanctions also prevent UN member states from providing or receiving technical assistance, along with training and services related to the production, use and maintenance of arms and their related materiel.

In 2016, the UN Panel of Experts (POE) on North Korea identified several countries involved in potential SALW trades with North Korea by analyzing a trade database called the Harmonized System (HS), which consists of tariff nomenclature codes. For example, the POE found that Thailand’s trading records indicate that they imported 117,207 USD in goods, such as bombs, grenades, torpedoes, mines and missiles, from North Korea in 2009. Based on its findings, the POE initiated communications with the respective governments and verified that the nature of some of these transactions was not in violation of the sanctions.

Provided below is a summary of the data collected from the UN ComTrade Database that maintains HS-based data reported by UN member states. HS is a numeric coding system that allows customs agencies in different jurisdictions to identify what types of items are being traded. For example, the code HS 93 stands for arms, ammunition and related parts. The addition of two or four digits following “93” then further specifies traded goods, such as “9301,” which represents military weapons. This study presents aggregated trading volumes that fall under HS 93.

It is important to note that the findings in this article are not to be viewed as definitive evidence of sanctions violations, nor are they conclusive judgments on the issues related to these sanctions. The findings of this study are intended to serve as a starting point for further investigations. Plus, exporters can make mistakes in classifying their goods or identifying destinations and origins in export and import declarations, which will be discussed in detail later, along with the provision of some examples.

The total amount of SALW exports to North Korea has significantly decreased since 2016. Notably, no official SALW export records from 2019 through 2021 exist. The Philippines and Cyprus are the only countries to have transferred 69,347 USD and 19,382 USD of SALW, respectively, to North Korea between 2016 and 2018. The types of commodities exported by the Philippines include HS 9304 and HS 9305. The database indicates that Cyprus reexported HS 9303, while the origins of those arms remain unclear.

In regards to the procurement of SALW from North Korea, the total volume of imports by UN member states significantly decreased from approximately 3.5 million USD to 75,000 USD between 2009 and 2011, but since 2015 have been on the rebound. The main SALW importers whose total import amount exceeded 10,000 USD between 2015 and 2021 are Trinidad and Tobago, El Salvador, Niger and Fiji. The commodities most imported from the DPRK between 2015 and 2021 are those that fall under HS 9306—amounting to 813,644 USD, and the total amount of HS 93 for the same period is about 1.7 million USD.

The findings suggest that the adoption of the UN arms embargo on North Korea might correlate to the overall decrease in SALW trade with North Korea. It is possible that the measures on SALW have made it difficult for the DPRK to use regular international trading channels for trading SALW, while simultaneously making illicit SALW trafficking costly. Therefore, the arms embargo on North Korea may have achieved its goals of limiting North Korea’s ability to generate revenue and develop its military capabilities, at least to some degree. The recent rebound in SALW imports from North Korea implies that some UN member states have not been adhering to the arms embargo on the DPRK. However, this recent surge may also be on account of importers mistakenly attributing the origin of these transfers to North Korea, as explained below.

Fiji spent a total of approximately 2.5 million USD from 2019-2021 on SALW imports from North Korea. However, the data concerning Fiji for the period between 2019 and 2020 should not be viewed as evidence of it having violated sanctions. As shown in Figure 3, the UN database indicates that Fiji imported 37,570 USD of SALW from North Korea in 2011. Upon the POE’s inquiry about these imports, Fiji claimed that there was a mistake in the declaration process by attributing these imports to North Korea instead of their actual origin of South Korea. The UN database shows similar transfers of SALW to Fiji by South Korea between 2019 and 2020, albeit with slight differences in the totals and types of goods. As such, the POE should first consult with Fiji to confirm the origin of 2019-2020 SALW imports and identify the nature of trades in 2021.

Figure 5. Potential SALW Transfers to Fiji by South Korea and North Korea From 2019-2021.

The excessive accumulation of SALW by a country could intensify regional or domestic instability, especially when they are exported to a country where the national authority is faced with challenges in coping with internal conflicts, high levels of crimes and violence, or illicit arms trafficking. Between 2015-2017, North Korea exported 59,858 USD, 37,544 USD and 38,660 USD of SALW to Niger, El Salvador, and Trinidad and Tobago, respectively. The types of SALW exported to El Salvador were mostly bombs, grenades, torpedoes, mines and missiles, while HS 9304 were the major commodities exported to Niger and Trinidad and Tobago.

Figure 6. Estimated Exports of SALW by North Korea to El Salvador, Niger and Trinidad and Tobago.

Niger and other countries in the Sahel region have suffered from humanitarian crises caused by armed groups in the region and illegal SALW trafficking since 2011.[2] El Salvador has a high murder rate, and the Salvadoran military is known to often sell surplus SALW to local cartels and other criminal groups. The increase in homicides involving SALW has also been a significant concern for Trinidad and Tobago, and the government has made efforts to control firearms. It is unlikely that North Korea has conducted a thorough risk assessment of these identified SALW transfers, given its track record of opposing the adoption of the ATT, which requires enhanced due diligence in the transferring of arms to a region where the risks of terrorism and human rights violations are high. In this regard, the POE should initiate consultation processes with the respective governments to confirm and enhance their sanctions compliance, which can also contribute to their political stability and ensure human security. Moreover, the customs agencies in those countries need to improve their risk profiling capabilities.

Reexport of SALW to North Korea by Cyprus

For the first three scenarios, the POE may need to initiate a consultation process with Cyprus to identify the nature of the SALW reexports to North Korea. Additionally, member states that exported HS 9303 items to Cyprus between 2017 and 2018 may need to seek clarification from Cyprus to ensure that its exports were not diverted to the DPRK. The UN database indicates that 26 member states exported items under HS 9301-HS 9305 to Cyprus between 2017 and 2018. Most of them are ATT parties, which means that they are required to maintain SALW transfer records for a minimum of 10 years and are encouraged to share information with other ATT parties or the Secretariat. Those who have not signed or ratified the ATT, such as the United States, Russia and Turkey, may need to conduct bilateral consultations with Cyprus. Most importantly, Cyprus needs to review its reexport records and national reexport control system to identify any potential weak links.

Regarding the fourth scenario, the UN database does not show any record of South Korea importing HS 9301-HS 9305 items from Cyprus between 2017 and 2018. This means it is unlikely that Cyprus made a mistake due to confusing South Korea and North Korea with one another when declaring the destination for the reexport of SALW. However, Cyprus might have misclassified non-SALW items as HS 9303, which only can be verified by Cyprus itself.

In terms of the fifth scenario, it is possible for UN member states to export items under HS 93 to North Korea, as there is no consistent understanding among different member states of what SALW are. For example, the POE consulted with China on its exports of HS 93 items to North Korea (shown in Figure 2), and China claimed that it does not view hunting rifles and guns for competitions as SALW.[4] Likewise, Cyprus might have considered what they exported to North Korea not to be items that fell into the category of SALW. In this regard, the sanctions committee must define the exact scope of SALW subject to sanctions.[5]

Figure 7. Estimated Total Exports of Items (HS 9301-HS 9305) to Cyprus Between 2017 and 2018 (The triangles in the ATT column indicate the countries that signed but did not ratify the treaty).

The UN arms embargo on North Korea may have contributed to achieving its goal by making North Korea’s trading of SALW costly and having to rely on illicit procurement channels. However, based on this analysis, there are still implementation challenges that need to be addressed to improve compliance with the sanctions and the ATT. This means ensuring that UN member states’ SALW exports are not diverted exports to the DPRK, enhancing their import and reexport controls, sharing information among countries to guarantee compliance with the sanctions and the ATT, clearly defining the SALW that are subject to the sanctions on North Korea, and practicing sound record keeping.