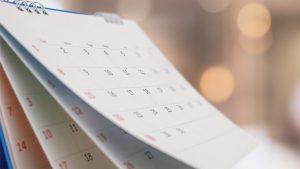 To be summoned to a meeting so soon after our last one was unusual, so I figured it must be terribly important. Inspector O was specific; it had to be in Texas. He was sitting on a bench in an otherwise deserted park in the middle of a blizzard. He smiled broadly as I approached.

“You realize how cold it is out here?” I moved off a pile of snow beside him and sat down. “What is this about, and it better be good. It’s colder than a well digger’s toenail out here.”

“Couldn’t be better,” he smiled again. “We’ve been waiting for something like this, a target to shoot at. Now we have a countdown underway. Everyone in the Politburo has been given one of these calendars and a generous supply of pens to mark off the days.” With both hands, he hefted a bulky calendar from his briefcase. “Pens and ink we have, but it wasn’t easy finding so much paper in the hurry. Someone suggested using the remaining C-note paper, but that got nixed. There are very precise instructions about not hanging these monsters on the walls. Too liable to fall off and crush someone.”

“You wanted me to come all this way in the cold to look at a calendar?”

“No, actually, I’m supposed to ask you why a million years? Why not two million? I mean, we can creep on our pretty pace…”

“As long as it takes, we are very patient people, as you must know by now. Here, as you can see, we’re already well into the first week. Only 51 million or so to go. Two million would have put us at the edge of the two hundred thousandth five-year defense plan, which is a little past where the Munitions Industry boys want to go. So, what’s the deal? I told them you wouldn’t know, but they insisted you would even if you pretend you don’t.”

“I have to admit. I have no idea what you are talking about. And don’t give me that sloppy grin.”

“So, you don’t know. It figures. You must be behind in your reading. One of our South Korean cousins said the other day that the denuclearization policy won’t change in a million years.”

“Ah.” I paused, trying to work out how to say this gently. “That’s a figure of speech. It just means a long time.”

“Yes, well, I know that, and you know that, but the person who handed me my instructions didn’t. They almost didn’t let me on the plane carrying this much bulk, overweight carry on luggage, wheels first, the whole lecture. You want the calendar? Take it from me, a gift of the season. Sort of like the Twelve Days of Christmas, only longer. I have a couple of pens you can use to mark off the days. You can pass it on to your grandson when you throw off your mortal coil.” O stood up, brushed the snow from his coat, and threw a very expensive looking scarf around his neck. “I’m out of here. Assuming this weather doesn’t shut down the airport, which it probably will. I don’t think your air traffic system passes the mustard.”

“Cuts the mustard,” I shouted, but he had already disappeared in the storm.