Jong Un “highly appreciated the efforts of the members of the delegation and other suite members” and shook hands with them.  Kim Yong Nam “made the detailed report on the activities of the delegation including its participation in the opening ceremony of the 23rd Olympics and visit to Ch’o’ngwadae.”  Kim Yo Jong “who activated at the special instruction of Kim Jong Un” made “the detailed report on her contacts with the south side’s high-level figures such as President Moon Jae In [Mun Chae-in] and the south side’s intention and movement of the US side and others which she grasped through her activities.”

Kim Jong Un “expressed satisfaction” over the reports and said that “very impressive were the features of the south side which specially prioritized the visit of the members of the DPRK side who took part in the Winter Olympics including the high-level delegation making their possible and sincere efforts for the former’s convenience and activities and expressed thanks for them.”

He noted that “it is important to continue making good results by further livening up the warm climate of reconciliation and dialogue created by the strong desire and common will of the north and the south with the Winter Olympics as a momentum.”  Jong Un “set forth in detail the orientation of the improvement of the north-south relations” and he issued “important instructions to the relevant field to take practical measures for it.”

After the meeting wrapped up, Kim Jong Un posed for commemorative photos with the DPRK’s high-end delegation.

Photo arrays of the high-level DPRK delegation’s visit to South published on the front pages of the February 10 and February 11, 2018 editions of the WPK Central Committee’s daily newspaper Rodong Sinmun 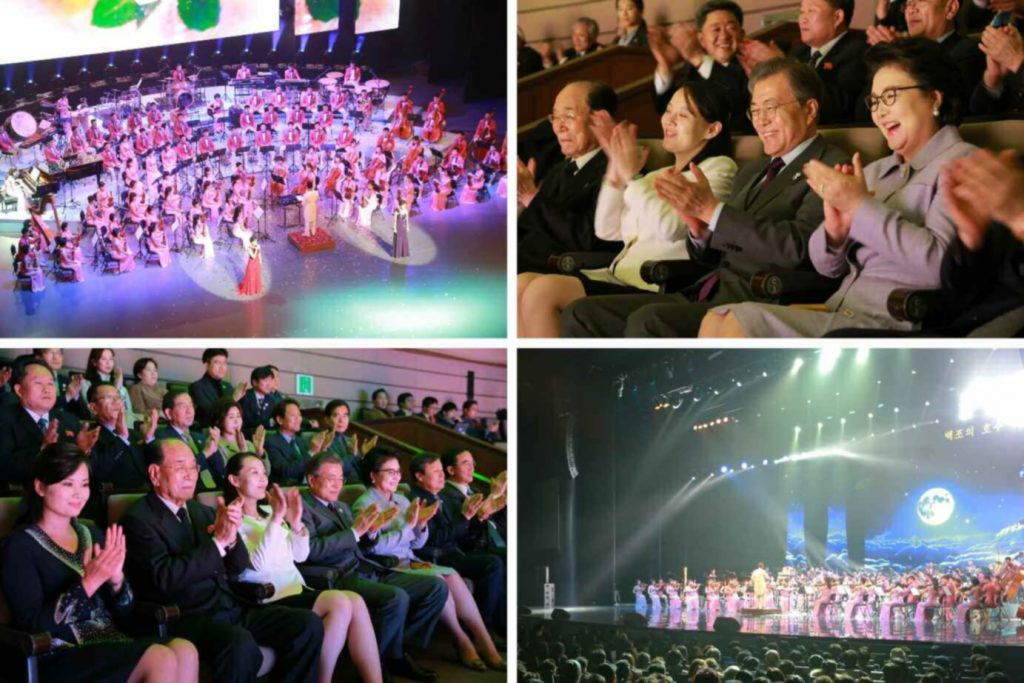 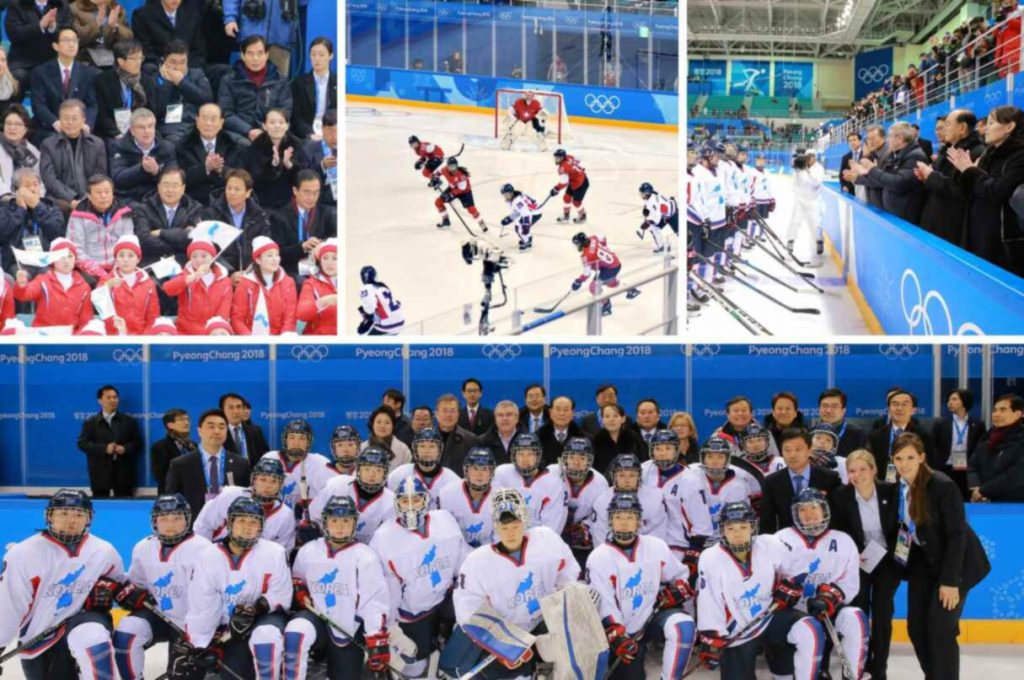 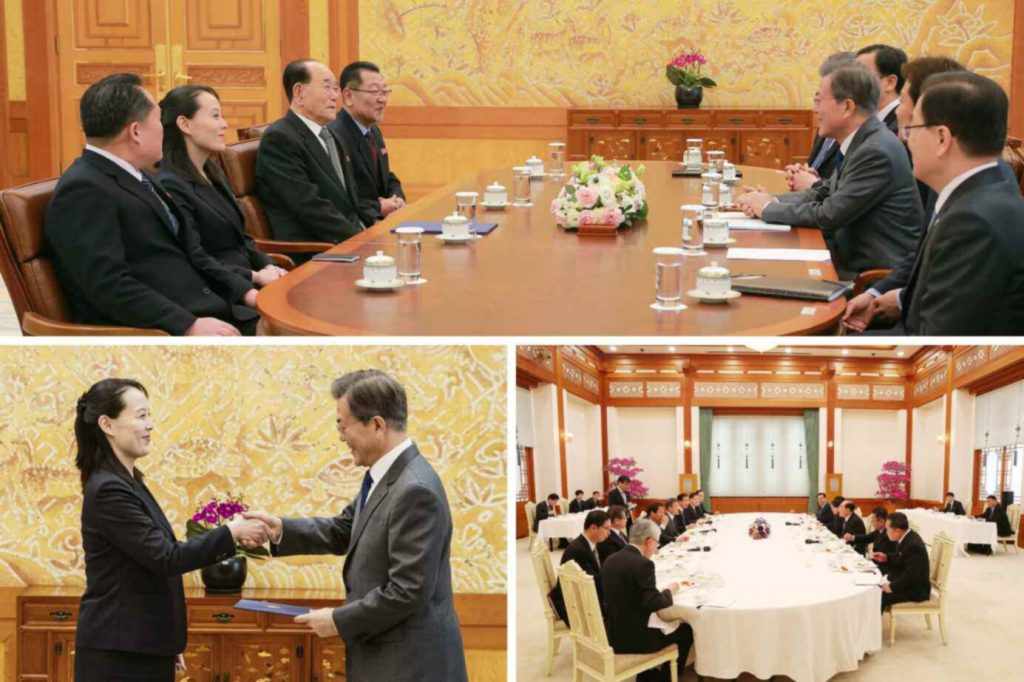 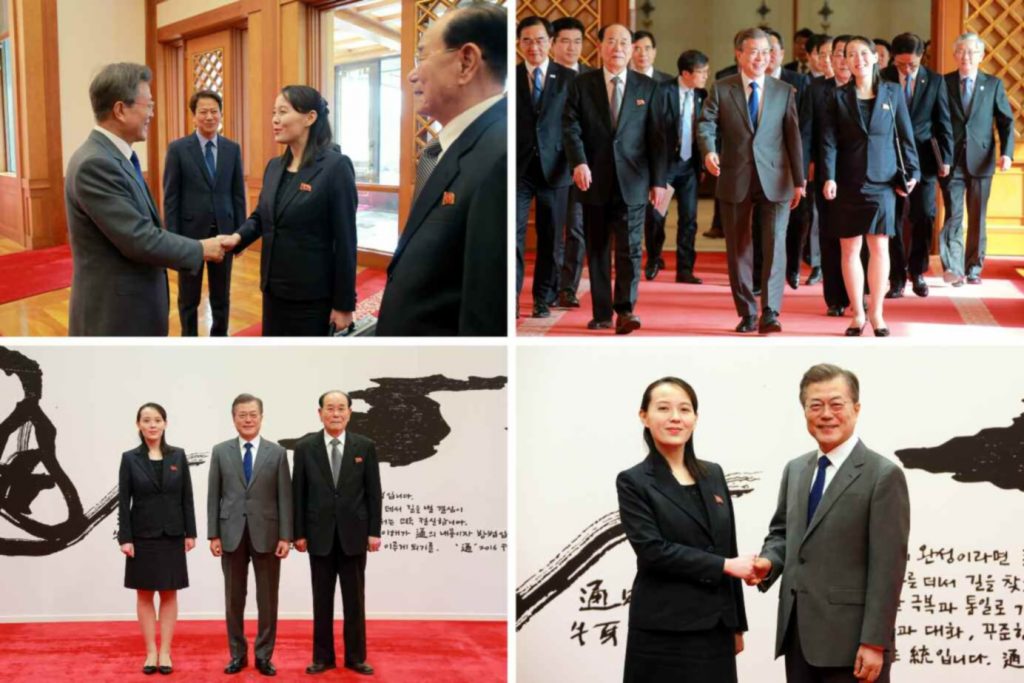 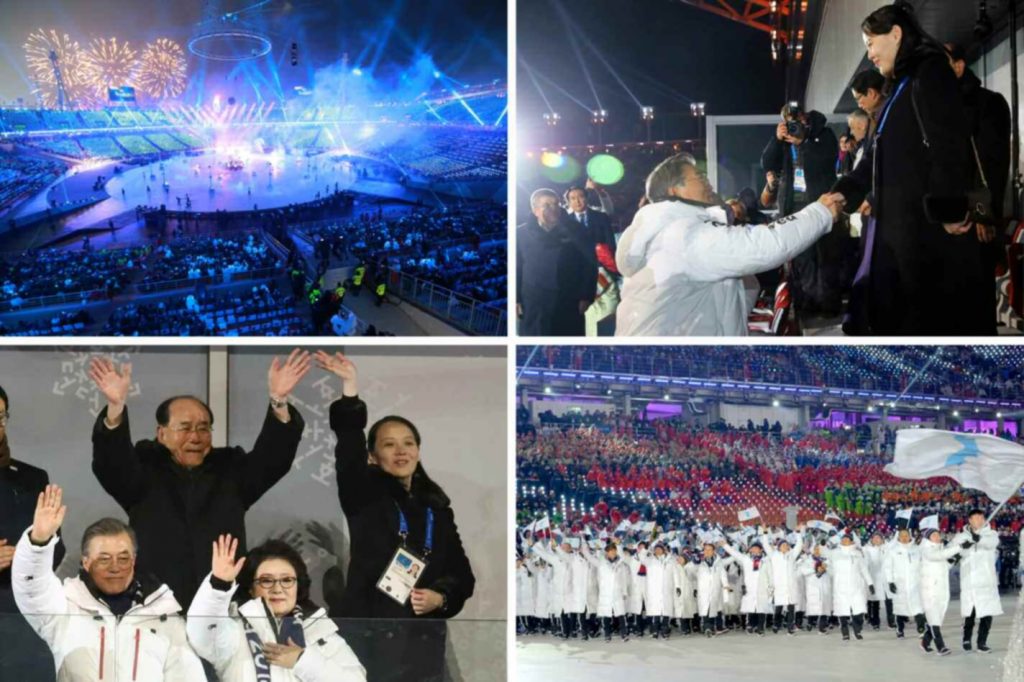 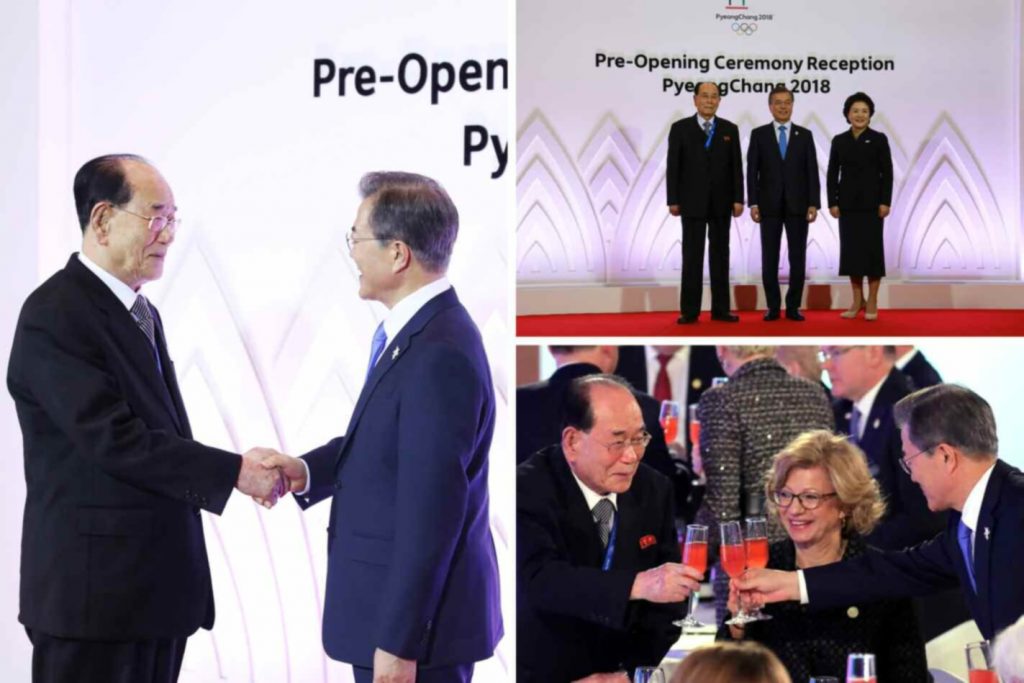 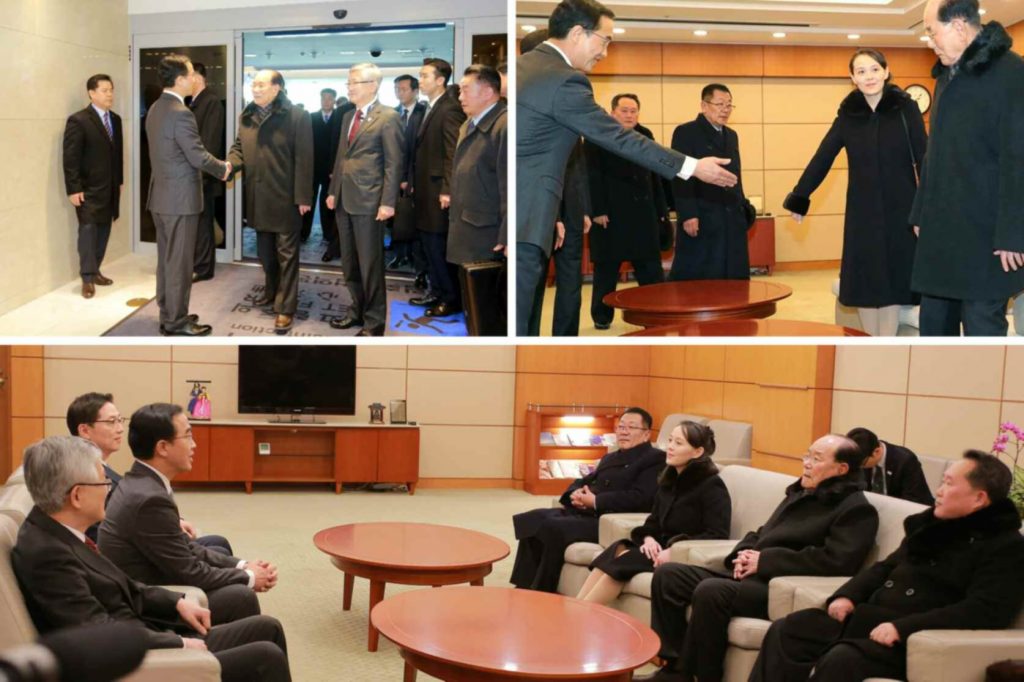 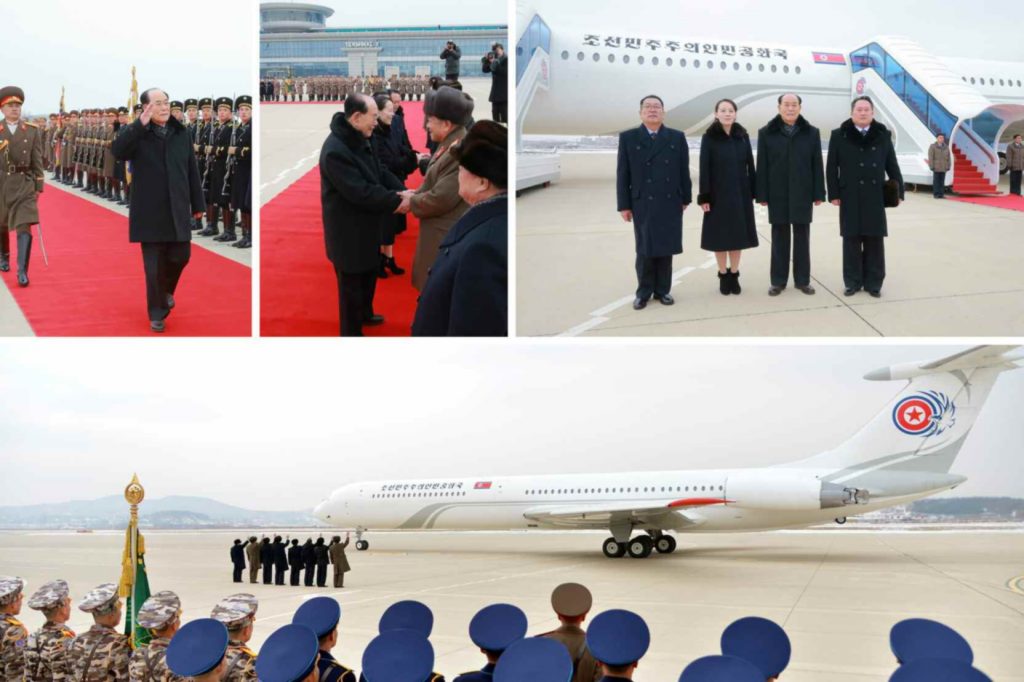