KJU’s last observed appearance was his attendance and chairing of the 1st expanded meeting of the 7th WPK Central Military Commission, on or around May 18 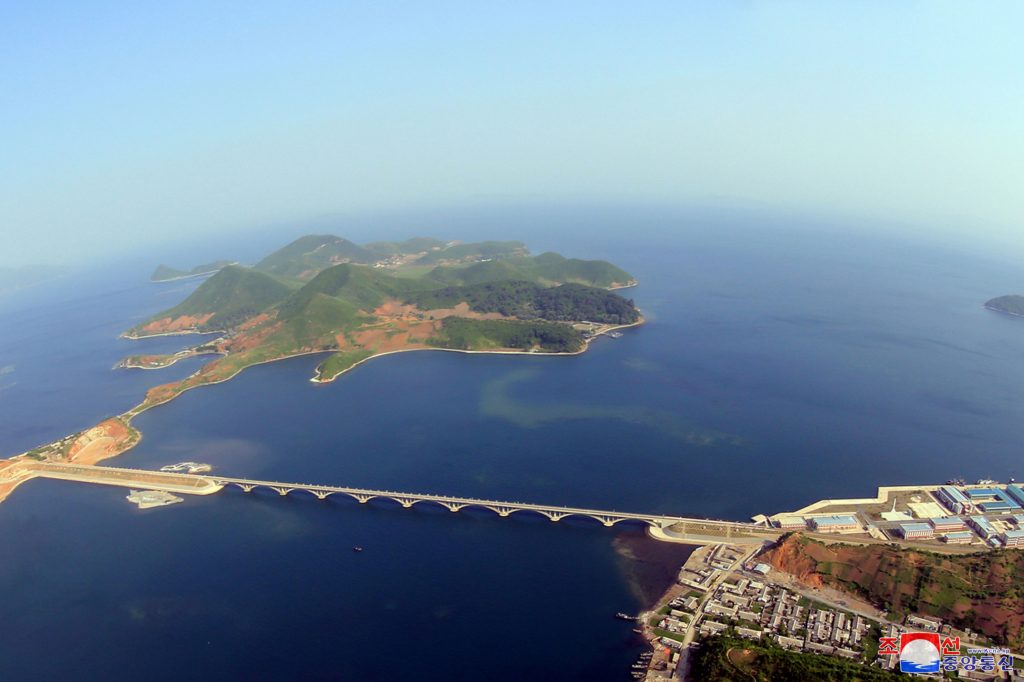 According to KCNA, “years ago, he unrolled a plan for building a large-scale fishing village zone in the areas of Koam, Tapch’o’n and Ch’o’nap’o favorable for developing the fishing industry and set forth the task for building modern Koam-Tapch’o’n Railways as a preceding process.  Builders, scientists and technologists successfully built a railway bridge across the rough sea of Sokjon Bay as a monumental edifice in the era of the Workers’ Party and thus hewed out an unprecedented new ground in the DPRK’s history of railway construction.”

Jong Un watched “the railways across the rough sea” and expressed “great satisfaction over them, saying with pleasure it was very wonderful…[like seeing an] art piece.”  The railway construction was “another problem about which the Party had been concerned that has been resolved.”  He noted that the “completion of the railways linking Koam with Songjon Peninsula opened up a broad avenue to rapidly hastening the construction of the Tapch’o’n fishing village zone as planned by the Party and satisfactorily transporting fish caught in the fishing village zone.”  Jong Un “highly praised the builders, scientists and technologists for having successfully carries out a difficult and enormous project with their own efforts.”

He appreciated that “they wonderfully designed the marine railway bridge in Sokjon Bay and carried out the construction qualitatively.”  Jong Un “repeatedly expressed satisfaction over them” and said “the longer I see them, the more pleasant I feel and they look prouder.”  He deemed it “another valuable edifice built on the east coast of the country.”  Kim Jong Un pointed out that “there is no impossibility for the Korean people dynamically advancing by dint of self-reliance and self-development, science and technology and they do what they make up their minds to do.”  He stressed “the need to create and develop everything our own way by relying on our efforts, technology and resources in the future, too.”

Jong Un said that “the completion of Koam-Tapch’o’n Railways is remarkable raising the revolutionary and working zeal of the Korean people dynamically hastening the grand march for economic construction true to the decisions made at the Third Plenary Meeting of the Seventh Central Committee of the WPK” and that “once again made the people being convinced of the powerful Chuch’e-oriented might of our state which making a steady leap forward on the firm basis of the self-supporting economy.”  He gave a “high appraisal of the exploits of the builders and officials who successfully completed the Koam-Tapch’o’n Railways through heroic struggle” and “gave thanks to them in the name of the Central Committee of the WPK.”