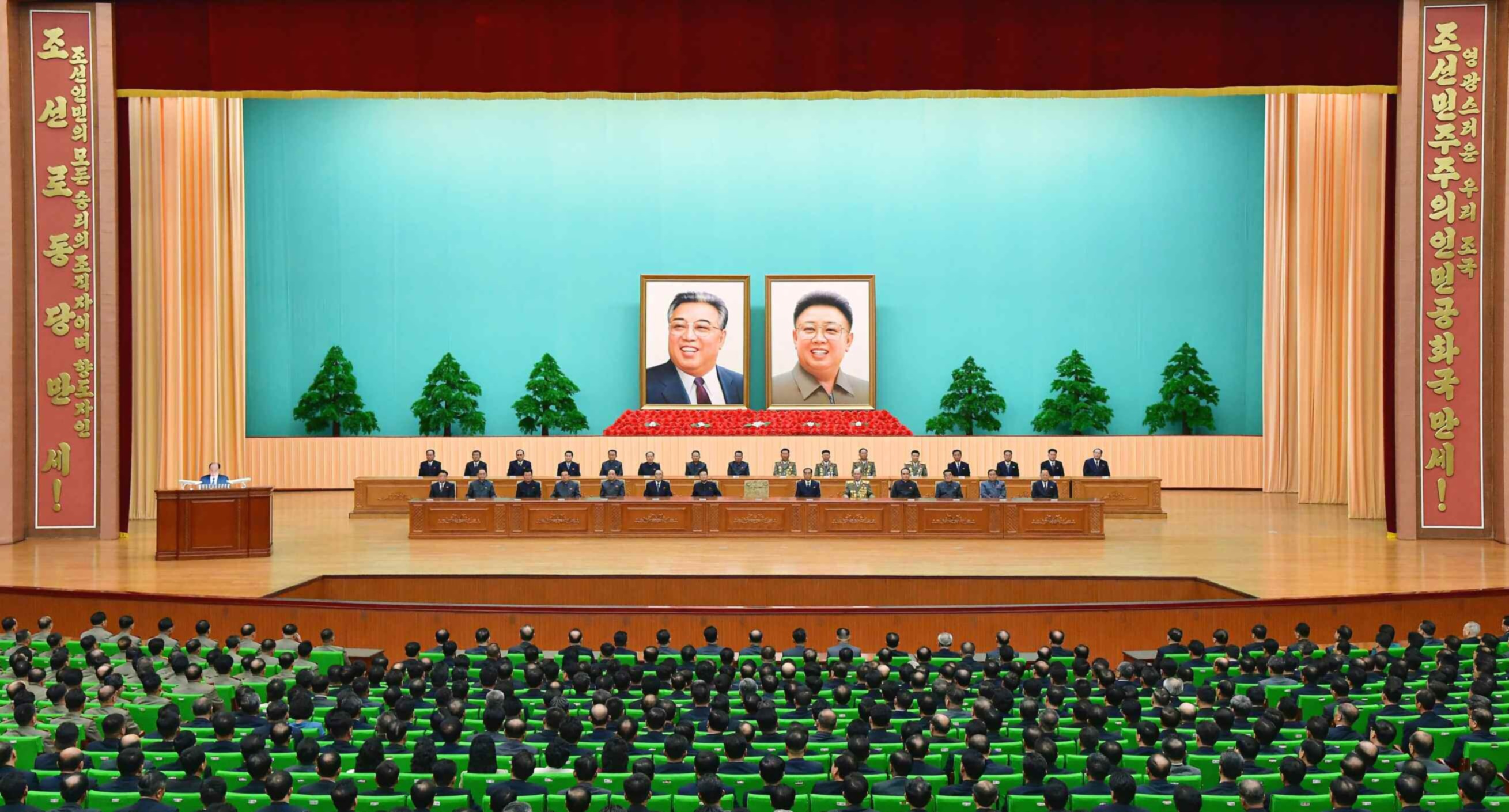 A meeting held to authorize a message to Kim Jong Un (Kim Cho’ng-u’n) to mark the 70th anniversary of the foundation of the DPRK was held at the People’s Palace of Culture on Friday (September 7).  The congratulatory message was jointly issued by the Workers’ Party of Korea [WPK] Central Committee, the WPK Central Military Commission [CMC], the State Affairs Commission, the Supreme People’s Assembly [SPA] Presidium and the DPRK Cabinet.

Kim Yong Nam read out the congratulatory which message which “extended the highest glory and warmest congratulations to the Supreme Leader of our party, state and army Kim Jong Un in reflection of the mind of all the people and service personnel on the occasion of the 70th birthday of the DPRK.”  The message noted that the Supreme Leader put forward it as the fundamental principle of building a power nation to strengthen the DPRK into the state of President Kim Il Sung (Kim Il-so’ng) and Chairman Kim Jong Il (Kim Cho’ng-il, successfully carried it out, and thus provided the foundation of eternal prosperity of Chuch’e Korea.”

The message also said that the “Supreme Leader also brough about a new turning phase in improving the north-south relations and carrying out the cause of national reunification and put the dignity and international prestige of the DPRK on the highest level through his prominent political caliber and energetic external activities.”  It “underlined the need for the people and service personnel of the People’s Army to dash like the wind toward the morrow of a socialist country as indicated by the Supreme Leader.”