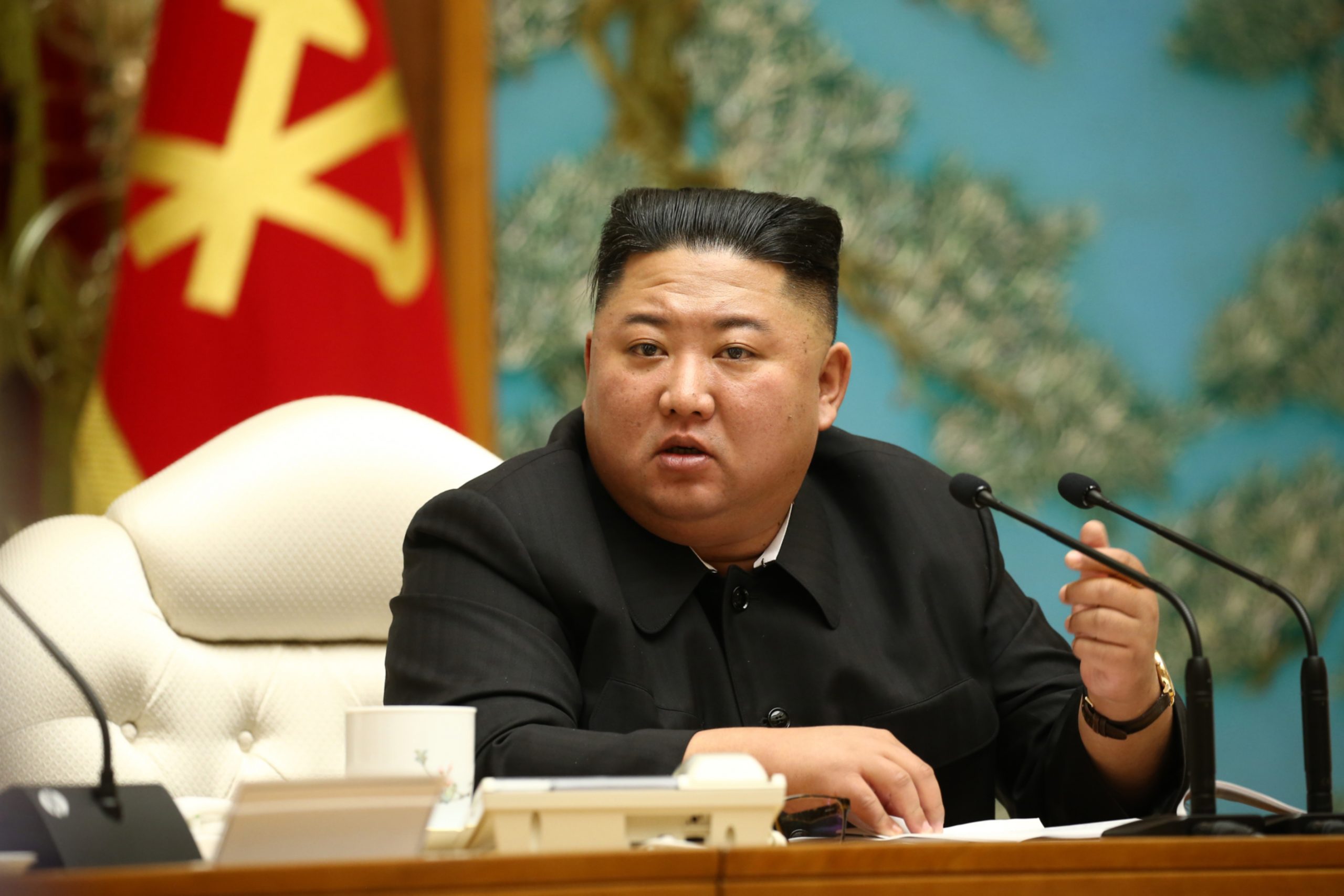 The Political Bureau had two agenda items.  First, a preordained decision to hold an 80-day speed battle ahead of the 8th Party Congress was announced through a report which “referred to the subjective and objective requirements for launching a fresh offensive under the current situation.”  According to KCNA :

Today all the Party members and working people are dynamically waging the final all-out campaign to celebrate the 75th founding anniversary of the Party as a great festival of victors.

Now we are faced with a heavy and responsible task to grandly hold the celebrations for the 75th founding anniversary of the Party we have prepared with much effort and greet the Eighth Congress of the Party to be convened at the outset of the new year with proud labor successes.

We have only 80 odd days until the Eighth Congress of the Party to be etched as an important political event of epochal significance in the development of our Party and revolution.

We have performed historical feats with our costly efforts, boldly overcoming unprecedentedly grave trials and difficulties this year, but we should not rest on our laurels.

We still face the challenges that cannot be overlooked and there are many goals we have to attain within this year.

It is our Party’s consistent mode of struggle to bring about greater successes and miracles one after another through a determined successive offensive and usher in a new heyday of the revolution and it is our people’s proud tradition of struggle to write a history of great change and work eye-opening miracles by waging an all-out campaign for the great socialist construction ahead of Party Congress.

The Political Bureau meeting stressed “that the remaining days till the Eighth Congress of the Party is the period of year-end struggle and also the last phase of carrying out the 5-Year Strategy for National Economic Development put forth at the 7th Congress of the Party, so that the entire Party and the whole country should wage another all-out campaign.” The Political Bureau made “a responsible and crucial decision to wage an 80-Day Campaign of the entire Party and the whole country so as to glorify the 75th founding anniversary of the Party as a great festival of victory and progress, proudly conclude this year’s struggle in elated spirit and greet the 8th Congress of the Party with high political enthusiasm and labor feats.” 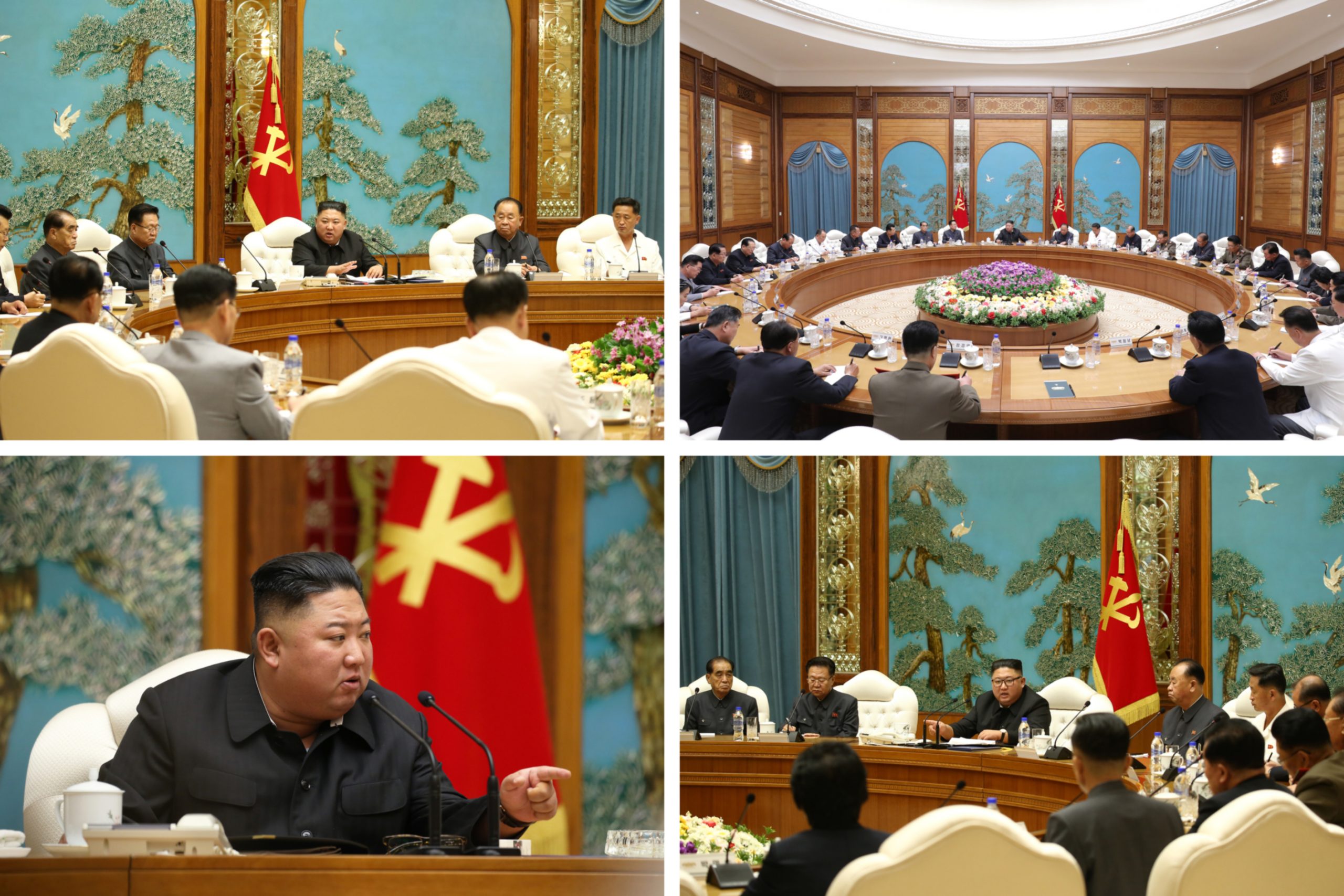 According to KCNA, the meeting “clarified the main purpose of the campaign and the key principle to be preserved and the goals to be attained by every sector during the campaign before studying in depth the detailed orientation and ways to thoroughly implement them.”  In support of the 80-Day Campaign the Party Central Committee will “send a letter to all Party organizations and members to encourage the entire Party, the whole country and all the people turn out in the 80-Day Campaign.”

The second and final agenda item was the announcement that the Party Central Committee and Party Central Military Commission and the State Affairs Commission in a joint decision bestowed the title of KPA Marshal (Inminguk Wo’nsu) on DPRK defense industry boss Ri Pyong Chol (Ri Pyo’ng-ch’o’l) and chief of the KPA General Staff Pak Jong Chon (Pak Cho’ng-chon).  Kim Jong Un “congratulated the recipients, requesting them to live up to the deep trust and expectations of the Party and people with great successes in their jobs.” 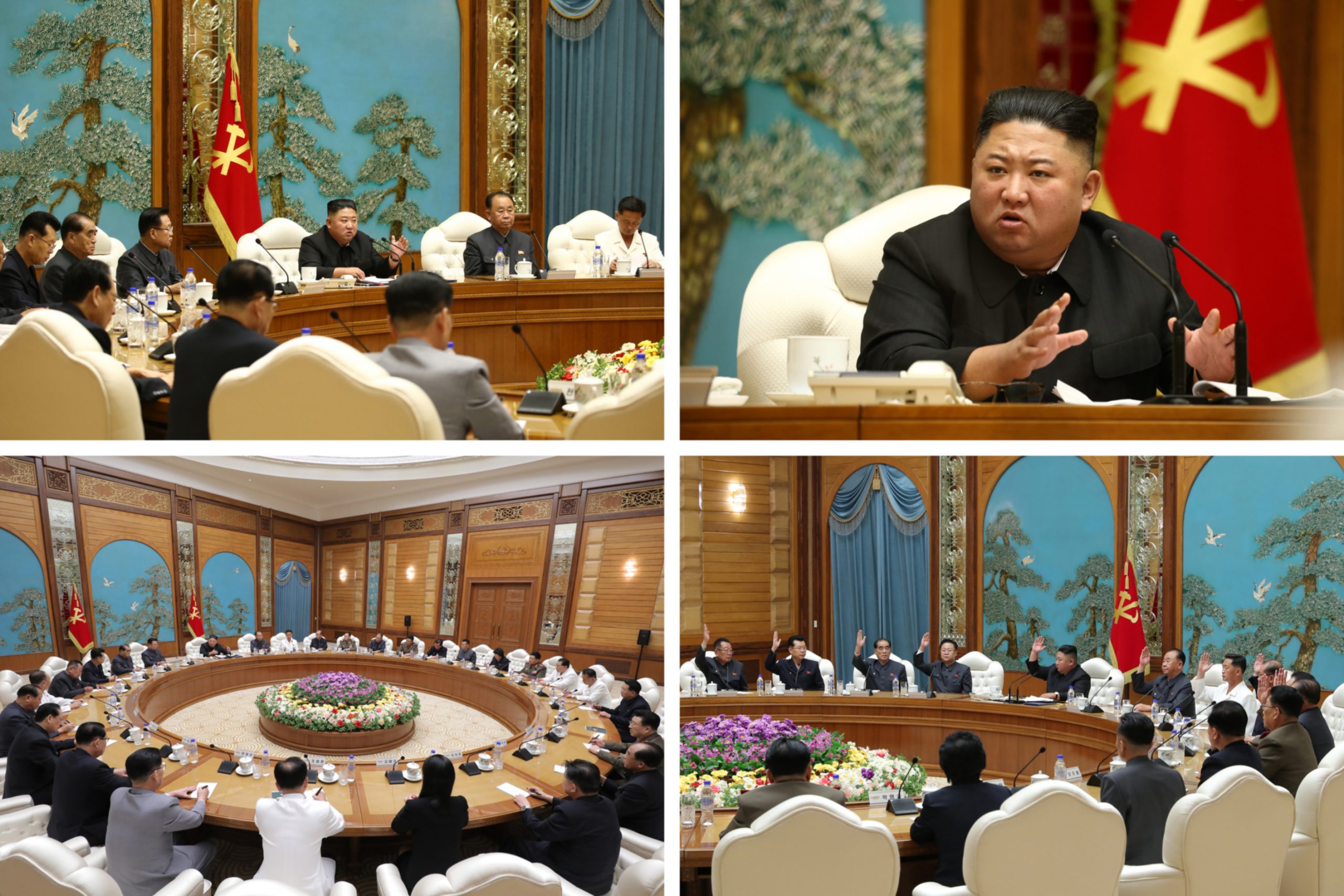 Kim Jong Un is leaning into the “speed battle” as he sets the table for the 8th Party Congress.  The early phase of his succession was marked by two of these “speed battles” and he initiated the Mallima Speed around the convocation of the 7th Party Congress in 2016.  It has a nice vintage KJI feel to it with tightened social controls, policy pressure among mid-level and central elites with the expectation (or high hopes, depending on where you sit in the hierarchy) that the regime will have a few, key projects to tout when the Party Congress convenes.  There is a dynamic in which DPRK political culture is making up for lost time.  Kim Jong Un cut the North Korean economy’s losses for 2020 during the summer and then had to contend with typhoon recovery efforts.  The 80-Day Campaign will probably involve various projects that were deferred to delayed due to the COVID-19 pandemic and KJU deciding to divert personnel and materiel to typhoon relief.  The question is what does he want from this campaign?  Is he looking for quality or quantity?  Another question to consider is what types of inducements and pressure will he exert on the oligarch (aka the Donju) cohort of elite North Koreans as the 8PC draws near? 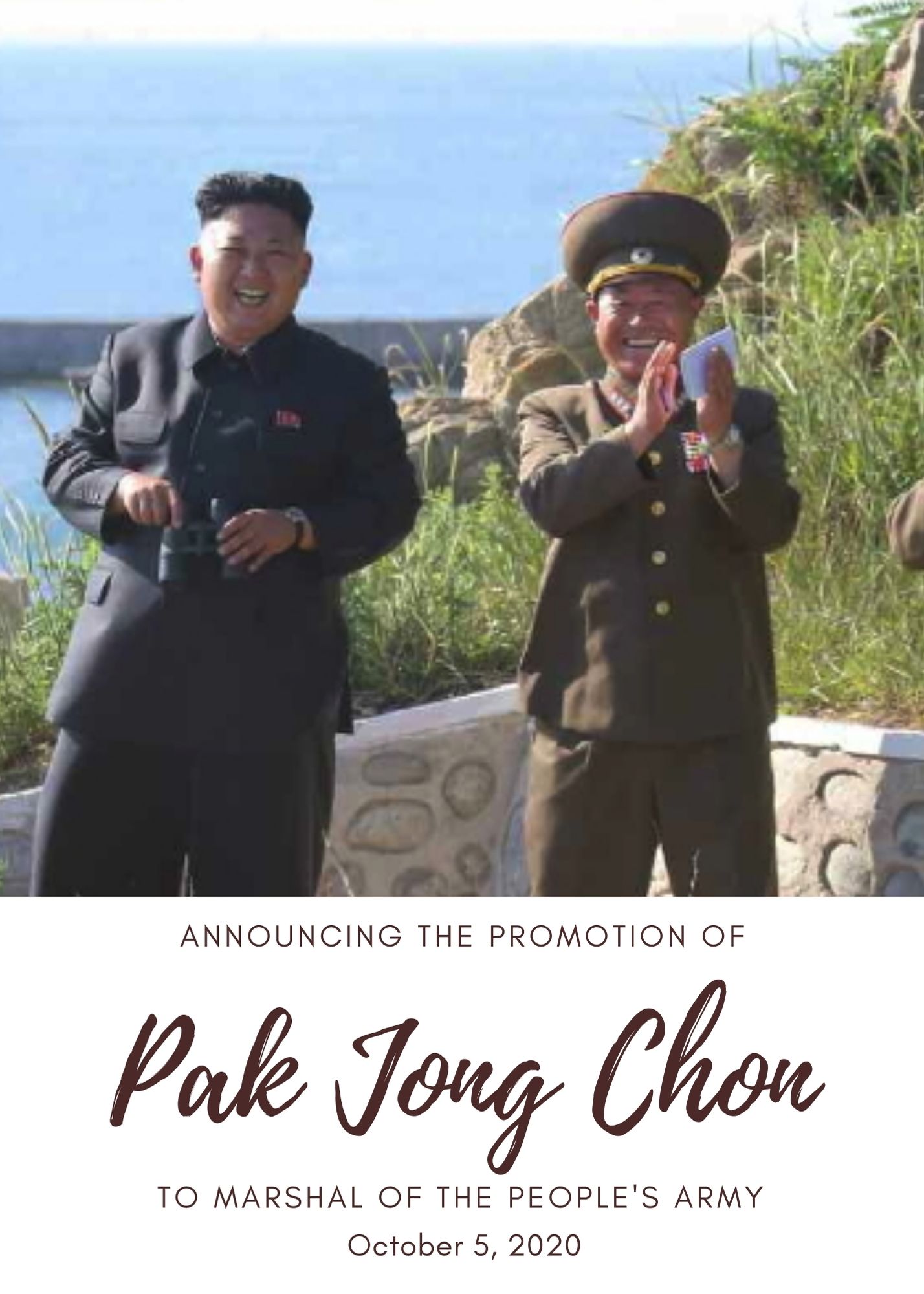 KJU appears to have redefined the appellations of Marshal and Vice Marshal.  These ranks have really been honorific titles for elderly revolutionary heroes.  In the 2000s and 2010s one could see Vice Marshals having to salute and defer to four-star Generals.  Kim Jong Un initially followed the precedent set by KJI and appointed retired KPA high command fixtures Kim Yong Chun and Hyon Chol Hae as Marshals.  Until October 2020, Hyon was the only Marshal other than a certain supreme leader.  Ri Pyong Chol and Pak Jong Chon are active officials who, barring some incident of Pyongyang nastiness, will be at the center of power for at least the next five years.  This is certainly a prestige position (and the more astute Pyongyang watchers like our very good friends Ken Gause and Markus Garlauskas might ponder if Ri Pyong Chol is the new O Kuk Ryol), but it remains to be seen if there is some degree of substantive heft with the title or if we are dealing with Political Bureau Presidium dynamic of first among equals. 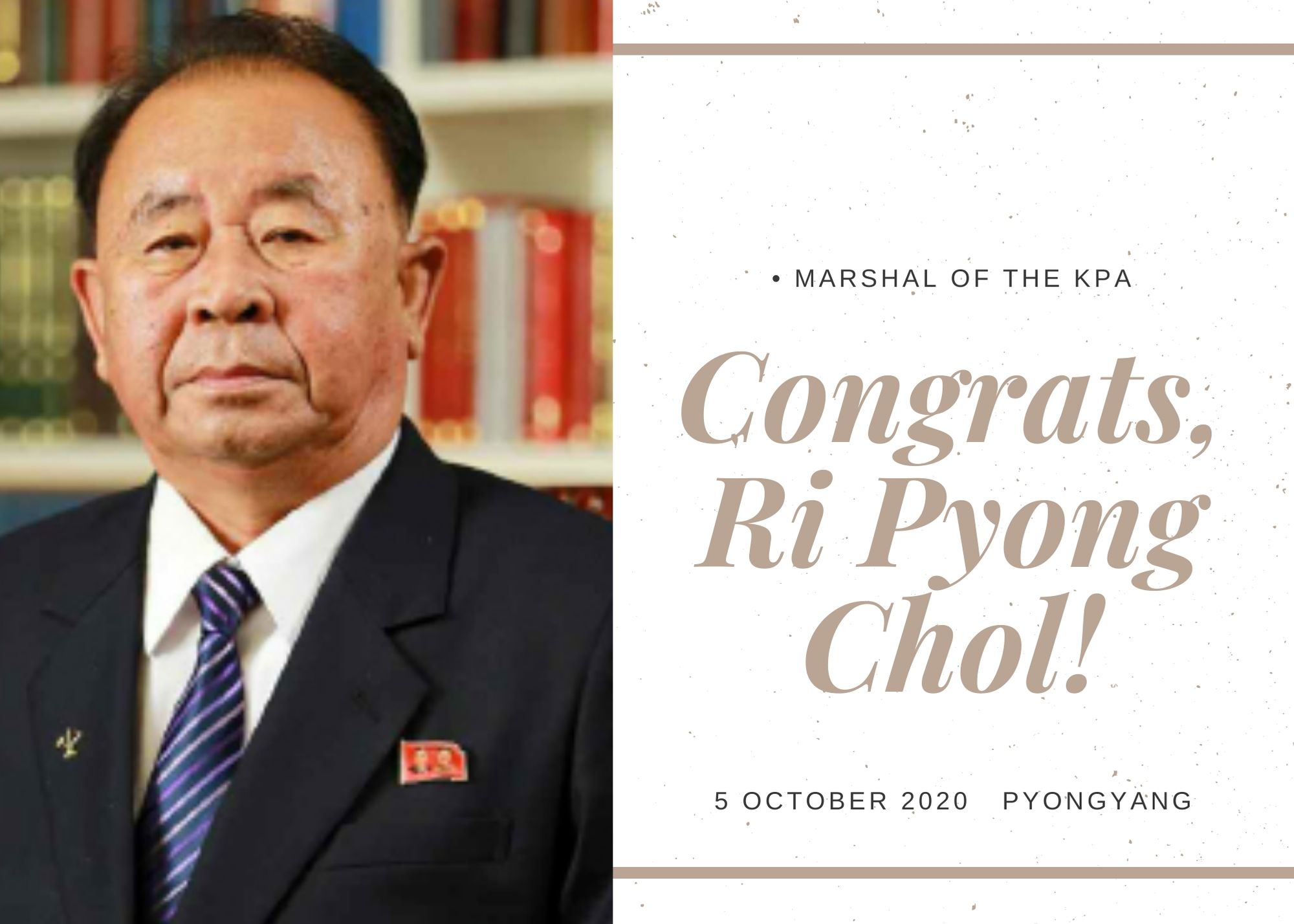