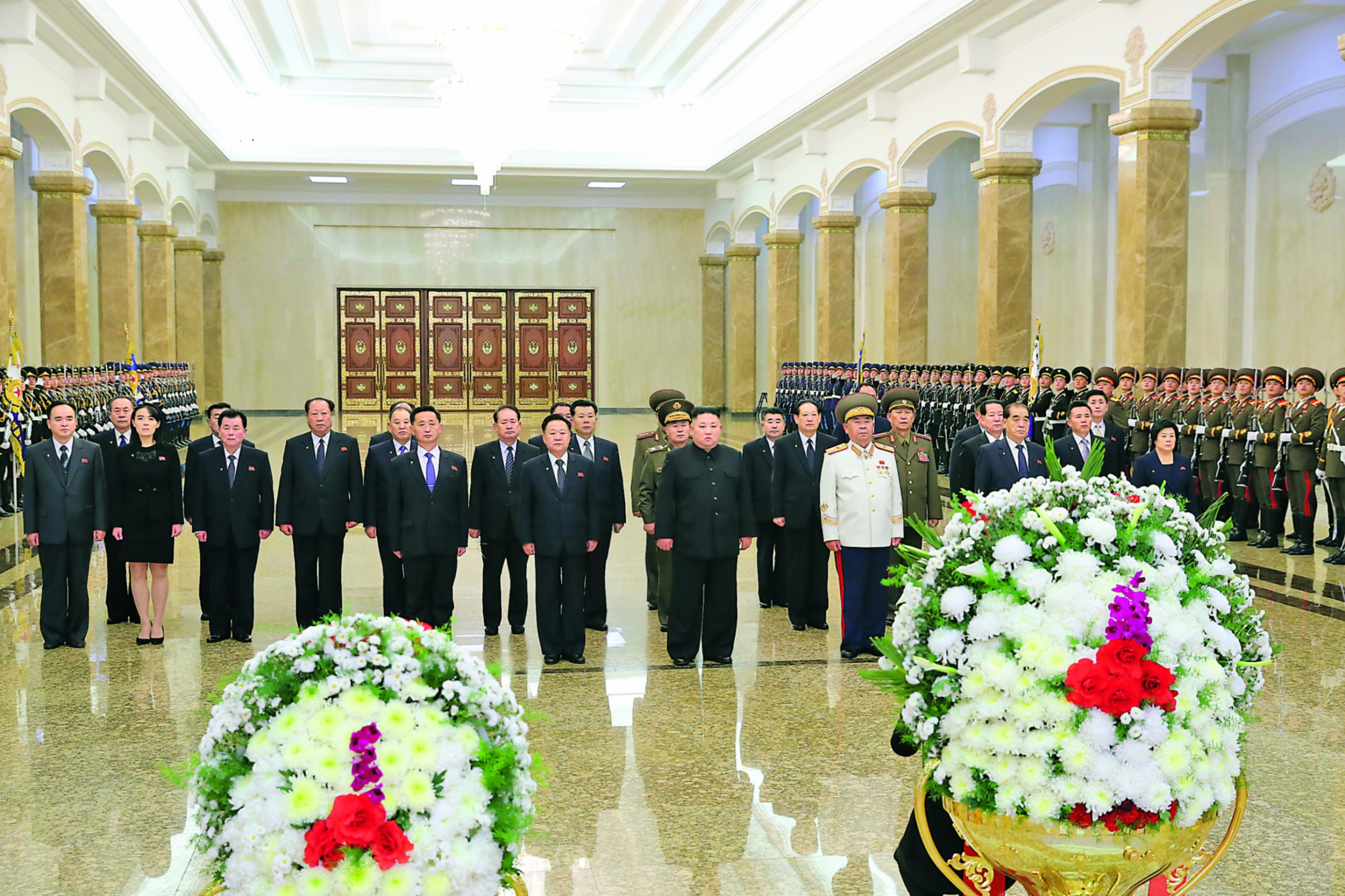 The group moved onto the chamber where Kim Jong Il’s preserved remains lie in state.  Kim Jong Un “made a deep bow in reverence for him who dedicated his whole life to the country and people with warm love and devotion ’til the last moments of his revolutionary life and glorified the dignified, great and ever-victorious Party and the country of single-minded unity all over the world.”

The senior DPRK officials visiting Ku’msusan “vowed to firmly defend and add luster to the idea and feats of Kim Jong Il and fulfill their heavy duty in the sacred struggle for a fresh victory of the socialist cause under the leadership of the Supreme Leader.”