KJU “paid his high tribute to the martyrs of the great years who brought about the July 27 miracle, recorded as the eternal tradition of victory for the country and the nation, in the raging flames of war with absolute loyalty to the Party and the leader, love for their own things and confidence in their strength and victory.”

KJU and the KPA commanders walked around the cemetery and looked at the graves.  He said that the “victory, won by the victorious wartime generation at the cost of their blood through the all-people resistance to defend the country in the middle of the 20th century, called the ‘century of war,’ was a heroic myth unprecedented in the history of the Korean nation and the history of the world revolution and a historic event which laid the groundwork for valor and mightiness of the newborn DPRK…this serves as our state and people’s best asset, a solid root for invincibility, that cannot be bartered for anything.”

KJU stressed “the need to always remember and creditably carry forward the heroic spirit and fighting traits of the great revolutionary generation, who laid a firm foundation for an independent power with their devoted sacrifice and undying feats, whenever the country grows stronger.”  He “affirmed that our country will always emerge victorious along with the miraculous victory when the entire Party, all the people and the whole army fully arm themselves with the indomitable fighting spirit of the forerunners and thoroughly apply it.” 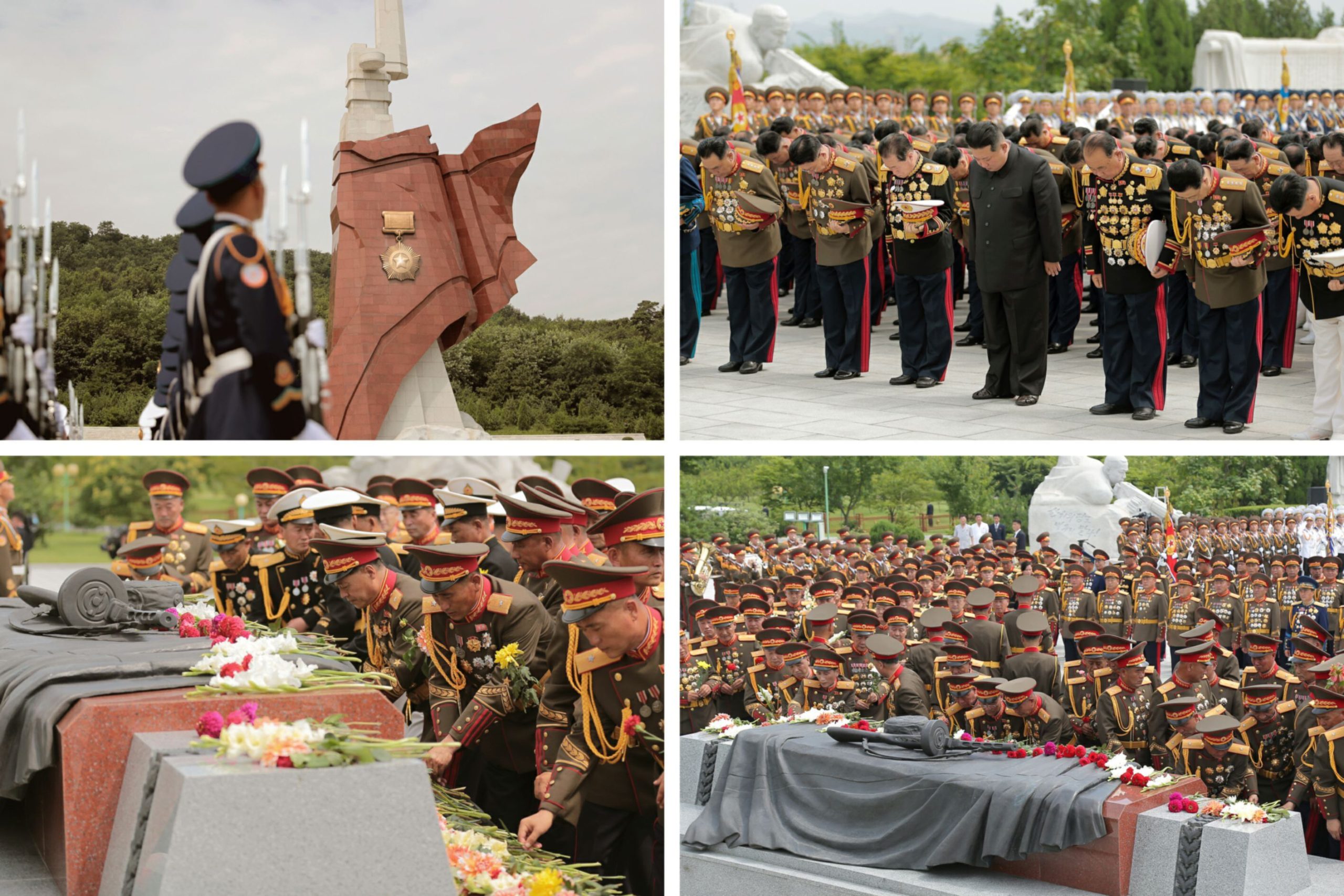