I have already published this in Radio Free Asia, so here is the English-language version.

I have previously written about the apparent decommissioning/downsizing of Camp No. 15 (Yodok) here. There has been some speculation in the media and in the human rights community about what has happened to the prisoners, but I am unaware of a final, conclusive evaluation.

Based on observations in satellite imagery, particularly from patterns of activity related to the decommissioned and recommissioned area that is known as Camp 18 (I don’t know the current name of the new camp since it was reopened), I suspect some of the prisoners have been moved from Camp 15 (Yodok) to the Kowon Mine area of Sudong District, South Phyongan Province. 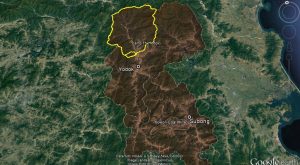 Pictured Above (Google Earth): The geographic relationship between Camp 15 and the Kowon Mine in Sudong District.

In Camp 15, the first housing to be raised  was in the Revolutionizing Zone in 2014. Shortly after that, housing in other parts of the camp slowly began falling into obvious states of disuse. However, the period where the most housing was razed or deteriorated took place after 2016-6-2.

No significant new housing was built in the town of Yodok, the closest town to the entrance of the prison camp, since the decommission/downsizing process began.

Here are some close-ups of these sites: 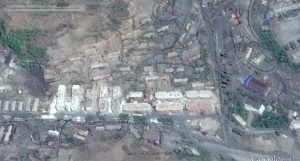 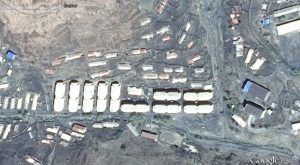 In the picture above (Top: 2014-5-5) we can see ten apartment blocks that are in different states of completion. This is the earliest available Google Earth image of this site, so I cannot say for sure when construction started. In the lower picture above (2017-4-18) we can see that all of the buildings have been completed, at least on the outside. 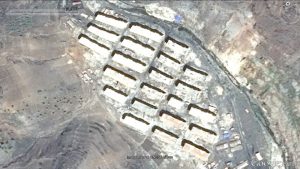 In the picture above (2017-4-18), we can see 22 apartment blocks under construction. It is not possible to say when construction work started or finished using Google Earth imagery. 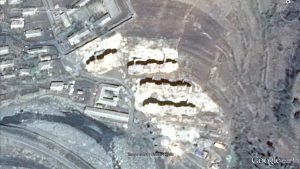 In the picture above (2017-4-18), we can see four apartment blocks under construction. 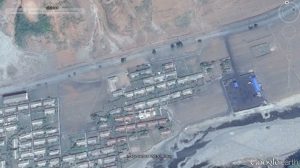 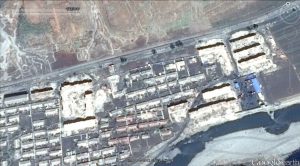 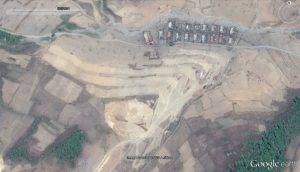 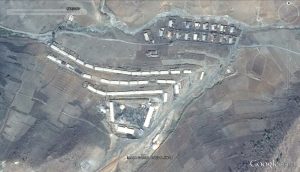 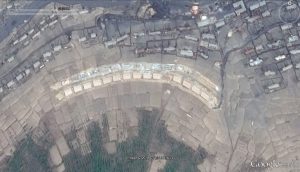 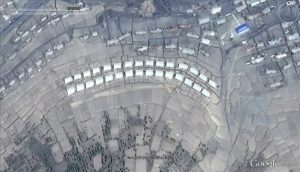 The evidence I have presented here is not conclusive, but it is worthy of further investigation by those with budgets to do so. In the images above, I have shown an uncharacteristic increase in local housing construction that takes place at the same time as housing in nearby prison camp 15 is being razed. There is not a similar build-up of housing at any of the other mines or towns near Camp 15, particularly Munchon and Chonnae Coal Mines, as far as I am aware. Additionally this pattern of resettlement to a nearby mine is the same that we saw with the closure and reopening of Camp 18.

It would not be too hard to estimate the number of apartments and families that are moving into these buildings, so if any readers want to do so and send me the findings, I will post them here.