Contemporary North Korea watchers (including myself) first noticed this boat in a Google Earth satellite image dated 2015-10-4. I mentioned it in articles for RFA (2016-2-3) and NK News. 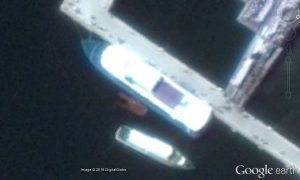 A check of historical imagery of the Nampho area also reveals the boat docked there on 2013-11-4.

The boat is quite large (appx 50m in length). At the time of publication, I speculated that it might be stored at a large boat house in north-eastern Pyongyang with some other leadership boats. Though this is the largest boat house I am aware of on the Taedong River, I am still not sure if this is the case. 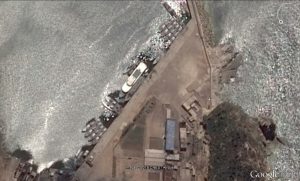 Despite the boat’s size, it does not appear on any other public (Google Earth) satellite imagery as far as I am aware.

Although its current purpose remains a mystery, it was recently featured on KCTV. According to the footage, the boat is actually quite old, and it used to be one of Kim Il-sung’s. 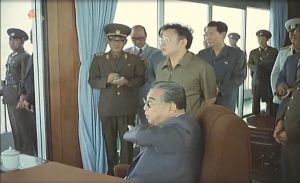 So despite only being recently “discovered” by the open source community, the boat appears to have been around for some time, and it does not appear to violate the UNSC prohibition on the export of luxury goods to North Korea. It may be one of Kim Jong-un’s boats (he may have inherited it), but it is possible it has been “handed down” to some other agency (for use by senior navy personnel for example) at some point when the Kim family upgraded their transportation options. The evidence for this latter theory is that the boat’s location does not coincide with any of Kim Jong-un’s guidance trips. However, this is not definitive evidence since Kim makes public appearances that are not reported in the official media, or are reported to have taken place on different days than they actually occurred.