Aside from these developments in “the big four,” there have been interesting changes in some of the DPRK’s smaller SEZs, and this year two more SEZs were announced.

Since 2014, Hwanggumpyong has seen the construction of a single large building. While the purpose of this building is yet unclear—some believe it will be a joint Sino-DPRK SEZ administration office while others believe it might be a hotel being constructed by a Chinese firm—construction seems nearing completion. 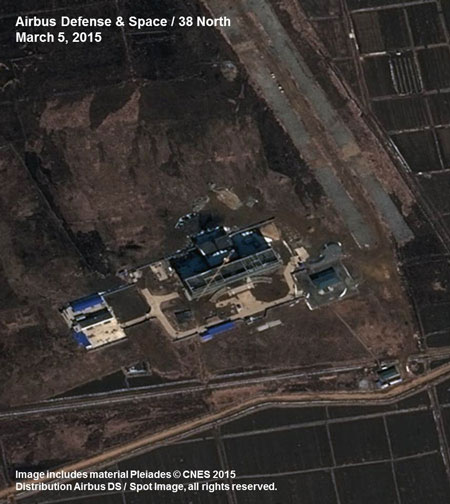 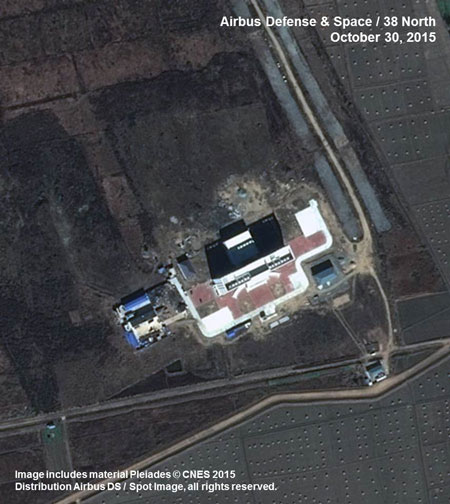 In December 2013, Chinese media reported that a contract had been finalized for the Onsong Island Tourist Development Zone. According to Chinese media:

“But the exact development agenda hasn’t been set as Tumen will invite investors to make their decisions,” he said.[1]

To date, little work has been conducted in the zone.

Like Hwanggumpyong on the west coast, the Onsong SEZ is on a patch of land on the Chinese side of the Tumen River. It is not connected to the DPRK mainland either via geography or infrastructure. However, this zone may be unique among the SEZs because part of it lies on Chinese sovereign territory (in yellow) and part of it lies on North Korean sovereign territory (in blue, on the North side of the river). Little work has been done here, although a dirt road was built on the North Korean land between October 6, 2014 and August 5, 2015.

Return to last section: The Rason Economic and Trade Zone