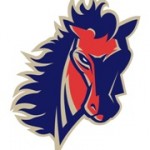 “I assume this is part of Washington’s green strategy.” Inspector O rarely begins conversations so definitively.

“It depends on what you mean by ‘this,’ ” I replied. We were in a hotel bar in Singapore. It was exceedingly dark, except for a small candle flickering in front of the only other person at the bar, a young woman with long black hair who kept looking sideways at O as if she needed talk to him.

“You know what I mean.” O picked up the drink. “What is this? Gin?” He took a sip and shuddered slightly. “Some people think you’re cutting back on automobile travel. Gasoline shortage?” He smiled.

“What makes you think the Administration wants to cut back on automobile travel?” It wasn’t a real question. I was just buying time, trying to figure out what he was up to.

“Your State Department spokesman has been spending a lot of time talking about horses, that’s why. So has your Secretary of Defense. Just before I left Pyongyang, I was told to find out if you are reconstituting the 7th cavalry.” O raised his glass. “Cheers.”

“I still don’t know what you’re talking about.” We clinked glasses. “Mud in your eye.”

“Sure you do. Again the other day one of your people brought up horses. He said you’re not buying them, which is being interpreted in Pyongyang as meaning that you must have been, at one point, in the market.”

A light went on in my head.  “That? That’s just a way of simplifying thought.  People feel smug when they do it, like they have outsmarted someone. It’s sort of verbal swagger.”

O gave me a blank look.

“Not buying the same horse twice, that’s the phrase, right? It means we aren’t going to pay for your nuclear program again.”

“I didn’t think we used horses in our nuclear program.” O swirled the pale liquid in his glass. “I’m not a nuclear scientist, of course, so I could be wrong. Why did you order me a gin? I don’t drink gin. I thought you already knew that.”

“Listen, forget horses, will you? People are convinced you’re selling us the same bill of goods over and over, that’s all. We’re not interested in buying anymore.”

“You’re accusing us of selling dog meat as mutton, that sort of thing?”

“No, everyone does that.”

“So what’s the problem, exactly?”

“I told you, people are tired of making the same deal, that’s all.  We’re not going to do it again.” I was getting a little heated. “We bought it once under Clinton, again under Bush. Now the Obama people want to show how tough they are. You’ll probably have to do some reading about the American frontier to understand the phrase.”

“Don’t worry so much about what I read.”

“OK, tell me, what do you know about the Wild West?”

“I know that you used to hang horse thieves.”

“We did.” This had all the markings of cliff, but I was already over the edge. “What of it?”

“If we hanged horse thieves, you’d say it was a human rights violation.”

“You want to talk human rights?”

The young woman down the bar cleared her throat. O looked over at her briefly, and then seemed to remember something. “What if they were different horses?”

“What if you were buying different horses? The first one was a thoroughbred.  A little slow out of the starting gate, but coming into the final turn it was running well.”

“Someone shot it in the head before it could cross the finish line.”

I nodded. “And the second?”

“The second one wasn’t much of anything. Lame, nearly blind, not good for very much.  Actually, it was you who tried to sell it to us.” He finished his drink. “Can I ask you a question?”

“Why haven’t I seen you on Colbert?”

That caught me off balance, I admit. “Probably because no one has asked me.”

“They’ve asked everyone else, haven’t they?”

“Yeah, and all because of your nuclear program.”

O leaned close to me. “If Colbert mentions anything about a horse, tell him not to worry.

“Because it’s already left the barn.”

I motioned the bartender over. “One more for me. A martini. Three olives.  And something for my friend. Another gin?”

“Nothing for me,” said O sliding off the bar stool. “Got to mosey on out of here, pardner.” He nodded at the girl with the long black hair. “Evenin’ ma’am.”

“Nickels,” I started to say, but he had already disappeared into the darkness.